Home » World News » How long was Michael Schumacher in a coma and when did he wake up? 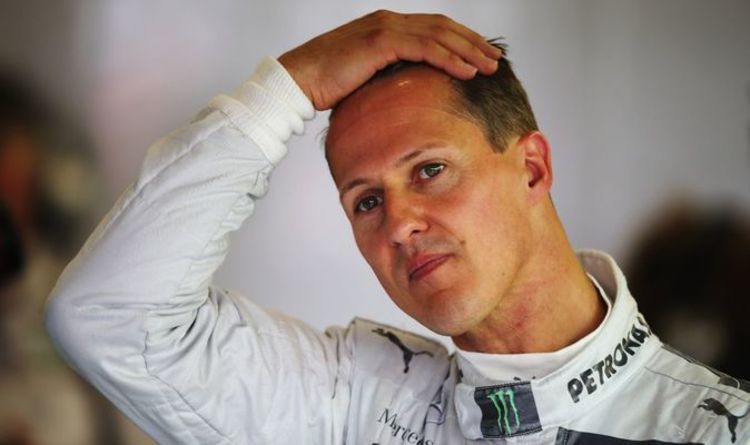 In 2013 Michael Schumacher had a bright future, having just retired from an outstanding Formula One (F1) career, where he dominated the field for 17 years. Until Lewis Hamilton came along the German race-car driver held the record for the most F1 Grand Prix race victories, standing at a whopping 91.

But then disaster struck while he was on a family skiing holiday in France.

Despite wearing a helmet Mr Schumacher suffered life-changing injuries when he fell and hit his head on a rock while crossing an off-piste area.

The accident happened on the slopes above Méribel in the French Alps on December 29, 2013.

Mr Schumacher was skiing with his son Mick, who was 14-years-old at the time when the accident happened.

He was flown to hospital but the racing star had suffered a severe brain injury.

How long was Michael Schumacher in a coma?

After undergoing surgery, doctors were forced to put him in a medically induced coma.

They began effort to wake him up in January 2014, but it wasn’t until June that he regained full consciousness.

This means the world champion had been in a coma for nearly six months.

When did Michael Schumacher wake up?

Mr Schumacher was finally brought out of his coma in June 2014.

He was then moved to another hospital in Switzerland.

Eventually he was then allowed to return to his Lake Geneva home.

How is Michael Schumacher now?

After he woke up from his coma, the racing star was then sent to his home in Lake Geneva to rehabilitate.

Despite this Michael Schumacher continues to suffer from life-changing injuries, though the extent to which has never been revealed by his family.

The Telegraph reported in 2014, the racer was “paralysed and in a wheelchair”.

Mr Schumacher has not been seen in public since his accident in 2013.

After an eight-year silence, his family have now opened up about his condition.

Speaking on the Netflix documentary, Schumacher, released on September 15, the racing star’s wife, Corinna said: “I miss Michael every day. But Michael is here – different, but here. He still shows me how strong he is every day.”

Mrs Schumacher was keen to stress in the documentary that the family were protecting the racing star by shielding him from public view.

She said: “We are trying to carry on as a family, the way Michael liked it and still does.

“We live together at home. We do therapy. We do everything we can to make Michael better and to make sure he’s comfortable.

“We are getting on with our lives, ‘private is private’ as he always said. It’s very important to me that he can continue to enjoy his private life as much as possible.

“Michael always protected us, now we are protecting Michael.”

Ghislaine Maxwell's testimony about her sex life could be released