Last week, Turkey’s President Recep Tayyp Edorgan threatened to send millions of refugees to Europe, in retaliation for attracting world criticism of his military operation in northern Syria, that has left 17 civilians dead. Launching an attack at the EU, Mr Erdgoan warned he would “open the gates” if anyone called his offensive “an invasion”. Since Turkish troops and its Syrian rebel allies launched a cross-border incursion against Kurdish-led Syrian Democratic Forces (SDF) last Wednesday, dozens of fighters on both sides have been killed.

Responding to Turkey’s threat, Hungary’s Prime Minister Viktor Orban vowed to “use force” to protect its southern border in Serbia.

In 2015, after hundreds of thousands of people entered the country, Mr Orban decided to build a steel fence on Hungary’s border with Serbia and has often been in disagreement with the EU over his policies affecting migrants.

Last night, he told private broadcaster HirTV: “The next week will decide what Turkey does with these people.

“It can steer them in two directions: take them back to Syria or set them off towards Europe. 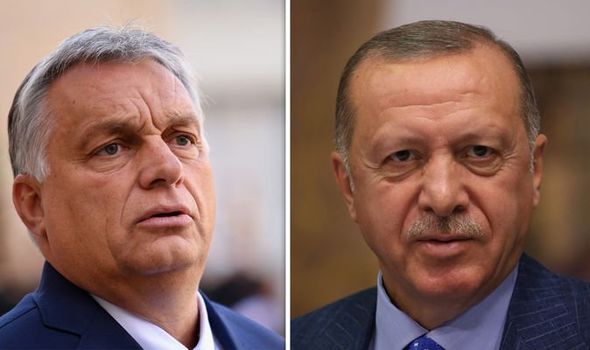 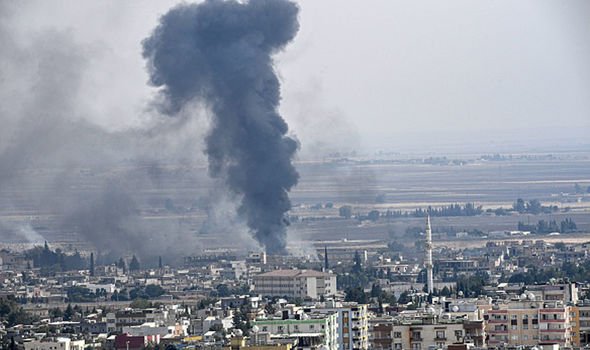 “If Turkey chooses the latter, these people will arrive at Hungary’s southern border in huge masses.”

Mr Orban noted that there are currently about 90,000 people on the Balkans migration route and their ranks could soon swell to 100,000.

He added: “If Turkey sets off further hundreds of thousands on top of this, then we will need to use force to protect the Hungarian border and the Serbian-Hungarian frontier and I do not wish for anyone that we should need to resort to that.”

Despite being critical of Ankara, Mr Orban also claimed the EU should provide more funds to Turkey to help rebuild Syrian towns. 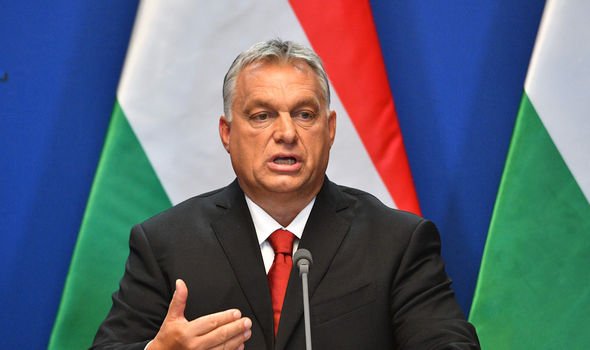 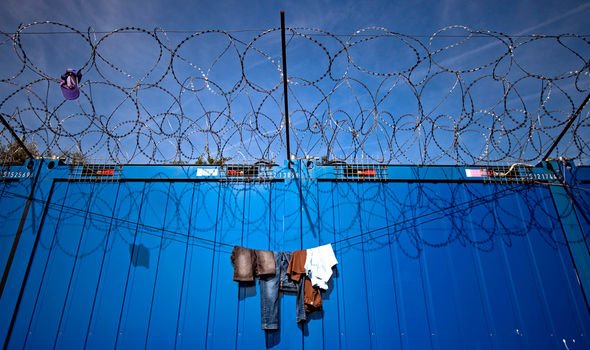 In recent years, Mr Orban’s government nurtured close relations with Turkey, China and some ex-Soviet states in Middle Asia as part of an eastern opening initiative.

Despite condemning its threat to “open the gates”, Budapest broke ranks with the EU last week after it refused to criticise Turkey’s offensive in Syria, claiming it is in the Hungarian national interest if the incursion stops migrants reaching Europe.

Mr Erdogan thanked Mr Orban for his support in the international arena, after Mr Szijjarto admitted to blocking “for a long time” an EU statement that urged Turkey to stop an incursion that Brussels fears could create many more refugees. 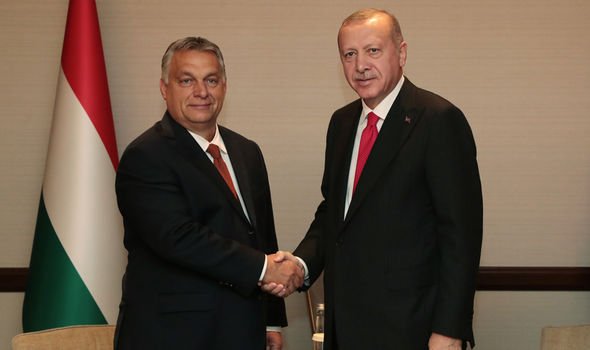 Mr Szijjarto said the government was “looking exclusively at [Hungary’s] national interests in this matter, not the interests of others”.

He said: “The Hungarian national interest is to avoid another several hundreds of thousands or several million migrants appearing at the Hungarian border.”

Turkish President Tayyip Erdogan is due to come to Budapest for a visit early next month.

Teen lad, 19, ‘stabbed to death after standing up to knifeman in row over £5’

While You Were Sleeping: 5 stories you might have missed, March 13