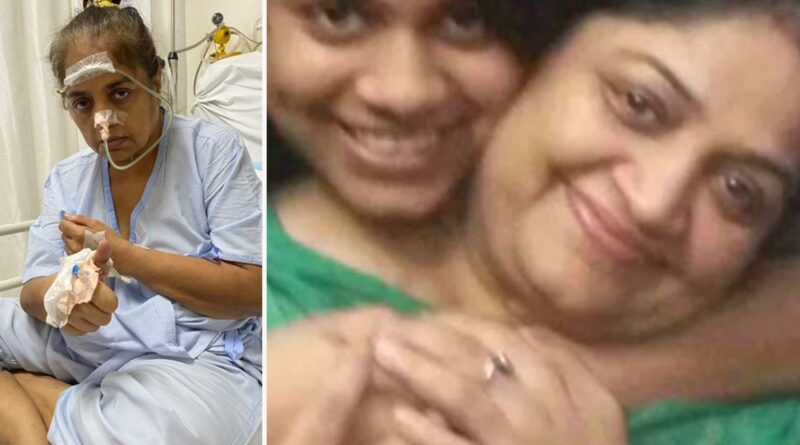 A "HELPLESS" daughter sobbed while watching on a video call as her mum lay paralysed on the floor after having a terrifying stroke 4,000 miles away.

Nikita Jones, 32, looked on from her home in Gwynedd, Wales, as Sushil Jain, 55, lay frozen in a puddle of her own urine at her house in New Delhi, India. 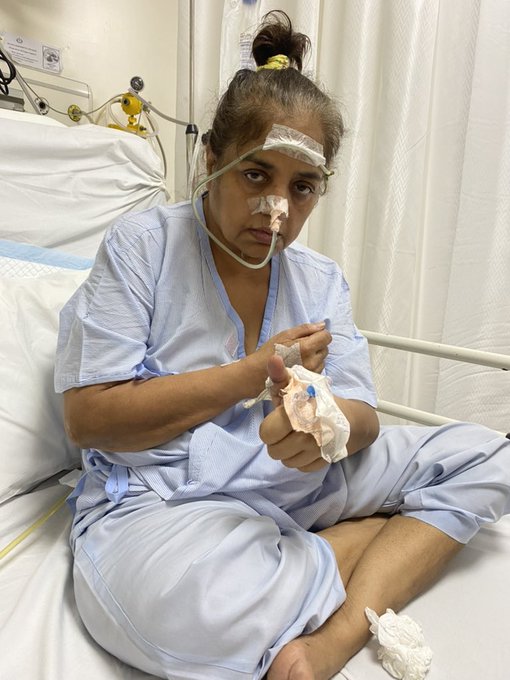 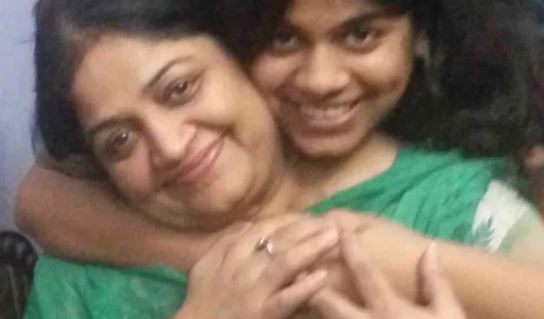 Frantic family members video called Nikita when they discovered Sushil on the ground in September – weeks after the mum-of-one was admitted to hospital with tuberculosis.

It was later discovered that the TB had spread to her brain – a phenomenon known as disseminated tuberculosis – which caused swelling and led to a stroke.

Nikita told of the horror at witnessing her mum passed out in her own urine in the video.

She told the Sun: "I don't think that I have enough words in my vocabulary to describe what that was like. That broke me. That really, really broke me.

"I felt so lonely and helpless.

"The theme I experienced that week was unbelievable helplessness. I have never felt so helpless and my life. No-one would do anything right, no-one would tell me anything."

Sushil was first diagnosed with TB in July and – bar a few infections caused by the medication – she was doing well until her collapse.

It took weeks for the mum to be moved to a suitable hospital – with a MRI finally finding the TB had spread to her brain and caused the stroke.

Panicked Nikita applied for an emergency visa with the help of her local MP, and was able to fly to India to be with her mum on October 10.

"Everybody kept telling me that she was going to die. No-one gave me any hope.

"I was sobbing like a little baby. I couldn't stop crying. I sobbed and sobbed. The only reason I stopped was because I couldn't cry any more," she added.

Since Nikita arrived in India, Sushil has improved massively.

But the daughter quickly realised she was unable to fork out £1,000-a-day to cover the cost of the intensive care unit at Sir Ganga Ram Hospital, New Delhi, so launched a GoFundMe page to help cover the cost.

While the bill has since been cut to around £650-a-day after her mum was moved from the ICU to a lower-intensity ward, she still fears her personal savings won't cover it.

Nikita has been documenting her mum's progress in heartfelt videos on Twitter.

"She's making a lot of improvements. We have gone from a five per cent survival chance to a strong chance she will fully recover.

"The TB in her lungs has cleared quite a lot. We are just trying to get her to speak.

"She's able to move her limbs. She's still non-verbal but she's been communicating through writing. She's still having food through a tube."

But the mum-of-two – an only child whose dad died before she was born – says it's "difficult" being in India and caring for her mother without her husband and children by her side.

The choice is between my pride and my mother's life. Her life is far more important than my pride

She added: "Mum only improves when I am in. It is difficult. When I go back home I have no-one to share that with. I wish I had someone to hug.

"I feel like I am putting a brave face on because if I show it she will get upset too."

The GoFundMe has so far raised nearly £6,000 for Nikita and Sushil.

"Personally I have never asked anyone for any financial help ever. The choice is between my pride and my mother's life.

"Her life is far more important than my pride." 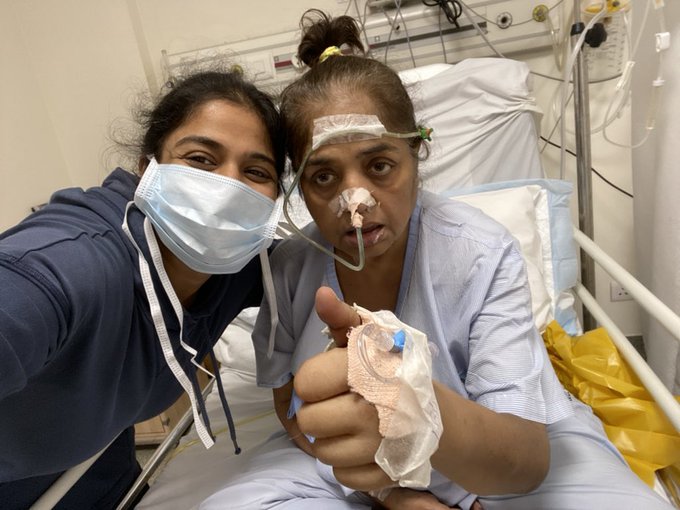 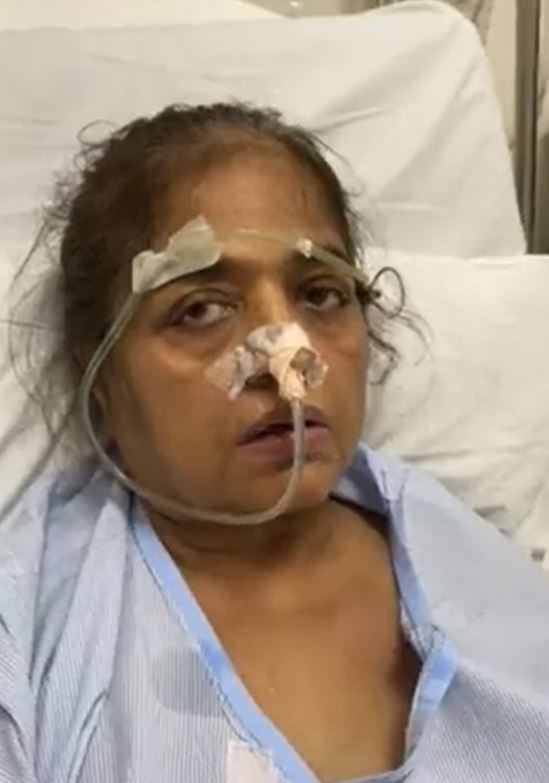 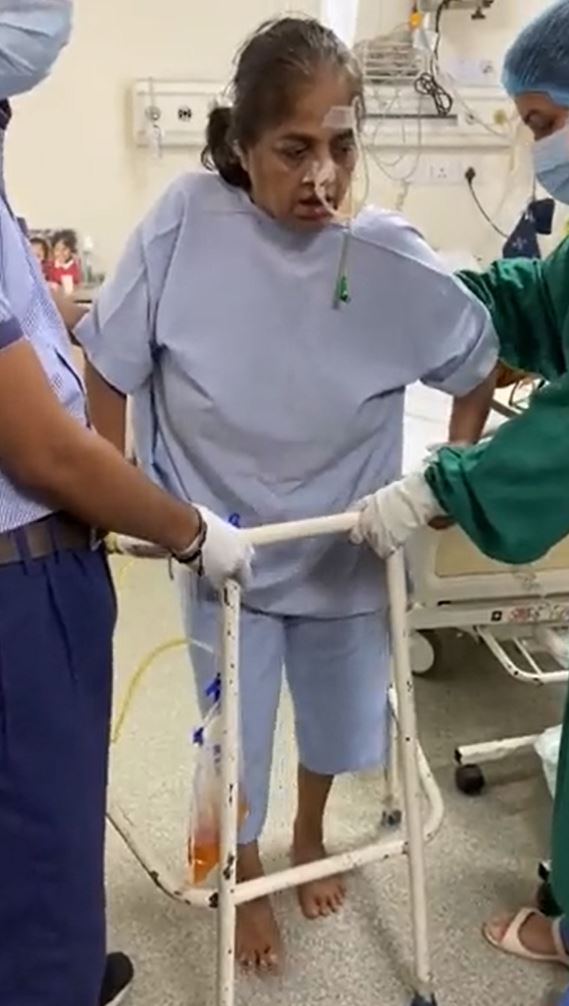 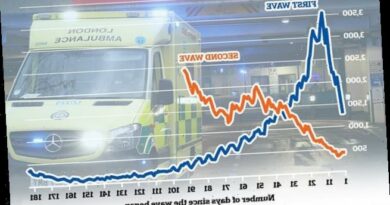 Chief medical officers warn there is 'risk of NHS being overwhelmed'

Ky. Mom Whose Son 'Meant the World to Her' Is Found Slain, and Boyfriend Allegedly Confessed

Dad 'punched, drowned and burned body of his daughter, 5, because he believed she was controlled by witchcraft'