Home » World News » Ida: At least 1 dead, more than a million customers without power in Louisiana 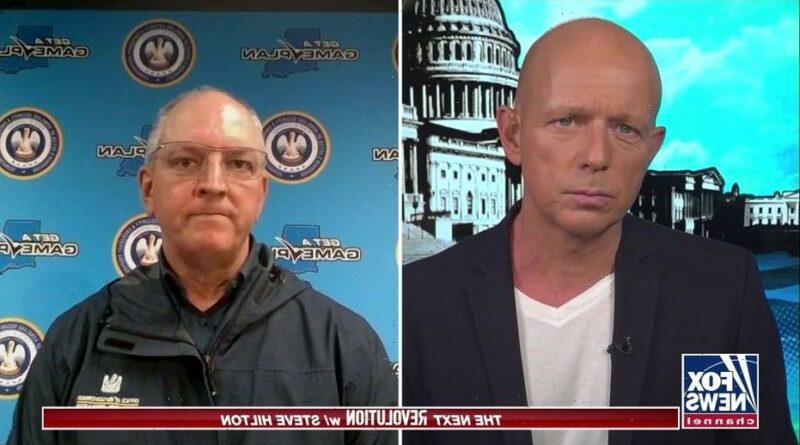 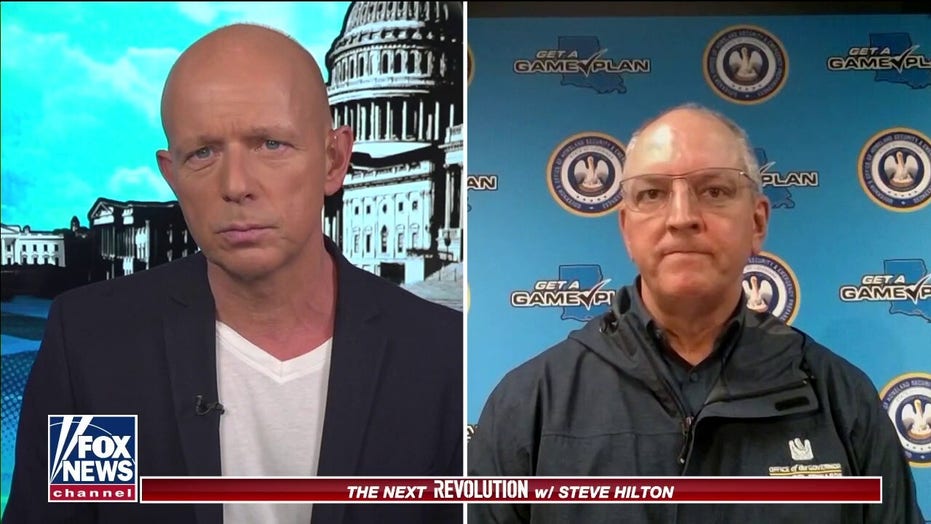 Ida, the powerful hurricane that was downgraded to a tropical storm early Monday, continued to pound Louisiana after leaving more than a million customers without power, the entire city of New Orleans in the dark, and at least one person dead.

As of 4 a.m. local time, Ida was located about 95 miles south-southwest of Jackson, Mississippi, with maximum sustained winds of 60 mph – down from 105 mph late Sunday, according to the National Hurricane Center (NHC). The storm was moving north at 8 mph.

A hurricane warning has been replaced with a tropical storm warning from Grand Isle, Louisiana, to the mouth of the Pearl River, as well as Lake Pontchartrain, Lake Maurepas, and metropolitan New Orleans. 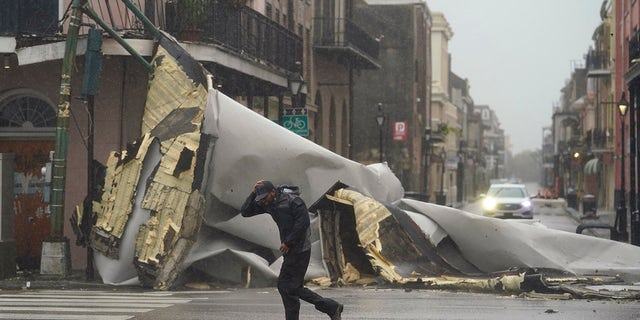 A man passes by a section of roof that was blown off of a building in the French Quarter by Hurricane Ida winds, Sunday, Aug. 29, 2021, in New Orleans. (AP Photo/Eric Gay)

Dangerous storm surge, damaging winds and flash flooding are still continuing over portions of southeastern Louisiana and southern Mississippi, according to the NHC.

Louisiana Gov. John Bel Edwards had said that Ida could be the most powerful hurricane to hit the state in more than 160 years.

On Sunday evening, all of New Orleans was without power, according to city officials. Entergy New Orleans, the city’s power supplier, said Ida’s intensity has caused catastrophic damage, including a “load imbalance to the company’s transmission and generation.”

The city relies on Entergy for backup power for the pumps that remove storm water from city streets. Entergy said the only power in the city was coming from generators. 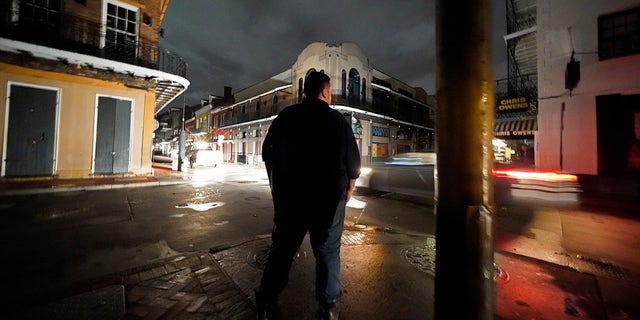 Greg Nazarko, manager of the Bourbon Bandstand bar on Bourbon Street, stands outside the club, where he rode out the storm, after Hurricane Ida that knocked out power in New Orleans, Monday, Aug. 30, 2021. (AP Photo/Gerald Herbert)

The Sewerage & Water Board of New Orleans lost Entergy power but said in an update that its teams were working to make up for it by using their own self-generated power sources.

Residents were urged to limit water usage at home to prevent sewage backups. They were asked to minimize wastewater leaving their homes by “not running your dishwasher or washing clothes.”

“We have worked to obtain backup power for some of these stations & we will mobilize those units when it is safe to traverse the city,” SWB New Orleans tweeted. “In order to prevent sewage backups, we have asked residents to limit water usage at home, thus decreasing the amount of wastewater we must remove.”

As of early Monday, more than one million customers were without power in Louisiana, according to PowerOutage.US, which tracks nationwide outages. More than 43,000 customers also didn’t have power in Mississippi.

The first death related to Ida was reported in Prairieville, Louisiana, according to the Ascension Parish Sheriff’s Office. The unidentified person was found dead following reports of a fallen tree on a home.

“Tonight, we have confirmed at least one death and sadly, we know there will be others. Thousands of our people are without power and there is untold damage to property across the impacted parishes,” Edwards wrote in a statement late Sunday.

Edwards, a Democrat had requested President Biden declare a major disaster for Louisiana. Biden did so on Sunday, ordering federal aid to supplement state, tribal and local recovery efforts in the areas impacted by Hurricane Ida.

Meanwhile, the mayor of Jean Lafitte, Louisiana, said rescue teams were being put together to save up to 200 people believed to be in immediate or imminent danger after tidal surge overtopped levees.

“The Town of Jean Lafitte Tidal Surge Levees have overtopped,” Mayor Tim Kerner Jr. wrote on Facebook. “Please prepare yourself if you live inside the tidal surge system.”

Kerner called it the “worst storm in our history,” according to WGNO-TV.

“We have a small group trying to take out the people in the most imminent danger,” Kerner told the station. “This is a very dangerous situation. I’ve never seen so much water in my life. We’ve lost our school and everything, but now with people’s lives, it has turned into a total rescue mission.”

“People’s lives are I believe at stake now,” he continued. “We are trying to get them out as soon as fast as we can and as soon as this weather [breaks] we are going to send an army to them.”

An evacuation order was made by the Plaquemines Parish government following reports of an apparent levee issue. People near the Alliance to Oakville Floodgate were asked to evacuate immediately after the failure.

“There has been a failure near Hwy 23 in Alliance,” the Plaquemines Parish government wrote on Facebook. “Flood waters are heading northbound on Hwy 23 from Alliance.”

Other images and videos on social media captured the devastation across Louisiana.

Comparisons to the Aug. 29, 2005, landfall of Katrina weighed heavily on residents bracing for Ida. Katrina was blamed for 1,800 deaths as it caused levee breaches and catastrophic flooding in New Orleans. Ida’s hurricane-force winds had stretched 50 miles from the storm’s eye, or about half the size of Katrina, and a New Orleans’ infrastructure official emphasized that the city is in a “very different place than it was 16 years ago.”

The levee system has been massively overhauled since Katrina, Ramsey Green, deputy chief administrative officer for infrastructure, said before the worst of the storm hit. Green said if forecasts of up to 20 inches of rain prove true, the city’s underfunded and neglected network of pumps, underground pipes and surface canals likely won’t be able to keep up.

An inside look at Alberta’s ‘war room’