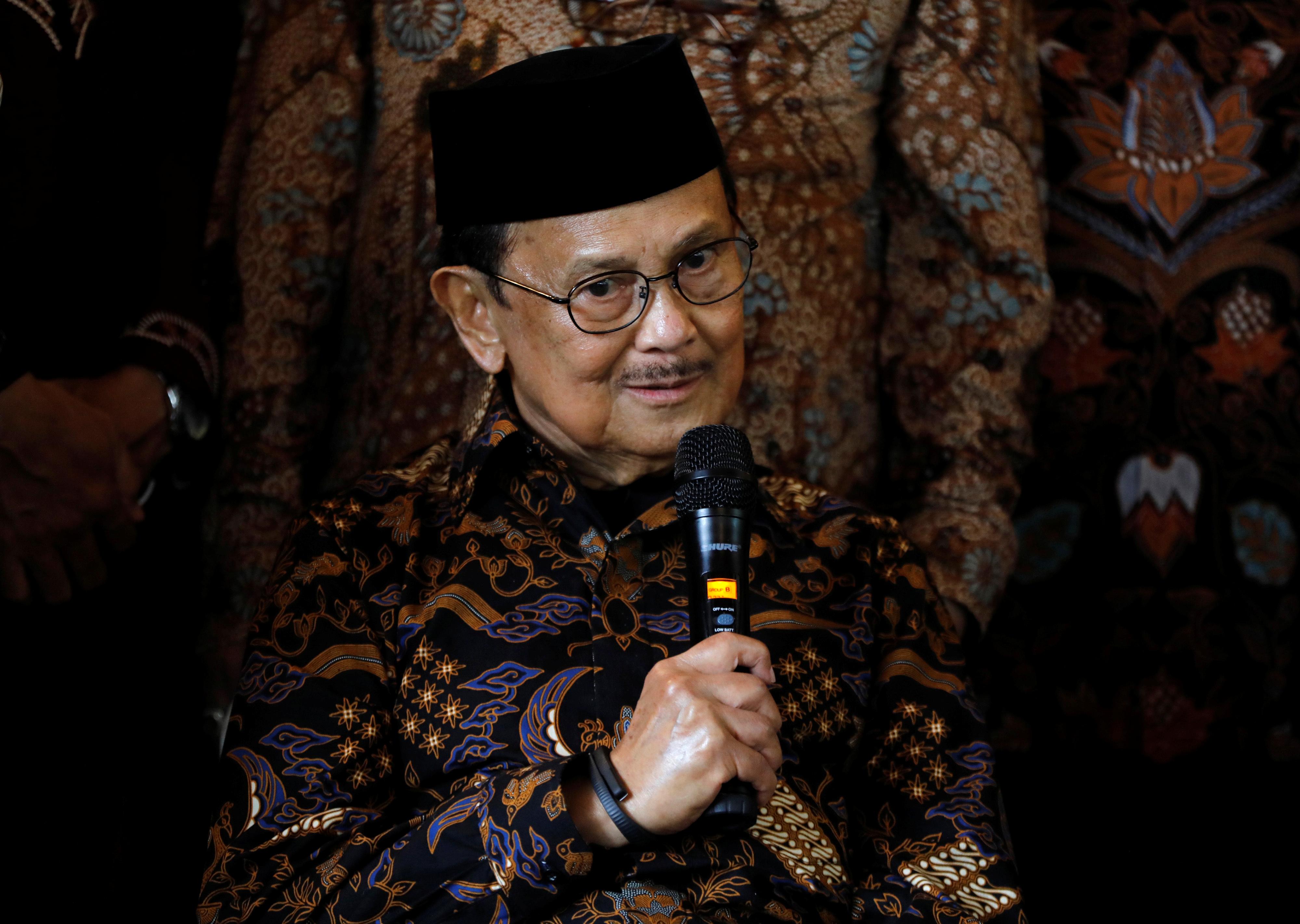 JAKARTA (Reuters) – Former Indonesian president B.J. Habibie, who came to power during the country’s turbulent transition to democracy after former strongman leader Suharto stepped down in 1998, has died, his son said on Wednesday.

An engineer by training, Habibie succeeded Suharto as Indonesia’s third president only months after becoming his deputy, just as the country sank into a spasms of rioting and economic upheaval.

He held power for 17 months until the late Abdurrahman Wahid became president and his tenure was marked by his agreeing to a referendum for the people of former Portuguese colony East Timor.

Indonesian troops invaded in December 1975 and the following year annexed East Timor as its 27th province.

But Habibie abruptly changed longheld policy in January 1999 and said East Timor could have independence if it rejected autonomy within Indonesia. The East Timorese later voted for independence, unleashing a wave of violence.

Habibie was also known for his quest to turn Indonesia into a technological powerhouse, including trying to develop a national aircraft industry.

President Joko Widodo, speaking at the hospital where Habibie was being treated, described Habibie as a “world class scientist and the father of technology in Indonesia”.