Home » World News » Inside Area 52's secret military base where 'bombs, nukes, and POISON' are tested in the Nevada desert 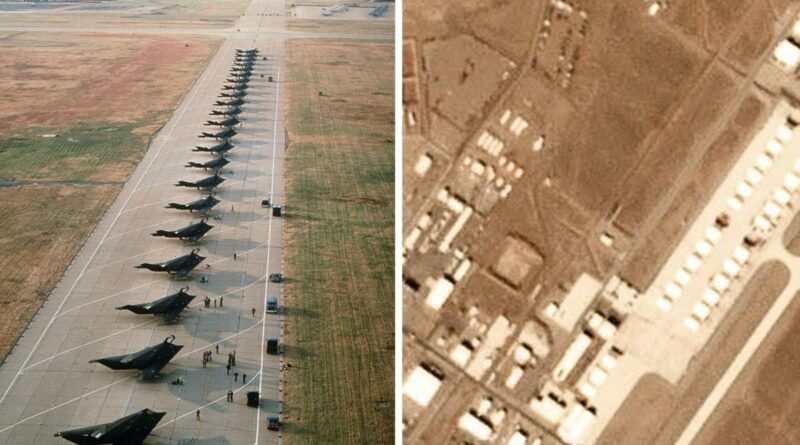 AREA 51, the highly classified US Air Force base which has for years been at the center of a conspiracy among alien fanatics and ufologists, has a lesser-known sister facility that harbors its own dark secrets.

Area 52, otherwise known as the Tonopah Test Range (TTR), is located in Tonopah, Nevada, around 70 miles northwest of the famed Area 51 facility. 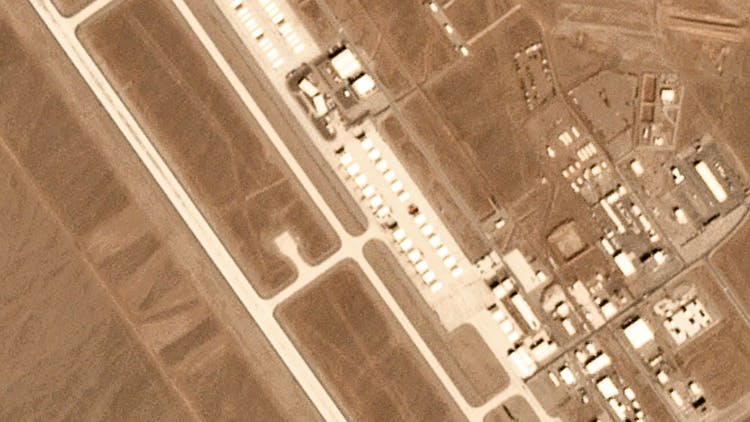 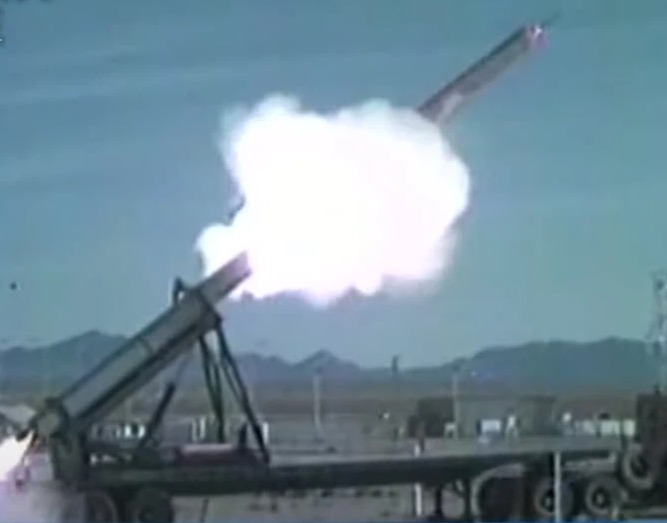 The military facility spans 525 square miles and was opened in 1957 as a testing site for United States Department of Energy weapons programs.

Missles have been tested, bombs have been dropped and state-of-the-art aircraft have all been piloted at the base over the last six decades.

Between 1977 and 1988, the range hosted a combat training program code-named Constant Peg which tested Russian Mikoyan MiG aircraft against US aircrews, radars, and UAVs.

Despite flying thousands of missions over the course of 11 years, the operation was kept completely secret until November 2006.

The famed twin-engine stealth attack aircraft Lockheed F-117 Nighthawk was also secretly tested at the site from 1982 through 1989 while the F-117 program was classified.

But around 1992, very little is known about the aircraft that were tested at the site thereafter.

Still, the base remains incredibly active today and just four years ago received a number of state-of-the-art upgrades to help advance the US' nuclear arsenal modernization initiative, as well as other programs. 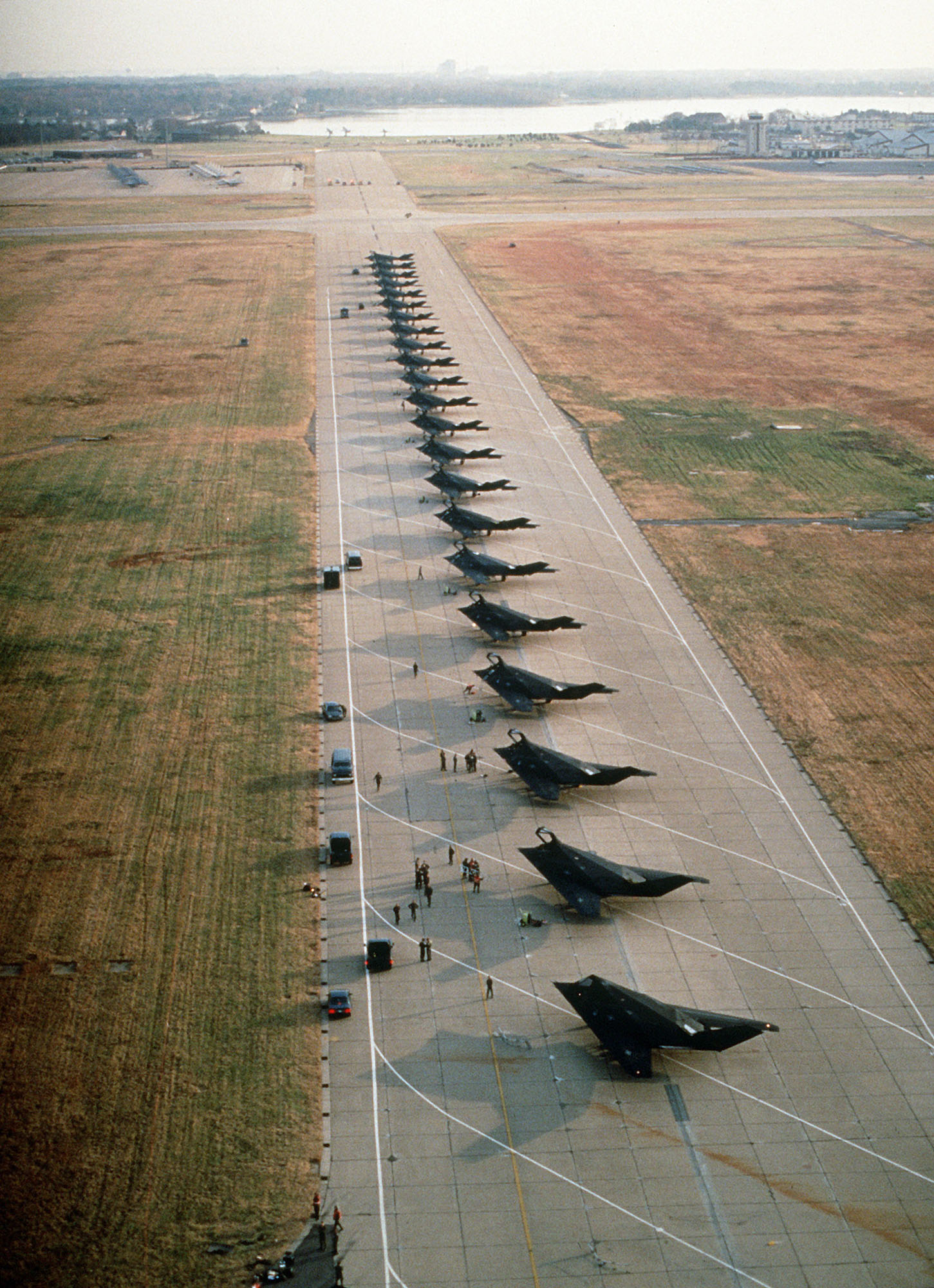 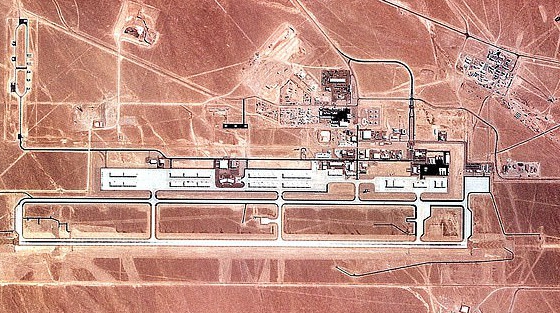 One of the primary facilities at the base is a large airfield, consisting of a 12,000-foot runway and numerous hangars.

A glimpse at the facility also shows 50 twin-level dormitories capable of housing thousands of workers.

Workers who are flown in to work at the base land in a private terminal and are escorted via government vehicles, local reports say.

According to its website, TTR "offers a wide array of signal-tracking equipment, including video, high-speed cameras, and radar-tracking devices.

"This equipment is used to characterize ballistics, aerodynamics, and parachute performance for artillery shells, bomb drops, missiles, and rockets."

While the facility is known publicly as TTR, in government documents it is referred to as Area 52.

Recent listed test activities at the base are listed to have included trajectory studies of simulated weapons, air-launched rockets, explosives testing, and ground penetrator tests.

Much of the site is currently said to be off-limits because of contaminants in the environment and soil as a result of decades-worth of weapons tests.

The Department of Energy said it has been trying to decontaminate the site for a number of years via something called the "Soils-Sub Project" to determine soil contamination levels resulting from nuclear weapons tests conducted in 1963.

That 1963 test, held between the US and UK, was known as "Operation Roller Coaster" and evaluated the distribution of radioactive particles in a "dirty bomb."

On several occasions, so-called classified "black projects" have moved from Area 51 to Area 52 to be completed, such as the F-117 program.

Unlike its sister facility, Area 52 is visible on maps and via satellite, though the road leading up to its front gates is not.

However, much like Area 51 – which for years UFO truthers have claimed is actually an alien research lab – the mysterious Area 52 has found itself at the center of a number of conspiracies.

Retired CIA pilot-turned conspiracy theorist John Lear claimed in a 2007 interview that a nuclear device was used to create a giant secret chamber beneath the site that's capable of housing 25,000 people.

Lear claimed to have heard about the bunker's existence from a cement truck driver who had worked at the site.

"He said it would take four hours to get to the bottom, dump the cement, then wind his way back up. For some reason, he disappeared off the face of the earth after he told us that story," Lear said.

He further alleges there's a high-speed underground train that runs from Area 52 to Las Vegas, a concept that was discredited by local officials at the time. 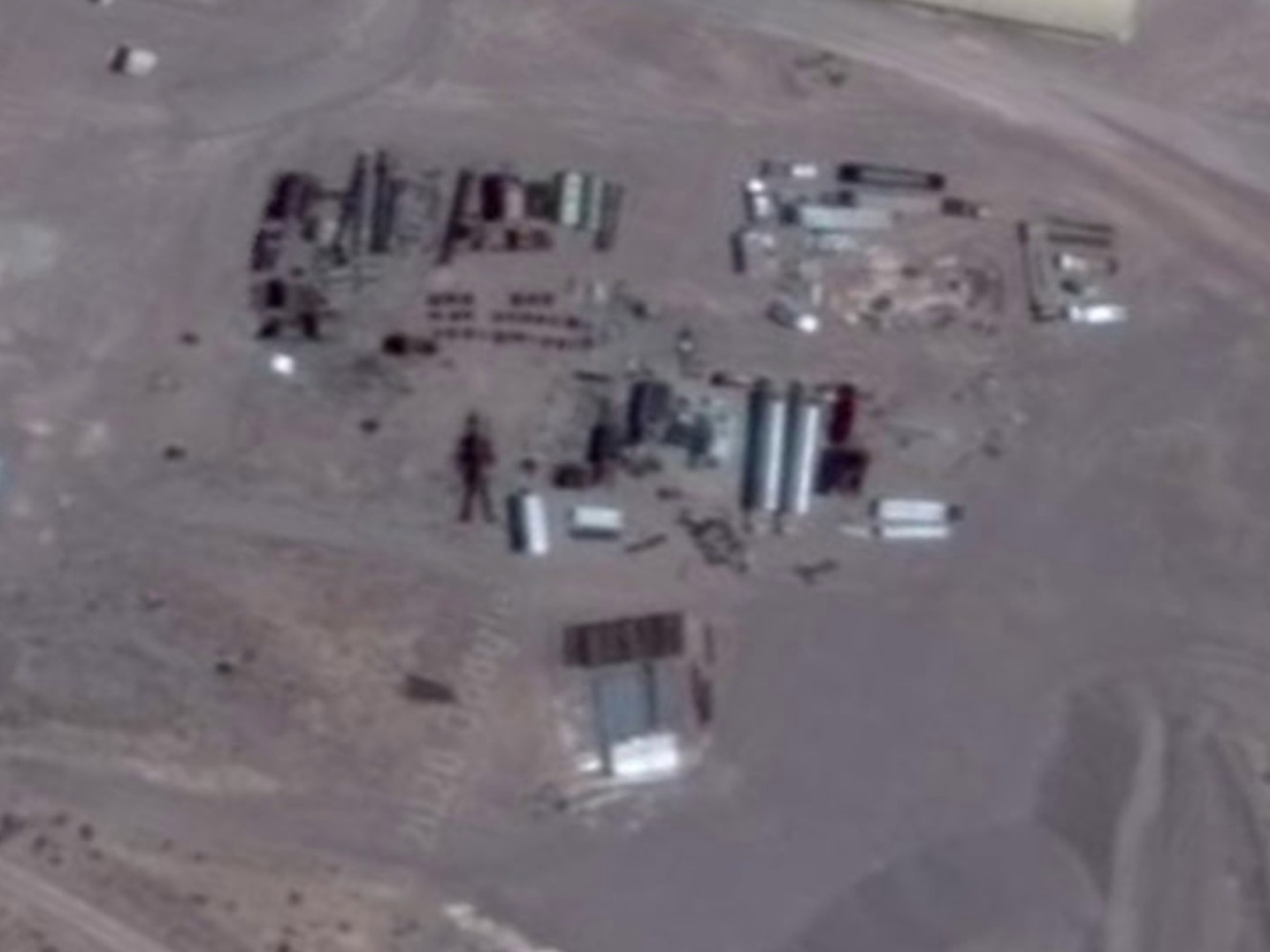 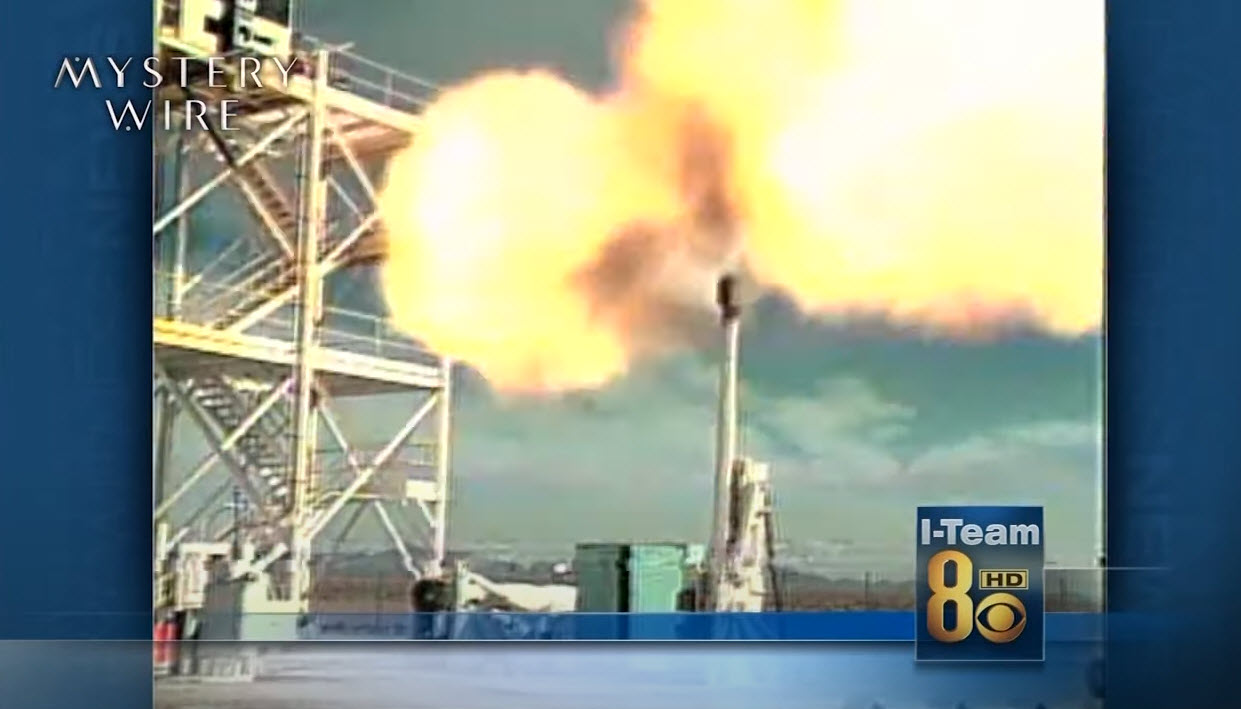 Additionally, Lear claimed that pilots at the site had told him the base has secret runways that have the ability to open and close "like zippers."

"They'll look down and it will be forest or desert or natural landscape, and all of a sudden it will unzip like this and they will see a runway and then the landscape zips back up and it looks like normal," he explained to CBS8 at the time.

Military watchdogs have previously stated that they don't believe there's a big underground operation in place at Area 52.

Local resident Jose Ramirez told CBS8 in 2007 that when he first arrived in Tonopah, he heard they were working on an aircraft at the base that "would go up into space and come back down and land for NASA.”

He also said he had two family members that were employed at the base, but he knew better than to ask them what work they were doing. 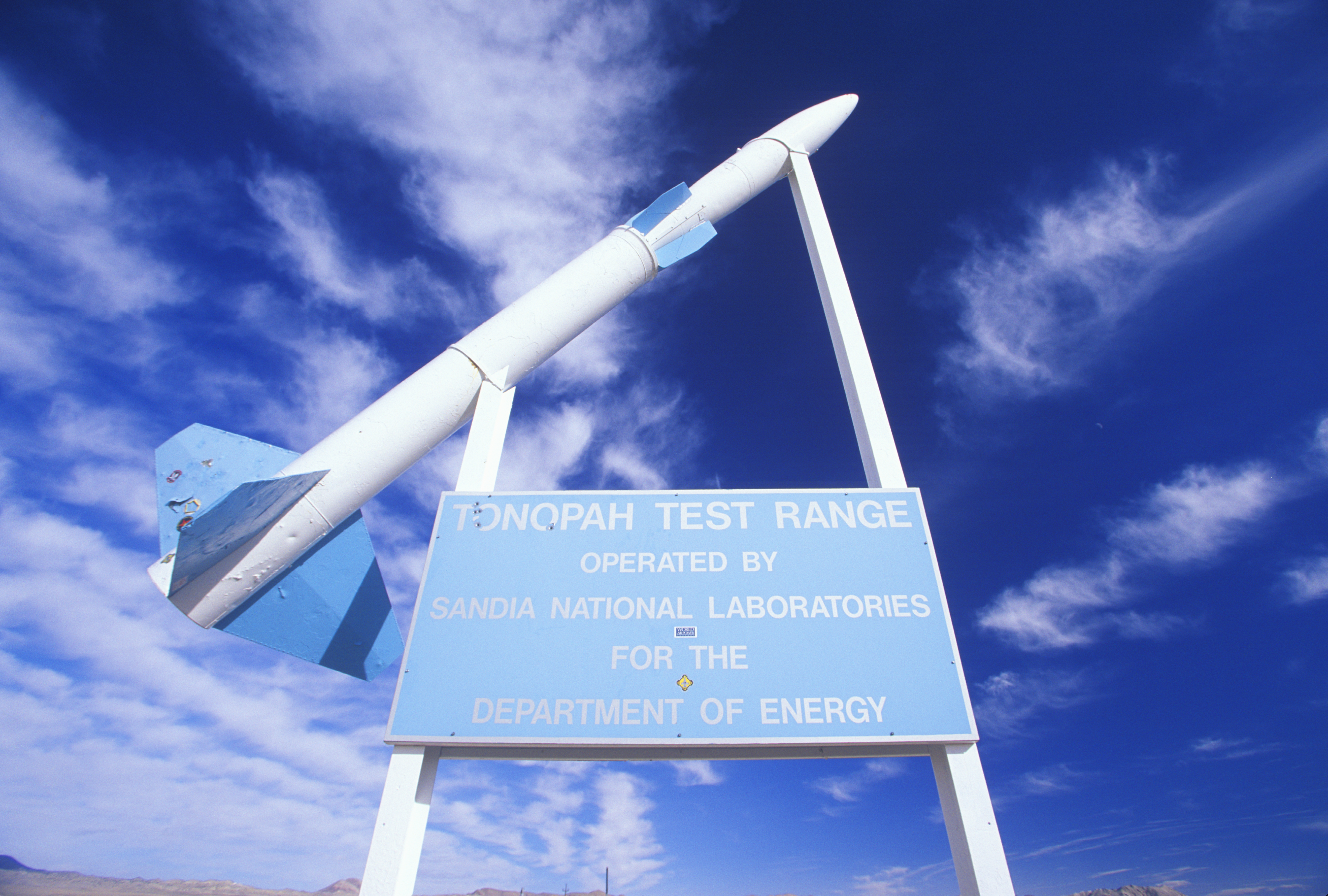