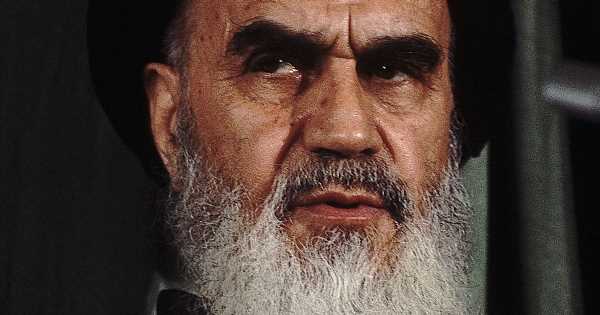 Iran's supreme leader ordered the massacre of some 30,000 prisoners, including women and children, following the country's most depraved fatwa to date.

A fatwa is a legal opinion or decree handed down by an Islamic religious leader after a matter is raised by a constituent.

It is feared that the knifeman who stabbed Salman Rushdie last week was trying to carry out a fatwa, issued against the novelist in 1989 by Iranian supreme leader Ayatollah Khomeini following the release of his book The Satanic Verses, inspired by the life of the Islamic prophet Muhammad.

Khomeini's most deadly fatwa was issued the year before and saw thousands of people in Iran sentenced to death and hanged from cranes.

The horror of the 1988 political prisoner executions was brought to light by the memoirs of Hussein-Ali Montazeri, one of the supreme leader's closest advisors who would later condemn the killings.

According to Kaveh Basmenji's book Tehran Blues, Montazeri even wrote to Khomeini saying: "At least issue an order to spare women who have children.

"The execution of several thousand prisoners in a few days will not reflect positively and will not be mistake-free."

That letter fell on deaf ears.

Khomeini's order accused prisoners of "waging war against God" and urged Death Commissioners – who would decide whether people lived or died – to "show no mercy", according to the Sun.

Prisoners were tried on charges unrelated to the ones that landed them in prison, asked a number of questions about their faith and loyalty to the Islamic regime. Man had no idea about the true purpose of the interrogation.

Those who were sentenced to death were loaded into forklift trucks in groups of six to be hanged from cranes in 30-minute intervals. Many were also tortured beforehand.

Although estimates for the number of people killed vary, relying mostly on secret documents smuggled out of Iran, it is thought that 8,000 people – including children as young as 13 – were killed in the first two weeks of the massacre, starting on July 19, 1988.

Iranian defector Mohammad Nurizad stated that over 33,000 people were massacred in two to three months. They were buried in 36 mass graves.

A recent book from the National Council of Resistance of Iran, Crimes Against Humanity, names many of the victims and details eyewitness accounts.

One said: "The ropes were suspended from the high ceiling. The prisoners, blindfolded and hands-tied, were led onto the stage in groups of 10 to 15.

"There the guards would place the noose around their necks. The prison governor would then hang each one by kicking him from behind and throwing him off the stage."

Another said: "If they felt that an inmate hanging from the gallows was still alive, they would grab his feet and pull down his body with all their weight to finish him off.

"In several cases, when they lowered the body, they noticed that the victim was still alive."

Guards would then pull them down regardless, with the witness adding: "The victim would be taken to mass graves along with other corpses and buried alive." 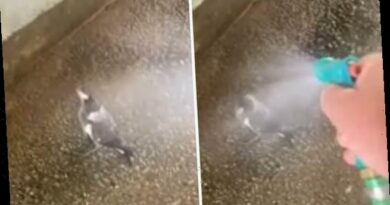