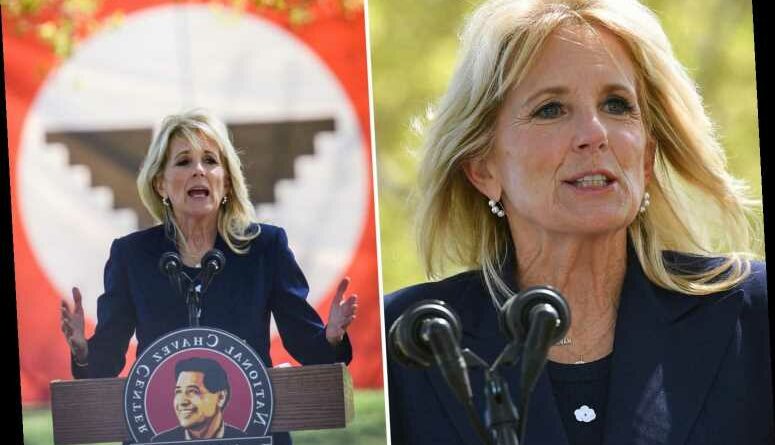 FIRST Lady Jill Biden has been mercilessly mocked on social media after she "butchered" Spanish during a speech honoring the late labor leader Cesar Chavez.

Dr. Jill had been attempting to emulate Chavez's famous motto "Si, se puede" (Yes, we can) when she completely fumbled over the pronunciation while speaking at an event in California on Wednesday. 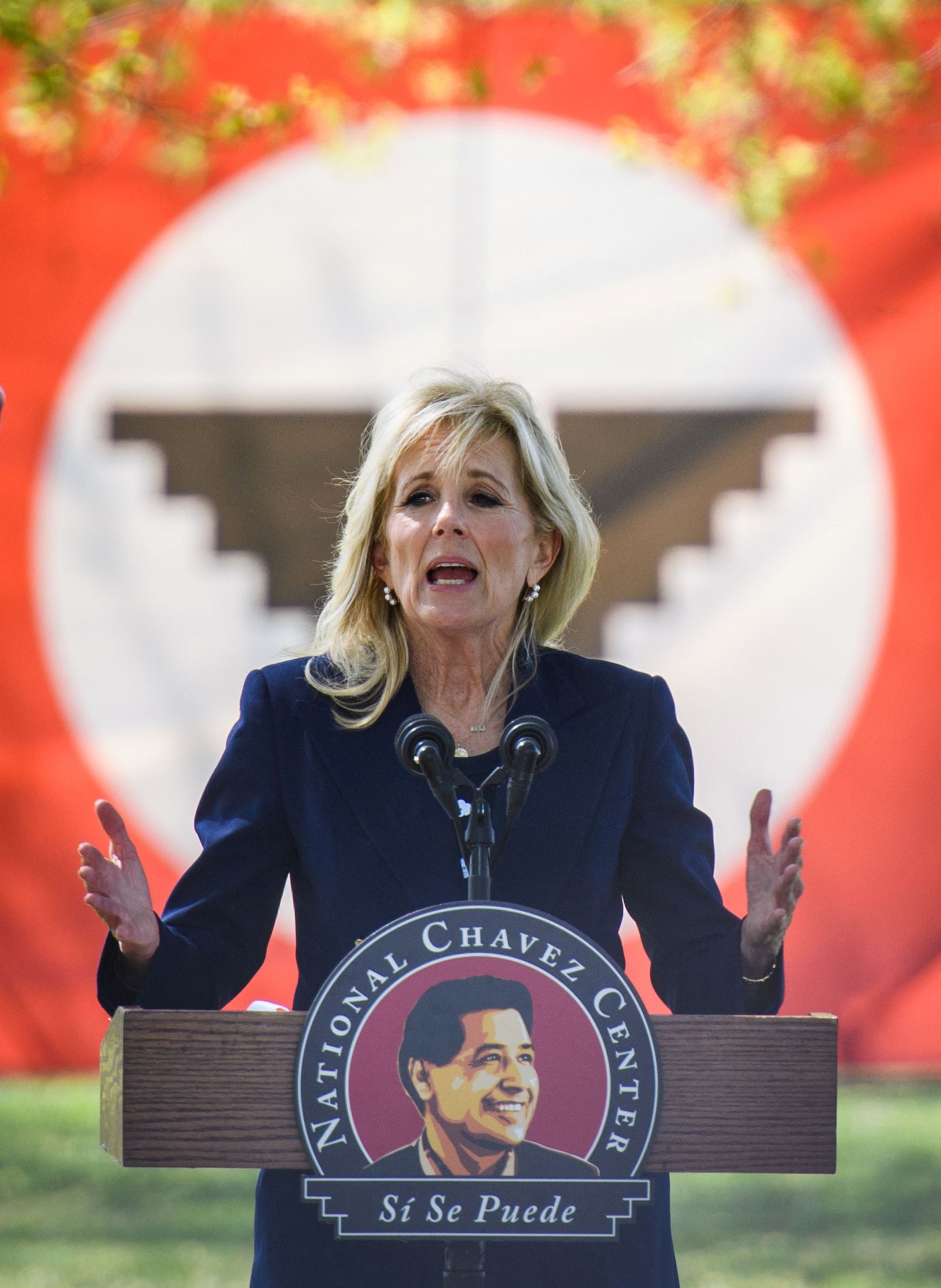 Jill Biden spoke alongside California Gov. Gavin Newsom at the event in Delano yesterday, which was staged to honor Chavez on what would've been his 94th birthday.

During her remarks, the English college professor completely mispronounced the term "Si, se puede!", which Chavez coined in the 1970s when he led the movement allowing farm workers to unionize in Arizona.

In her rendition, Jill Biden instead appeared to say "Si, se pwodway!", drawing an onslaught of ridicule on social media.

"Cesar Chavez understood that no matter the obstacles, when people come together united in a cause, anything is possible. Yes we can," Biden said, before repeating the phrase in garbled Spanish.

In addition to being mocked for her pronunciation, Jill Biden's faux pas also earned her comparisons to her predecessor, former First Lady Melania Trump. 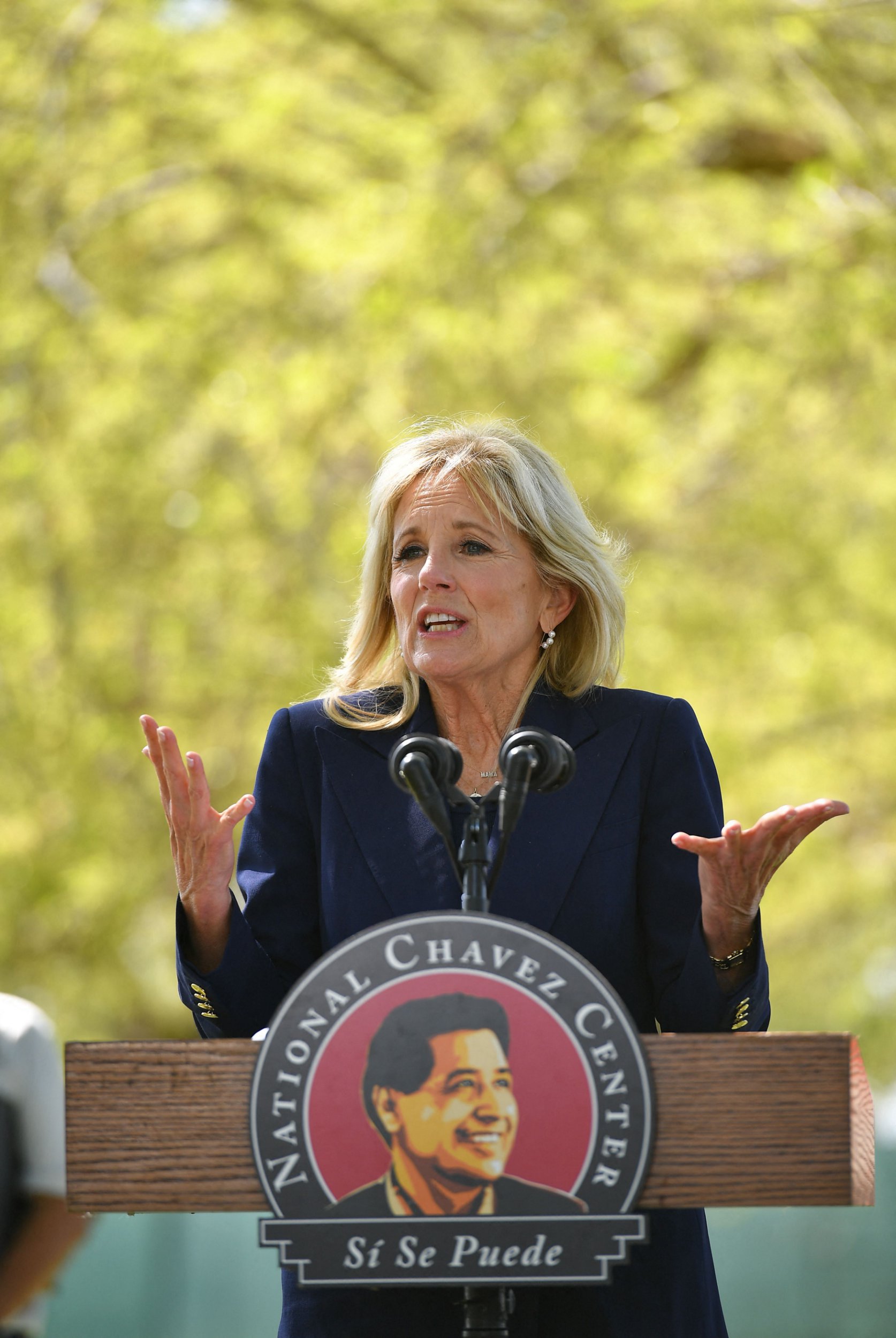 One user with the handle @unscriptedmike wrote: "Her husband dealt up a border crisis so Jill Biden went pandering to Hispanics and made a fool of herself.

He continued: "Melania is fluent in 5 languages. Jill can’t fake a single line of Spanish."

"Not a big deal, but I'm old enough to remember when President Trump's mispronunciations would consume news cycles."

"Si se what????," asked Dania Alexandrino. "I'm sure some one will surely tell Jill Biden 'puadray' is NOT a word in the Spanish dictionary.

"For those who are celebrating her effort, yeah NO! Very far from 'Si se Puede' which means 'Yes (we) can."

"We in parenthesis because it can also be yes you can!," she added.

Microsoft may have sabotaged TikTok deal by upsetting owner