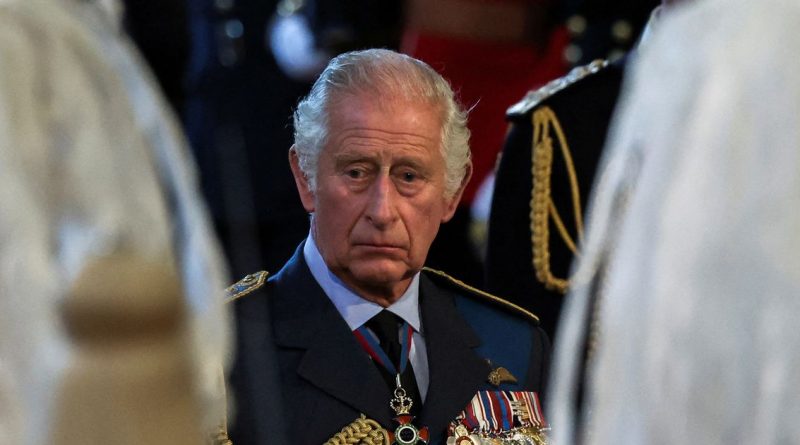 An expert has claimed King Charles' handwriting suggests he is a “sensitive loner” based on one single factor.

The King has had the job for less than a week and already people are picking up on every detail and his every move.

That even goes for the monarch’s handwriting, with an expert on the matter tellingMetrothat the way he wields a pen might say something about him as a person.

An award-winning author Emma Bache, who has studied graphology for over 30 years, claims that his widely spaced words could mean he is a “sensitive loner” while his “leftward leaning letters” are a sign he relies on “routine and order”.

She has been through hundreds of his public letters to reach her opinions.

Her insights come after the King was caught on camera in Northern Ireland getting angry with a pen as he tried to sign the guest book at Hillsborough Castle.

The King was picked up saying, "Oh God I hate this", and "I can't bear this bloody thing! [It's] what they do every stinking time."

Bache believes that the way someone moves a pen on a piece of paper can say a lot about them as an individual.

She thinks they can hide clues about traits like work ethic, communication style and emotional intelligence.

Bache said: “King Charles can often feel as though the world is against him and the somewhat rigid baseline of the handwriting suggest a man that enjoys and needs security in the form of routine and order.

“The joined-up letters indicate a logic but this can be at odds with his more visionary idealism and intellect, shown in the loops of the taller letters.

“He can feel tormented and is likely to feel this trait strongly juggling his strong sense of duty and tradition with his more progressive ideas for the future.

“The leftward-leaning letters suggest that he can get bored easily and requires constant intellectual stimulation.

“There is also a strong stubborn streak and a tendency to become self-defensive if criticised.”