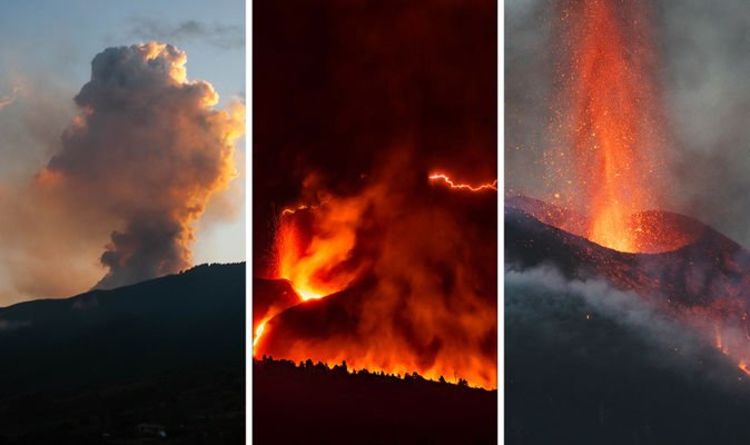 Authorities ordered around 800 homeowners to gather their belongings and pets and to flee by 6pm, as concerns grew over the lava’s rapid movements. Homes on the Spanish island burst into flames yesterday as a flow of molten magma descended from the Cumbre Vieja volcano.

This triggered 64 seismic movements, with the strongest measuring 4.1, according to the Spanish National Geological Institute.

This is the fourth week the volcano in La Palma has been erupting and it shows no sign of stopping soon.

Speaking to Spanish newspaper, El Pais, the director of the Canaries National Geographic Institute said that fine ash from the eruption could reach as far as the west of the Canary Island of Tenerife.

“Given the expected position of the plume it’s possible that the activity at La Palma airport could be compromised.”

Yesterday there was a large amount of seismic activity, with 77 earthquakes and 4.1 max mag.

As seen in the image below, a smoke trail was detected last night by the Copernicus Sentinel 3, moving from La Palma Volcano toward Portugal.

This could affect flights.

Volcanic Ash Advisory Center (VAAC) Toulouse warned about a volcanic ash plume that rose up to estimated 6000 ft altitude and is moving southerly at 5 kts.The full report is as follows:

Volcanic ash can cause skids and accidents, so residents should not drive on the road if it is not strictly necessary.

Footage shows the river of lava

Video shows the river of lava which melted homes.

A resident of La Palma captured an incredible image showing the La Palma Volcano’s power, with dozens of rays forming around it. 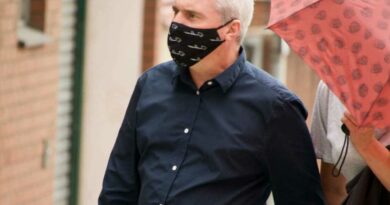