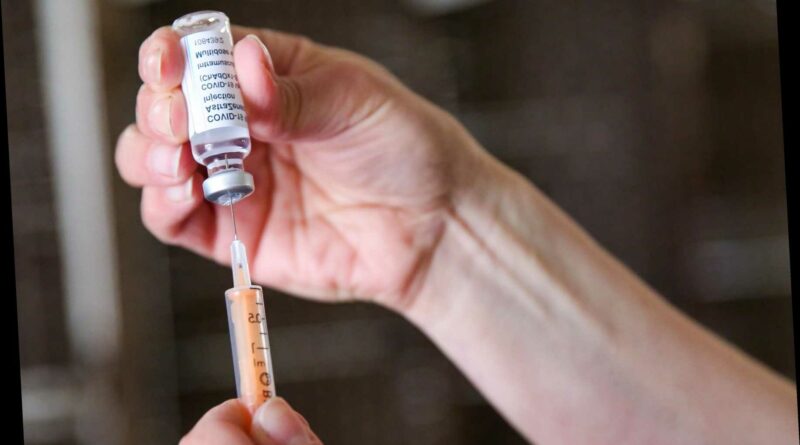 THERE is a "link" between the AstraZeneca Covid vaccine and blood clots, one European Medicines Agency (EMA) official has claimed.

Regulators in the UK and the European Union have both stated the jab is "safe and effective", but the comments from the official contradict their statements. 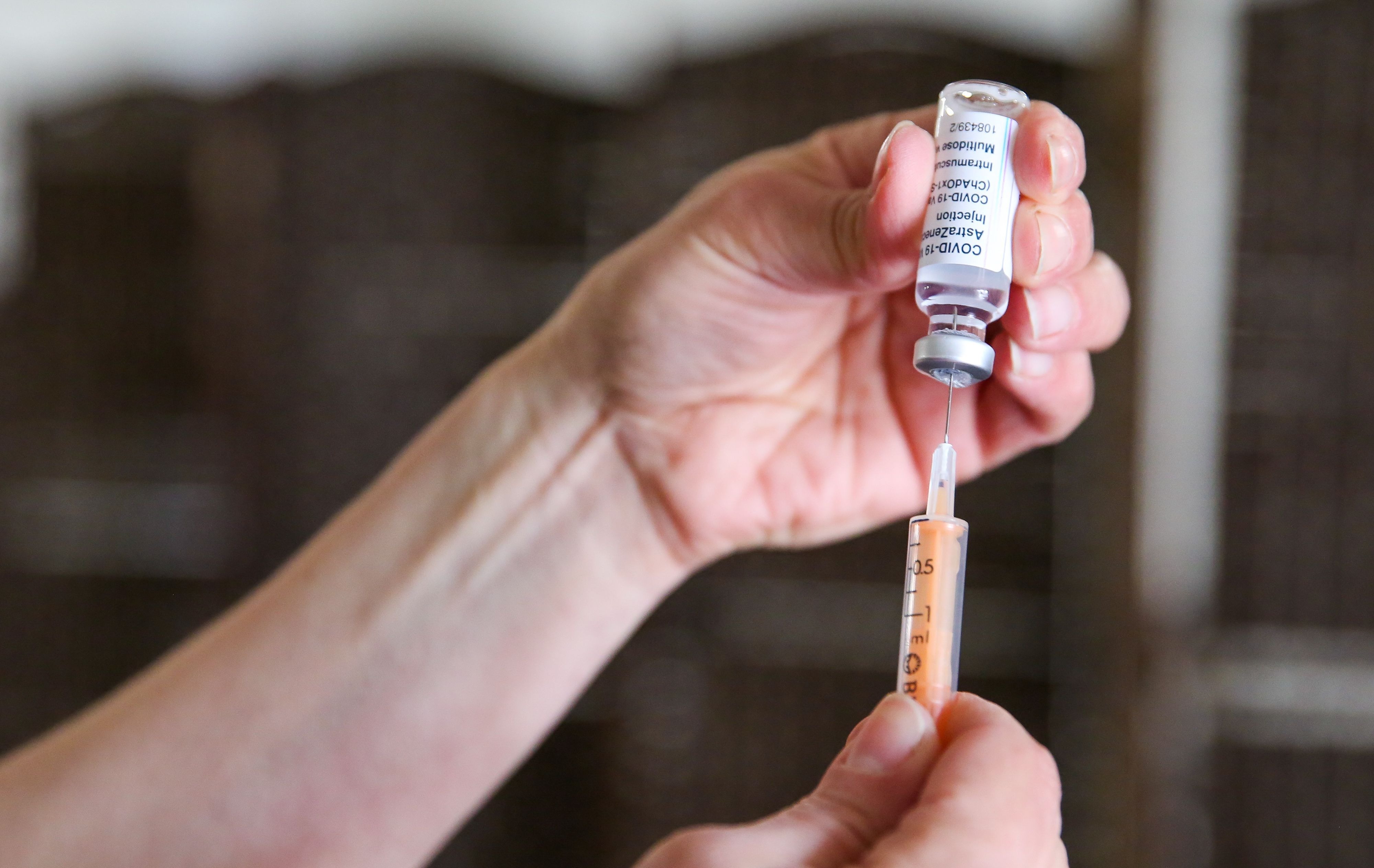 Speaking to Italy's Il Messaggero newspaper, the EMA's head of vaccines Marco Cavaleri said it is not yet clear what is causing blood clots from the jab.

He said: "In my opinion, we can say it now, it is clear there is a link with the vaccine. But we still do not know what causes this reaction.

"In the next few hours, we will say that there is a connection, but we still have to understand how this happens".

Mr Cavaleri said the EMA is currently trying to get a "precise picture" of what is happening with the vaccine in order to "define in detail" why people are getting blood clots.

He added: "Among the vaccinated, there are more cases of cerebral thrombosis… among young people than we would expected."

The EMA is expected to provide an updated assessment on the jab at some point this week.

Its current finding state that a "casual link between clots and the vaccine is possible".

The Medicines and Healthcare products Regulatory Agency (MHRA) revealed on Friday that the UK as seen 30 blood clot cases in people who received the AstraZeneca jab.

Of those, 22 are the rare CVST kind of clot that caused concern in Europe and eight were other thrombosis events.

That is out of 18.1million doses administered in the UK – making it extremely rare at around one in 600,000.

But despite scientists saying that the benefit of vaccination far out weighs the risks of blood clots – there are now fears that the use of the jab in younger people is “more complicated".

It was last night revealed that the AstraZeneca jab could be blocked for people under-30 as soon as today by the UK’s vaccine regulator.

It's important to note however that both regulators in the UK and the European Union, have deemed the jab "safe and effective for use" and have said that there are side effects that occur in most medications.

The MHRA has not yet confirmed that it will block the jab for any age group, but sources have claimed that this is expected to happen.

In a statement, the MHRA said that no decision has yet been made on any regulatory action and that the review into the jab in "ongoing".

This morning the UK's vaccine minister, Nadhim Zahawi also said the vaccine was safe for use and added that it had already "saved thousands of Brits from dying".

Speaking to Sky News this morning he said: "Between December and the end of February the vaccination programme has saved 6,300 people over 70 from dying so that puts it in perspective. 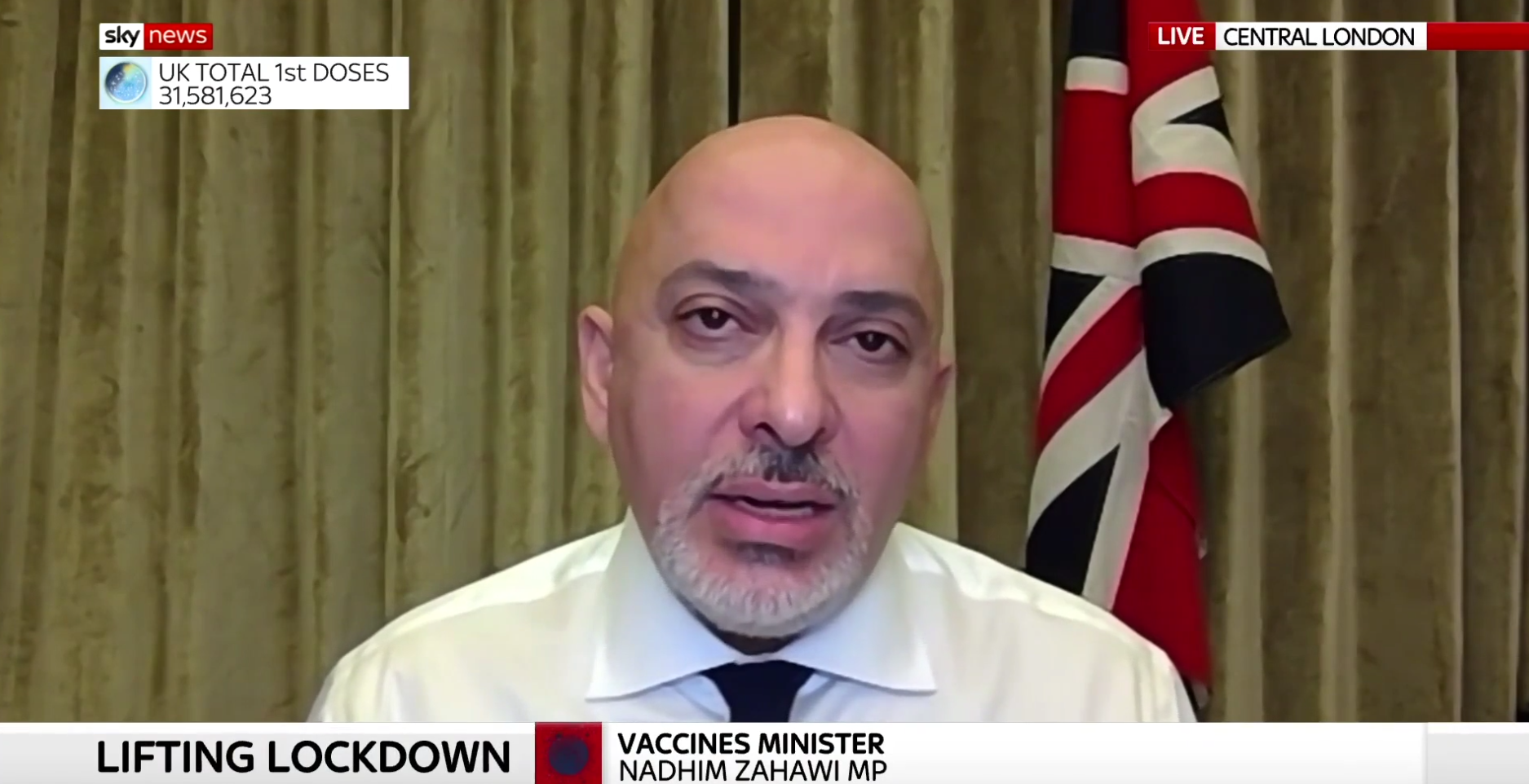 "The regulator, as does the European regulator and the WHO, continues to recommend the Oxford-AZ vaccine be given to all ages over 18. They continue to monitor and look very carefully at these very rare cases of blood clotting.

"We've done almost 20m vaccinations using the Oxford-AZ vaccine. At the moment they're being very clear saying if you get your invite please come forward and take the vaccine because it protects you, protects your family, protects your community."

But senior sources have told Channel 4 news that there is now growing arguments that Brits below the age of 30 should be offered a different vaccine.

And regulators could meet as soon as today to discuss safety fears.

The condition called CVST occurred in a small number of patients with low blood platelets and is an extremely rare combination of events.

It’s so rare, UK regulators at the MHRA said they did not know how often it happens in the general population.

No clots have been reported in those given the Pfizer/BioNTech vaccine.

And vaccine experts are still urging Brits to take whatever vaccine they are offered.

Oxford university and AstraZeneca say their trials show the vaccine is safe and effective and that they are continuing to monitor for side effects.

Fears over the safety of the Oxford/AstraZeneca jab led 20 European countries to suspend vaccinations last month.

Most resumed after the European Medicines Agency (EMA) ruled the vaccine was safe for all ages.

But France and Germany have said it should not be given to younger patients who are thought to be more at risk of clots.

French will have to show exemption documents during curfew: PM