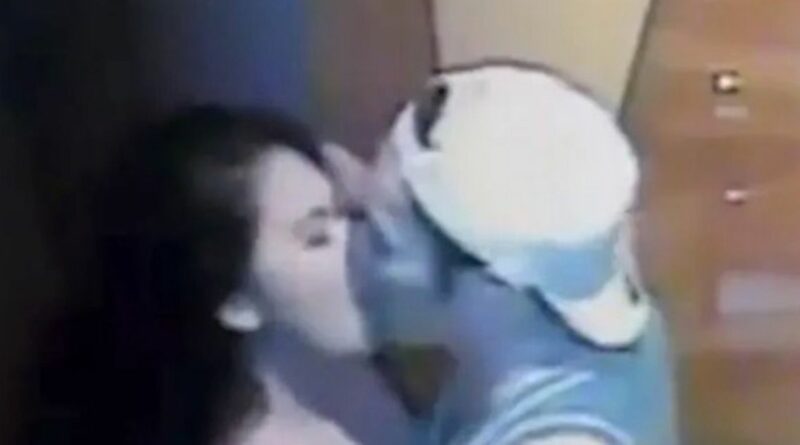 One of the 11 men provisionally charged in relation to Christine Dacera's rape and murder claims she was trying to kiss him before her death.

Valentine Rosales, 23, has identified himself as the man in a hat seen embracing the young flight attendant in the hallway of the Garden City Grand Hotel in Makati, Philippines.

Security camera footage shows the two scurrying down the hall on the evening of December 31, knocking on the door of a hotel room and kissing.

Several other men follow the pair into the room, where hours later Ms Dacera was found dead following what police believe was a gang rape.

Rosales has attempted to distance himself from the footage, claiming he was focused on "trying to open the door".

"She was the one who grabbed me. I rang the doorbell but I dodged, I sidestepped her," he said.

Another friend of the late Ms Dacera who attended the same New Year's Eve Party told GMA News Online it wasn't unusual for her to affectionately kiss friends while under the influence of alcohol.

Gregorio de Guzman, another of the men accused of her murder, said he and the rest of the group couldn't be guilty of rape because they are "all gay".

Three of the 11 men charged have since been released from police custody.

Ms Dacera, a crew member of Philippine Airlines subsidiary PAL Express, was laid to rest in her home city of General Santos on Saturday.

Police have said "lacerations and sperm" found on her genitals as well as scratches and bruises on her body indicate she was raped before being killed.

However, the Makati City Prosecutor's Office said: "The pieces of evidence so far submitted are insufficient to establish that [Ms Dacera] was sexually assaulted or raped."

An autopsy determined the cause of death was a ruptured aortic aneurysm.

But Ms Dacera's family is pushing for a second autopsy, claiming she was drugged and abused before her death.

Her grieving family believes she "had already experienced intoxication and complained that her drinks appeared to have been spiked" during the New Year's Eve celebration.

"We also believe that maybe the aneurysm was a proximate cause but it is also very possible it was triggered by the assault prior to her death," the family's lawyer, Brick Reyes, told media.