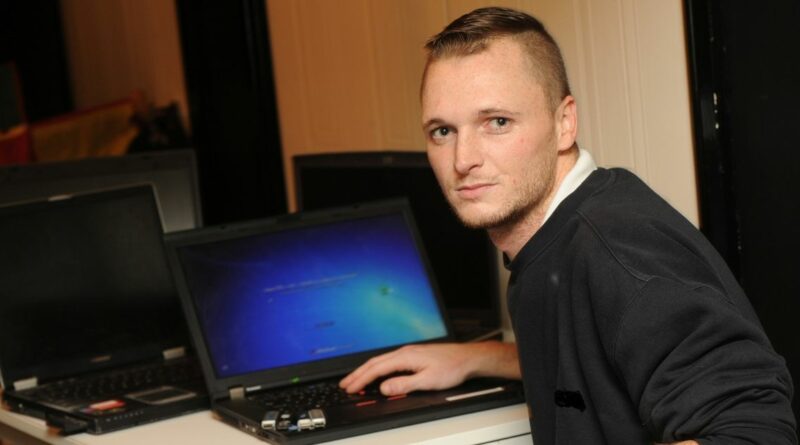 A blundering computer engineer is offering his local council more than £55 million to dig up a rubbish tip where he accidentally tossed a hard drive containing a cryptocurrency fortune.

James Howells, 35, says the missing drive contains Bitcoin now worth more than £230 million after he threw it out in 2013.

The potential Newport millionaire is offering a quarter of the fortune to anyone who'll help recover it.

"There's a pot of gold for someone at the end of the rainbow – and that ends in the landfill site," he said.

Eight years ago James was clearing out his office when the hard drive got binned along with a broken laptop, old keyboards and mice.

He said: "I had two identical hard drives and I threw out the wrong one.

"I know I'm not the only person who has ever thrown out the wrong thing but it usually doesn't cost people over £200 million. I have to laugh about it now because what else can I do?"

James has repeatedly appealed to Newport Council for help in recovering the machine and has now offered a 25% share of his fortune if workers can pluck it out.

But so far his requests have been refused.

"There is going to be a point when the files on that machine are worth more than a billion pounds – the attitude of the council does not compute, it just does not make sense," James said.

He believes that even after all this time the hard drive would still be in good enough working order to retrieve the Bitcoin files.

"There is no guarantee of that because of the environment it's been in but there are things that give me confidence.

"The outside case might be rusted. But the inside disk, where the data is stored, there should be a good chance that it still works.

"I believe there still will be a chance. But the longer this drags on though, it's less likely to be a possibility."

He says he has received financial backing from a hedge fund to pay for the search so the council is not out of pocket, and has offered to give the money to a council Covid relief fund to help struggling families in the city.

"We only want to search in one specific area. We want to employ an inflatable structure to create an air-tight seal around that area to stop landfill gases escaping.

"The council won't be left to foot the bill."

A spokeswoman said: "Newport City Council has been contacted a number of times since 2014 about the possibility of retrieving a piece of IT hardware said to contain Bitcoins.

"The first time was several months after Mr Howells first realised the hardware was missing."

She went on: "The cost of digging up the landfill, storing and treating the waste could run into millions of pounds – without any guarantee of either finding it or it still being in working order.

"The council has also told Mr Howells on a number of occasions that excavation is not possible under our licencing permit and excavation itself would have a huge environmental impact on the surrounding area.

"Even if we were able to agree to his request, there is the question of who would meet the cost if the hard drive was not found or was damaged to such an extent that the data could not be recovered.

"We have, therefore, been clear that we cannot assist him in this matter."

'My own fans made monkey noises and threw bananas at me – but we’ve come a long way since then, unlike the racist Bulgarians’