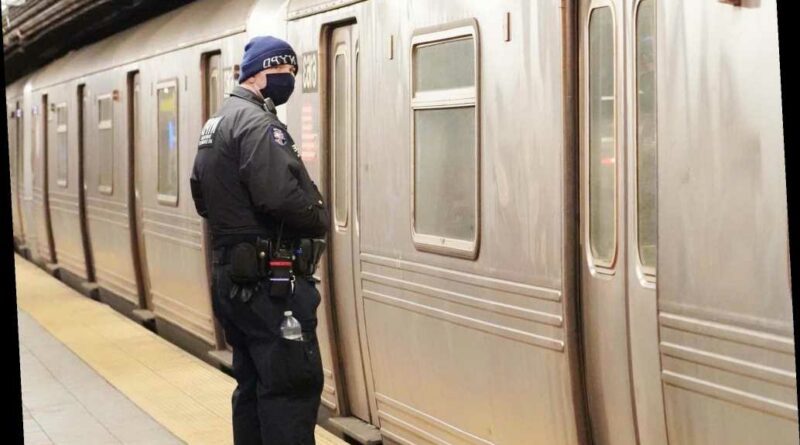 Manhattan subway shovings on pace to more than double in 2021: DA Vance

A maniac was busted for shoving a teen onto the subway tracks, and slashing another straphanger hours later — both in unprovoked attacks, according to police sources.

Jose Martinez, 35, first approached a 17-year-old boy as he waited at the northbound platform of the 46th Street M and R train station in Astoria just after 11 a.m., the sources said.

Martinez allegedly punched the teen in the side of his face and pushed him onto the tracks — snarling, “Don’t ever do that again,” according to the sources.

The suspect stayed on the platform, but the victim crossed the tracks to the Manhattan-bound side, making it to safety just as a train was pulling in, the sources said.

He then called his mother, and his sister dialed 911 to report what had happened.

The victim was taken to Mount Sinai Hospital for minor injuries to his knee and face.

Martinez allegedly targeted his second victim, a 20-year-old man at the 65th Street M and R station in Woodside around 5:30 p.m.

Armed with a knife, he grabbed the victim, who was sitting on a bench, and pushed him up against the wall, the sources said.

The victim struggled with his attacker and ended up getting slashed multiple times on his hands.

He then chased the suspect out of the station, where he was arrested, the sources said.

Investigators connected him to the first subway shoving incident.

He was charged with assault and reckless endangerment, both in the second degree, and was taken to Jamaica Hospital Medical Center for a psychiatric evaluation, according to the sources.

In a Friday morning tweet, Police Commissioner Dermot Shea called Martinez a “career criminal.” No details were immediately available on his record.

Shea mentioned the arrest on CNN Newsroom early Friday, as he emphasized the mental illness factor he believes is driving some recent violent crimes in the city.

“Yesterday, we had an individual push somebody onto the train tracks with an arrest record as long as my arm, and until we start addressing these issues, the police alone aren’t going to solve this problem,” the top cop said. “We need everyone to come together here when arrests are made, because there are always arrests prior to these tragic, tragic incidents. And we need to address this mental illness piece.”