Meghan Markle and Prince Harry's Time Magazine cover has been a "stab in the heart" to the Queen's reputation, a royal expert has explosively claimed.

The Duke and Duchess of Sussex have made history this week being named in the magazine's list of top 100 most influential people in the world.

Glamorous photos show Harry standing behind Meghan with his arms on her shoulder.

The Sussexes were praised by the publication for showing "compassion for the people they don't know".

But Eric Schiffer, chairman of Reputation Management Consultants, told Newsweek: "Meghan and Harry landing a cover spot of Time Magazine's 100 Most Influential People will be seen as a stab in the heart of the monarchy's reputation because of the greater implicit credibility it affords them and their previous claims against the crown."

The magazine cover comes six months after the couple accused an unnamed member of the Royal Family of racism towards their son Archie in the explosive Oprah Interview.

Schiffer continued: "The strategy Harry's built is to outgun William and to be seen as the authentic prince on a global stage and it's been beautifully executed.

"They're very disciplined at it.

"The combination of the leaks and the framing of themselves in part as victims of certain behaviour and on top of that connecting in such authentic ways with global Gen Z and Millennial audiences and allowing them to actually feel what it's like to interact with a member of the royal family, that on a human level has been powerful."

The Duke and Duchess of Sussex's entry in the magazine is listed under the "Icons" section and sits alongside esteemed names like Barack Obama.

"Springing into action is not the easy choice for a young duke and duchess who have been blessed through birth and talent, and burned by fame.

Never want to miss a royal story like this? You can get all of Daily Star's articles sent directly to your inbox! Sign up in seconds here!

“It would be much safer to enjoy their good fortune and stay silent.

“That’s not what Harry and Meghan do, or who they are. They turn compassion into boots on the ground through their Archewell Foundation.”

The couple said they were "humbled" to be part of this year's TIME 100 in a short statement on their website. 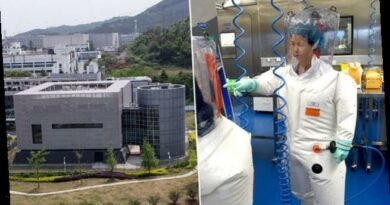