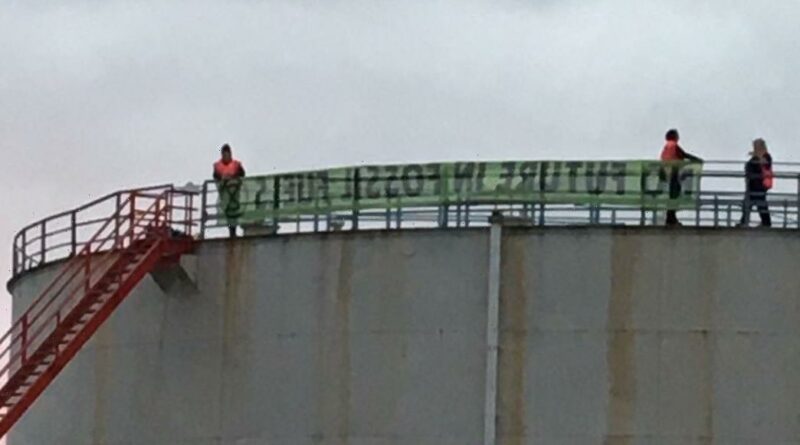 A MOB of Extinction Rebellion eco-warriors have blocked Britain's largest oil refinery – weeks after the fuel crisis gripped the UK. 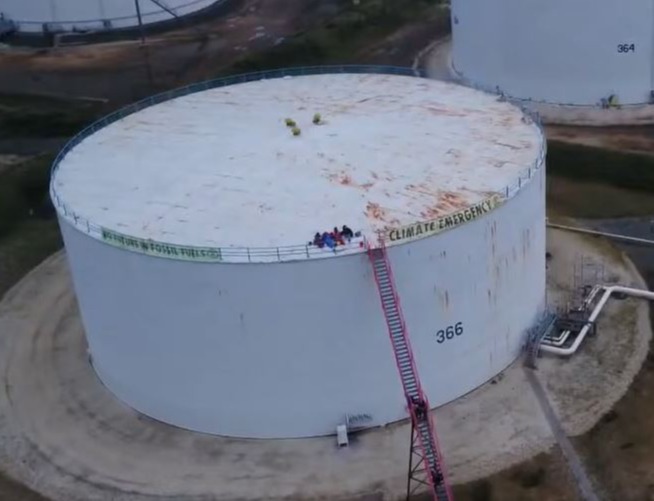 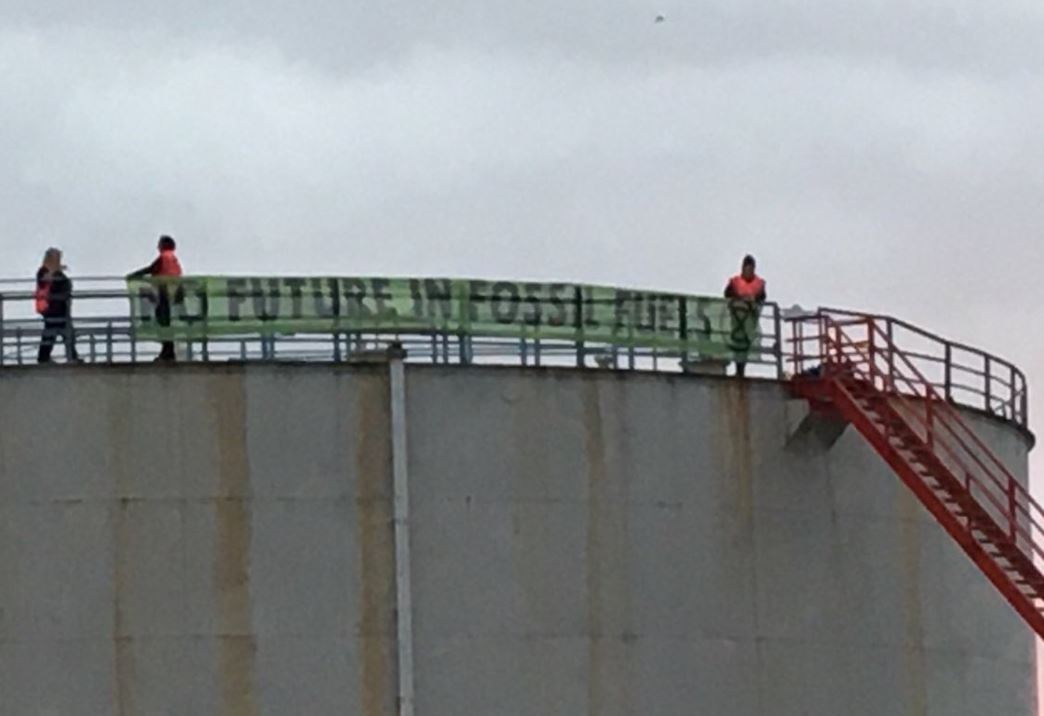 Demonstrators clutched a sign reading "no future in fossil fuels" as they stood on top of the tanker.

Meanwhile, a group of about 15 eco-zealots blocked the entry to the oil refinery today after arriving at around 6.30am.

Among those who set up camp with the group's bright pink boat were two British Olympians, sailor Laura Baldwin and gold medal-winning canoeist Etienne Stott.

A post shared to Twitter claimed the ExxonMobil site makes 270,000 barrels of crude oil a day – and supplies 20 per cent of all UK homes.

Officers are on site ready to intervene if necessary. ExxonMobil's operations have not been impeded.

Stott said in a statement released by Extinction Rebellion: "I think it's totally wrong that oil companies continue to put their profits ahead of everyone's right to a future on a living planet.

"We need our government to rein in these rogue companies as a matter of urgency and show to the world ahead of COP26 that the UK is prepared to take a genuine leadership position."

Meanwhile, Baldwin added: "I am a deeply protective mother, moved to take direct action in a desperate bid to force this suicidal system to change in time to limit the climate crisis worsening and slipping past the point of no return.

"Watching the news this summer was horrifying and heartbreaking, witnessing catastrophic climate impacts killing people on every continent of the globe."

An ExxonMobil spokesperson told the BBC: ''[We believe] that climate change risks warrant action and it's going to take all of us — business, governments and consumers — to make meaningful progress.

''At Fawley, we are also directly helping motorists and farmers to reduce their emissions through the manufacturing of lower carbon fuels.

''We respect the right to peaceful protest, but our priority is the safety of our people, our neighbours and our operations and we are working with Hampshire police to ensure this is maintained."

And in August this year, the group reigned chaos again with their fortnight-long"Impossible Rebellion".

Hard-working Brits were yesterday stuck behind demonstrators who barricaded a slip road at junction 1a of the M25 – with one lorry driver threatening to mow them down himself.

Meanwhile, a separate group set up camp on the A40 in North Acton, London, where a furious driver was seen chucking ink over demonstrators' faces.

The controversial mob had promised to pause their tirade of miserable sit-ins until October 25.

And they were back with a vengeance on Monday, as protesters blocked off Limehouse Causeway – a road into Canary Wharf – as well as an area close to Liverpool Street Station and Upper Thames Street. 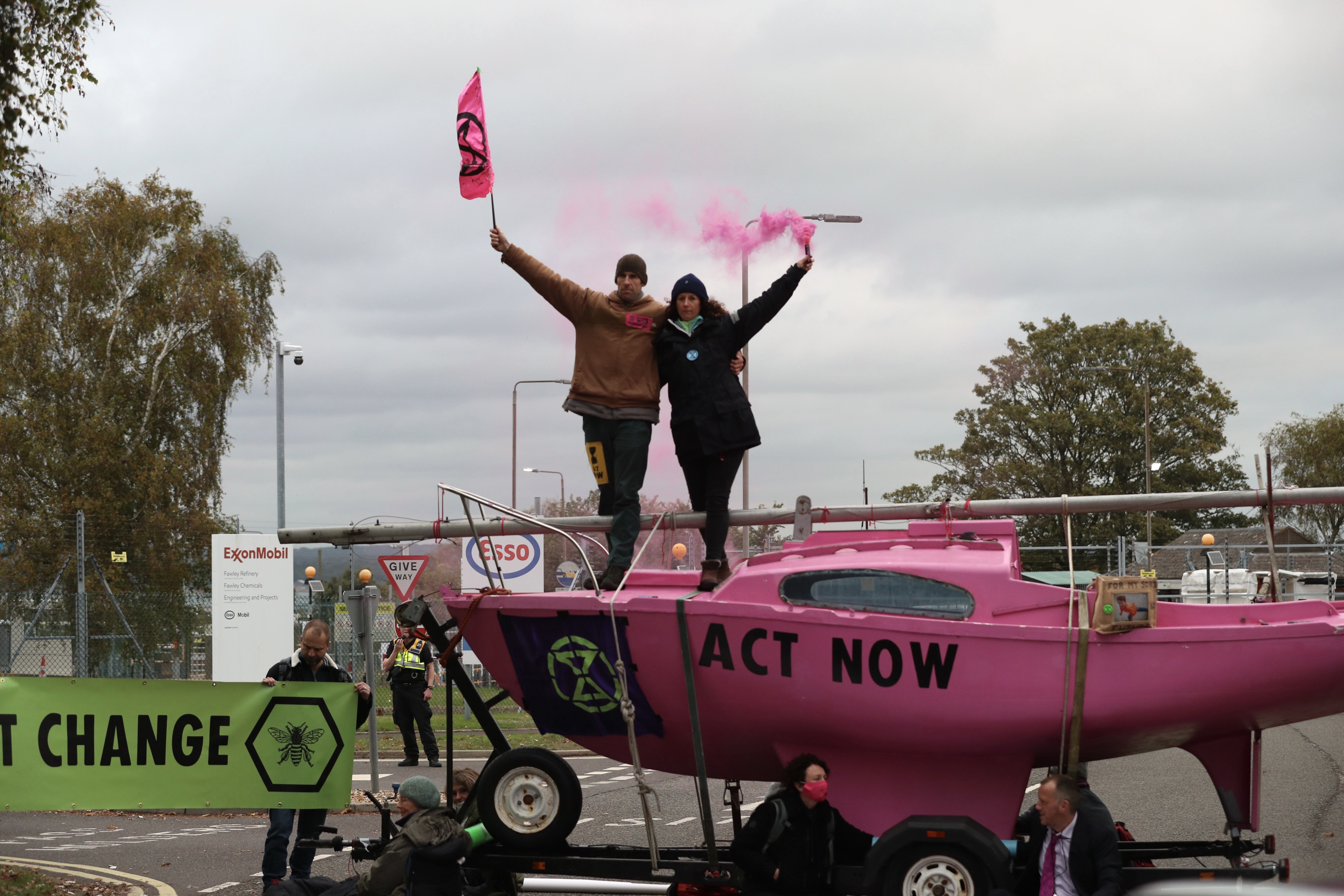 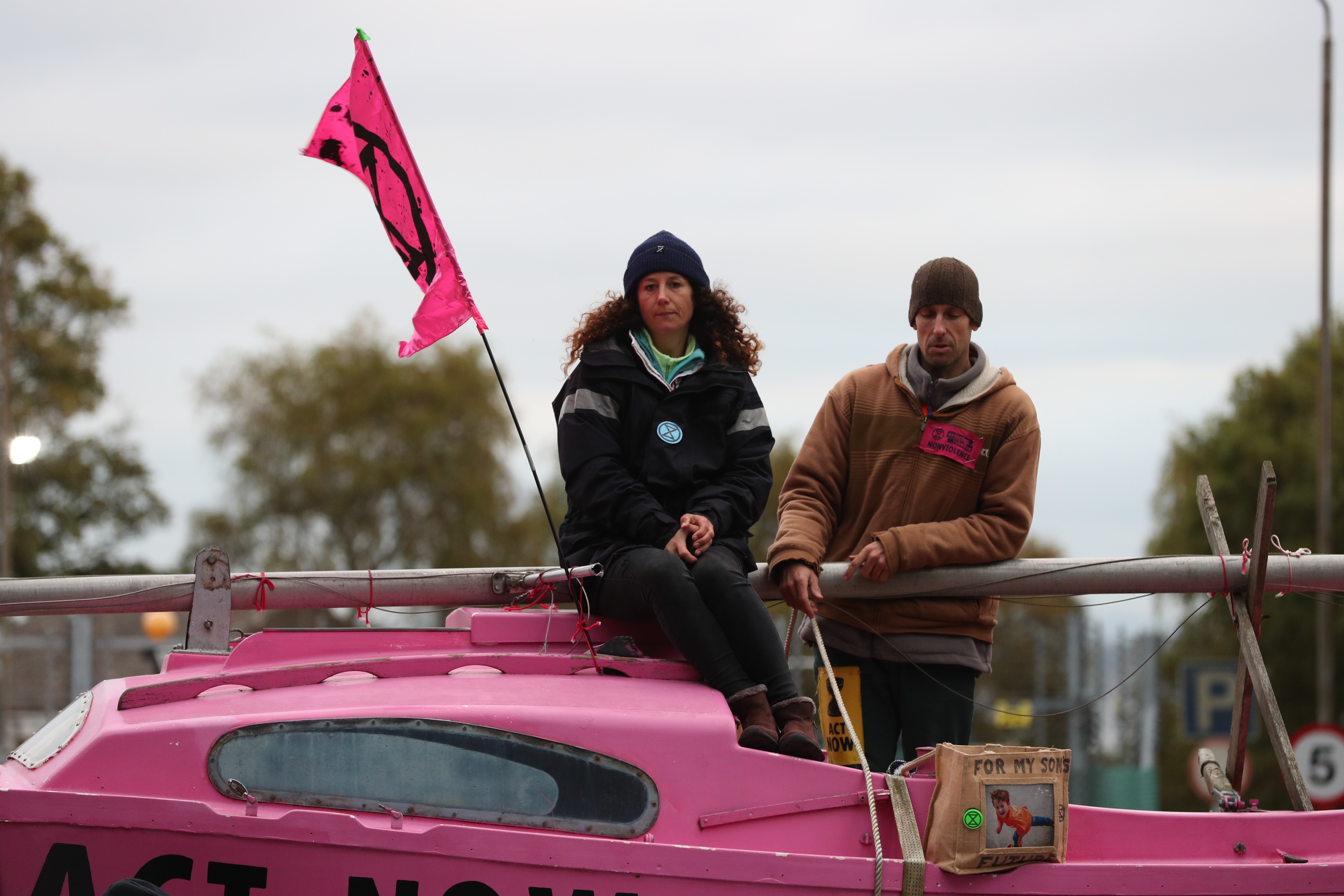 Girl, 6, rushed to A&E after taking ‘mystery pill’ she was handed while playing outside