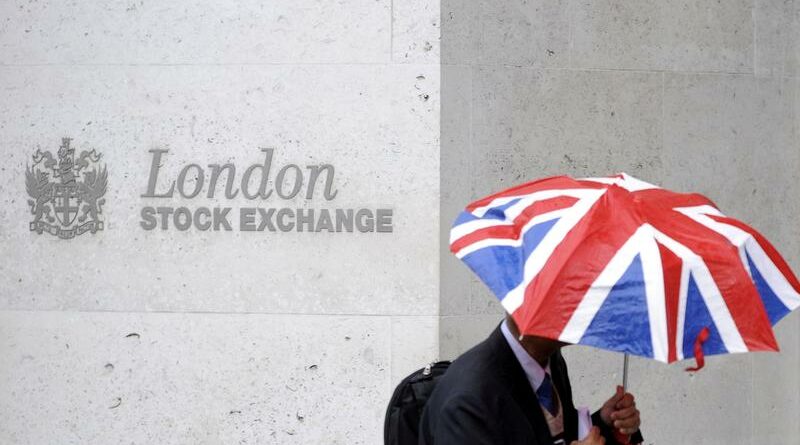 FILE PHOTO: A worker shelters from the rain under a Union Flag umbrella as he passes the London Stock Exchange in London, Britain, October 1, 2008. REUTERS/Toby Melville

The commodity-heavy FTSE 100 fell 0.3%, with Shell down 3% after its third-quarter adjusted earnings came in below analysts’ forecast, while rival BP dropped 2.1%.

The decline in Shell’s profit came as hedge fund Third Point built a large stake and called on the oil major to split into multiple companies to increase its performance and market value.

“Investors are struggling to apply higher multiples to energy stocks at the moment, given the ESG (environmental, social and governance) issues and that companies have to spend a lot of money in changing the way they operate to deal with them,” said Oliver Blackbourn, a portfolio manager at Janus Henderson Investors.

“If you look at financials, you’ve seen earnings go up and stocks outperform those earnings as valuations rise but you’ve not seen that in the energy sector.”

The energy sub-index has declined 1.7% so far this week, lagging the benchmark FTSE 100 as oil prices fell to a two-week low after official figures showed an unexpected jump in U.S. inventories of crude. [O/R]

There was an air of caution in broader European markets ahead of a European Central Bank policy decision, while many heavyweight companies including Volkswagen flagged a hit to earnings from supply-chain disruptions. [.EU]

British aerospace engineer and takeover target Meggitt Plc was flat after it warned of lower annual revenue and profit as it struggles with supply-chain problems and weak defence markets.

Creditors of German lead plant in talks about sale to Glencore 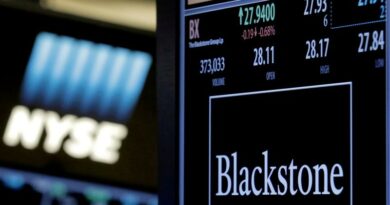