The Chancellor announced better than expected growth in his Budget yesterday but decided not to use additional funds to reimpose the state pension triple lock. The last Conservative party manifesto pledged to maintain the triple lock, promising to increase state pension payments by the highest out of: inflation, average earnings or 2.5 percent.

Mr Sunak chose to turn down the opportunity to stick to this commitment.

Pensions will now only increase by 3.1 percent.

This could equate to a real-terms drop given that inflation is expected to rise to up to six percent by next April, when the increase comes into effect.

Yesterday, our readers highlighted their disappointment that an increase of the national living wage has not been matched by more financial support for pensioners.

The news that the Government predicts it will soon be able to restore aid spending from 0.5 to 0.7 percent of GDP has sparked further fury.

Former Brexit Party MEP Rupert Lowe told Express.co.uk that the idea we should spend 0.7 percent of GDP on foreign aid is “nonsense”, especially given the size of the deficit we’re running.

He said: “Most of the time that money is effectively misappropriated or wasted, there’s fraud – and at the end of the day what [has] the state got right recently?”

READ MORE: France and Russia in furious spat as Putin backed into corner

One noted how unfair it is that the Government is increasing foreign aid payments by 0.2 percent of GDP while “ripping off pensioners”.

“I paid tax and National Insurance for 50 years. I am just managing to get by at the moment but no doubt will struggle next year,” another wrote.

“I will never vote Conservative again. Maybe all pensioners should do the same.

“It will be interesting to see by how much these MPs will vote to increase their salaries in the future.”

This threat to pull support from the Tory party was echoed by a number of other readers.

“I wouldn’t say pensioners get nothing exactly; they get to vote in elections and have good memories. Rishi and Boris, take note,” one warned.

“Pensioners will out in droves to get revenge,” said another.

The profile name of one reader, “One time Tory”, said it all.

“Restoring the triple lock was a Conservative politician promise and the pensioners know only too well what they are worth,” was their comment.

One irked reader suggested that it might be a good idea to give MPs “the same amount as us pensioners, and see how far it goes!”

The Government believes it will be able to restore foreign aid spending to 0.7 percent of GDP in 2024/2025 when the country’s financial situation has improved.

The pension triple lock should be rested after one year of suspension.

Trump Says He’s Considering a Ban on TikTok in the U.S. 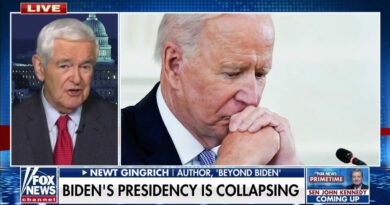