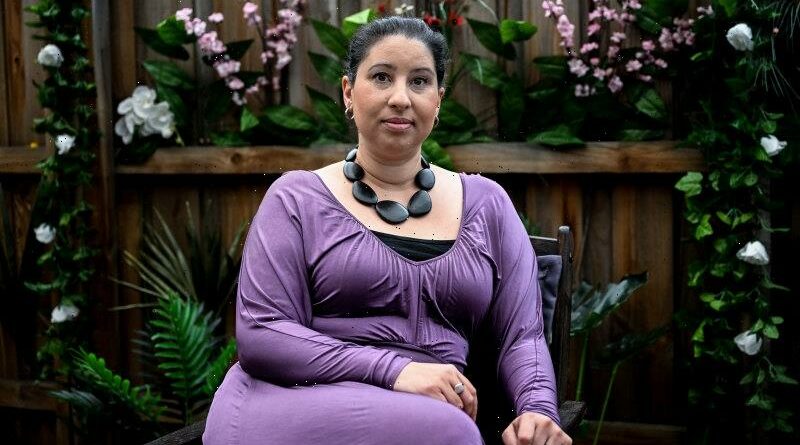 Warning: This story contains content that could distress some readers

Mentally ill Victorians had their wrists and ankles cuffed to beds or were locked inside rooms thousands of times last year in the state’s hospitals, which restrain unwell people at a higher rate than the national average and against royal commission recommendations. 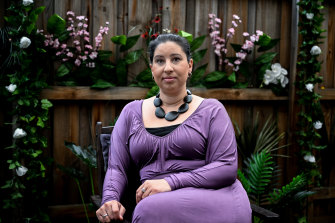 Sharon Williams was restrained when she was in a hospital in Melbourne’s west about seven years ago while suffering a psychotic episode.Credit:Joe Armao

Victorian hospitals are among the country’s worst offenders when it comes to restraint and seclusion, official data in the latest report by the Victorian Mental Illness Awareness Council reveals.

The use of mechanical restraints such as handcuffs to strap patients to beds increased by 56 per cent in adult mental health units across the state in the 2020-21 financial year.

This is despite the Royal Commission into Victoria’s Mental Health System calling 15 months ago for an immediate reduction in these archaic practices and a statewide ban within a decade.

About seven years ago, Sharon Williams was forcibly restrained on a bed in the emergency department of a hospital in Melbourne’s west while she was experiencing a psychotic episode. The restraint was so traumatic it induced a terrifying delusion that Williams was at a McDonald’s car park and her organs were being cut out and used to make hamburgers.

“That delusion only started after I’d been mechanically restrained,” Williams said. She estimates she has been restrained about 10 times at different mental health wards over the past 20 years.

She was never told why she was restrained and her memory of what led to the restraints is hazy.

“Apart from the obvious trauma of being strapped to a bed, the experience was particularly terrifying due to the delusion,” she said.

The Royal Commission into Victoria’s Mental Health System published its 3195-page final report last year. Premier Daniel Andrews has committed to implementing all 65 recommendations made in the report, which include:

“There needs to be a debriefing after a restraint … when they talk to you about it and get to understand what you subjectively experienced and the trauma, and if they can explain to you why they did it … if you were uncontrollable … and why they left you for the period they did.”

There were about 7500 episodes of seclusion or restraint in Victorian inpatient mental health services in 2020-21, from a total of 26,800 admissions, government data shows. Victoria secludes and restrains people at higher rates, and for longer, than national averages, the report reveals.

Seclusion rooms are typically small and lack natural light and toilet facilities. Patients are locked behind a large security door and provided with a plastic mattress on the floor. Seclusion is on the rise in services for children across the state.

A spokeswoman for the Royal Melbourne Hospital, which manages mental health services at Sunshine Hospital, said work was being done to reduce levels of seclusion, but she pointed to a shortage of beds as one reason for the problem.

The mental health unit at Box Hill Hospital, run by Eastern Health, had the highest rate of mechanical restraint, as it had for the previous four years, prompting the report’s authors to call for an independent probe into Eastern’s services due to “abnormally high” rates of restraint.

In 2019-20 the three hospitals in Australia with the highest rates of mechanical restraint were all Victorian – Box Hill, the Royal Children’s and the Maroondah Hospital. Two of these are run by Eastern Health.

Victorian Mental Illness Awareness Council chief executive Craig Wallace said Victoria must end restraint and seclusion immediately rather than stick to the royal commission’s 10-year time frame. He pointed to one mental health unit, run by Barwon Health, which is opening later this year without any seclusion rooms.

“Some services have already managed to eliminate seclusion or restraint. If they can do it, the whole sector can,” Wallace said.

“It is intolerable to imagine the tens of thousands more avoidable traumas that will happen if Victoria doesn’t move faster.”

“If the Victorian government is serious about its espoused goal of eliminating these harmful practices, it must begin with the public release of data. We cannot possibly achieve elimination without transparency.”

A person’s chances of being restrained or secluded in a mental health service depend on their postcode, the report reveals, with people in St Albans secluded about 15 times more than those in Frankston, and those living in Ballarat 6.3 times more likely to be secluded than people in Traralgon.

People identifying as Aboriginal and/or Torres Strait Islander are secluded and restrained at higher rates than others. They make up 3.5 per cent of all inpatients but 5.3 per cent of all seclusions.

A spokesperson for the Health Department said improvements had been made with seclusion and restraint practices, but they admitted there was more to be done.

“Work is under way on more than 90 per cent of the royal commission’s recommendations,” they said.

“The royal commission told us that restraint and seclusion need to be dramatically reduced – and that’s exactly why we’re implementing every single recommendation to make sure Victorians get the safe care they deserve.”

Japan issues arrest warrants for ex-Green Beret and two others