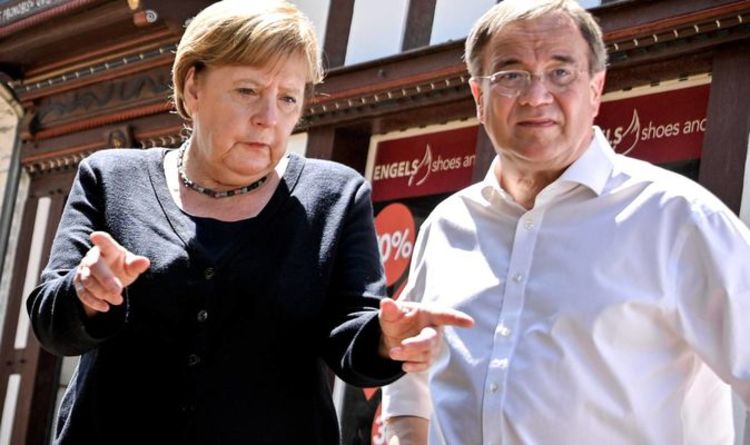 Merkel departure would have ‘major impact’ on EU says Butikofer

Armin Laschet was chosen by the CDU in January this year to replace outgoing Angela Merkel who announced she would be stepping down after the September German elections. A close ally of Ms Merkel, Mr Laschet has struggled to make an impact with the voters with Al Jazeera reporting the CDU/CSU boasted a popularity score of 30 percent in Spring 2021 but has seen that plummet to 22 percent as the Grune Party (Green Party) and the Social Democratic Party (SDP) bridge the gap. It means when the Bundestag is elected in September and chooses the next chancellor, the chances of Mr Laschet being voted in and continuing the work of Ms Merkel are slim.

Angela Merkel announced she would not stand for a fifth term as chancellor after being in the role since 2005.

Armin Laschet was voted to be the replacement CDU/CSU party leader back in January, beating the popular Bavarian state minister Markus Soder.

Analysts say Mr Laschet and Ms Merkel are closely politically aligned with his supporters believing he will continue on the work of Ms Merkel once she has left politics.

But voters have not taken to Mr Laschet well as not only do they believe he has made little impact on their votes but has been marred in controversy.

Footage of Mr Laschet visiting flood victims in Germany last month saw him laughing in the background as a speech was being made about the destruction.

Germans were outraged at the video with the hashtag “Laschetlaughing” trending.

Many also compare him with Ms Merkel and believe he struggles in comparison.

Laschet is also the prime minister of Germany’s North Rhine-Westphalia with some citizens blaming him for their problems.

All this means is his chances for chancellorship are thinning by the day, especially if the CDU/CSU come out of the September elections with a poor result.

Speaking to Al Jazeera, political analyst Hajo Funke believes Mr Laschet is attempting to position himself as a green candidate to stop the loss of votes to the Greens.

Mr Laschet has been visiting several green businesses in the final weeks of his campaign and met with Tesla founder Elon Musk at his German factory.

In May, polls put the Greens ahead of the CDU/CSU in a surprising twist as newcomer Annalena Baerbock was put forward as the Green chancellor candidate.

However, much like Mr Laschet, Ms Baerbock has suffered controversy after she was accused of plagiarism and was also accused of lying about her qualifications.

Ms Baerbock hit back and said she was a victim of a media smear campaign which continued to ask her sexist and other insulting questions, something her opponents have agreed with her on.

Politico reports Ms Merkel and Mr Soder are the top two most popular politicians in Germany with Mr Laschet and Ms Baerbock at the bottom, according to polling.

SDP candidate Olaf Scholz was the most popular chancellor candidate with 23 percent of the vote, while Mr Laschet was the next favourite with 17 percent.

Annalena Baerbock from the Green party with 16 percent of the vote. 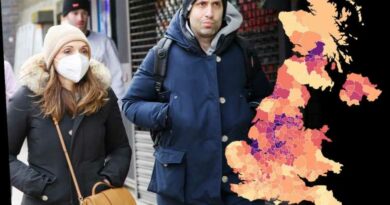 Interactive map reveals how bad Covid is in YOUR local area

No indication of Portland-style federal presence in Colorado, governor says – The Denver Post