THIS is the astonishing moment an elderly gent on a mobility scooter caused a huge traffic jam – by refusing to move off the road to collect his fish and chips.

The stubborn rider held up a queue of more than 10 cars, as well as a giant truck, by refusing to pull over in a one-way street. 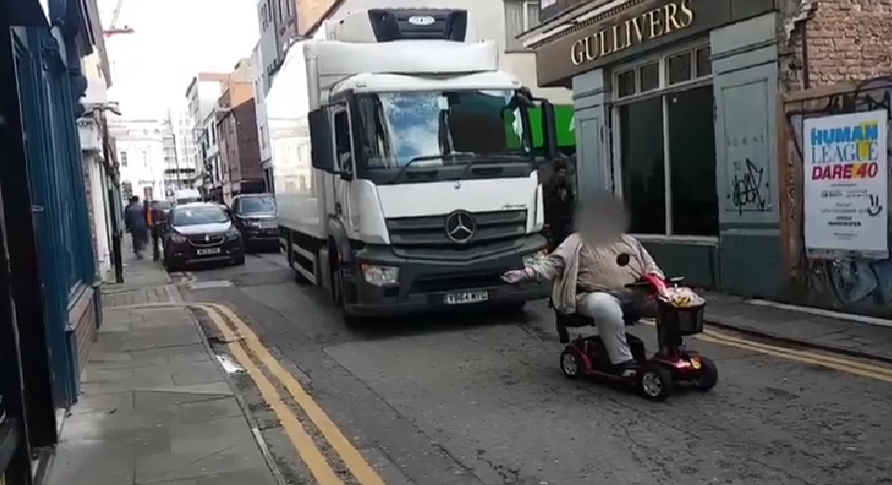 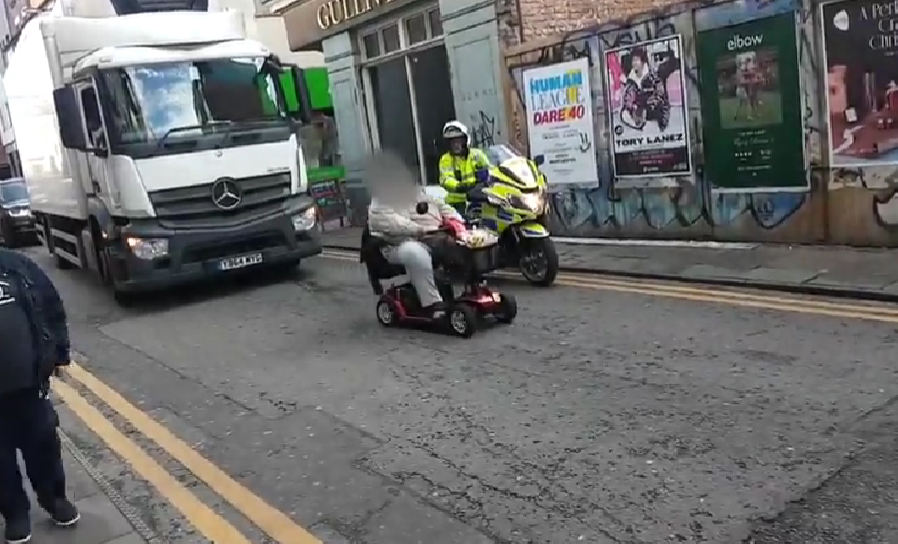 He ignored plenty of beeping from irate motorists – and warned he wouldn't be moving until his chippy tea was hand-delivered to him.

The bizarre footage shows the hungry customer pulled up in the middle of the road in Manchester city centre last week.

Startled passers-by stopped to help – only for the man to shout: "I just want the fish and chips that I've paid for."

In the clip, the rider can be heard bellowing at anyone urging him to move.

He then started a slanging match with furious drivers, branding them "f***ing low lives" and threatening them with "the law".

His meal was brought out after three minutes – but even then, he continued blocking the road.

And even when a police officer tried to intervene, he stood his ground, replying that he'd only leave when he got his change.

The cop firmly escorted him out of the way, warning he was "causing chaos".

Witness David Williams said he initially assumed the battery on the man's scooter had run flat.

But when he went to offer assistance, he was forced to "back off" as he, too, got a verbal bashing.

He said: "He wasn't moving anywhere. He was adamant he was not moving.

"You can hear the horns going.

"The guy in the lorry behind was shouting, but I couldn't hear what he was saying.

"Everyone was getting irate, not knowing what was going on.

"I was en route from an interview to where I live, and I just happened to see this guy in the distance sat in the middle of the road in a wheelchair.

"I thought he must have broken down or his motor had gone.

"I came to his aid initially, but he shouted at me so I backed off.

"There was traffic behind him so I thought there must have been some reason why he was stuck there in the middle of the road.

"I got closer and realised he was waiting for his fish and chips, of all things, at 11.30am.

"He'd paid for his food and was waiting for it to come out. I just couldn't believe it.

I realised he was waiting for his fish and chips, of all things, at 11.30am

"I was gobsmacked he'd stopped in the middle of the road with a lorry behind him, which could quite easily have pushed him aside.

"There were more than 10 other cars behind him."

The 54-year-old said the scooter rider held up traffic for around five minutes in total.

"But I was shocked really, that someone would hold up the traffic in city centre Manchester for five or six minutes," he said.

"When people were saying 'Move out of the way', he didn't care. He just wanted his fish and chips and his change."

Despite that, David said: "The man just said, 'I'm waiting for my change'.

"The chap came out from the chippy with his change, then off he went down the road, followed by the local constabulary.

"He was making sure he kept going.

"You don't see that very often." 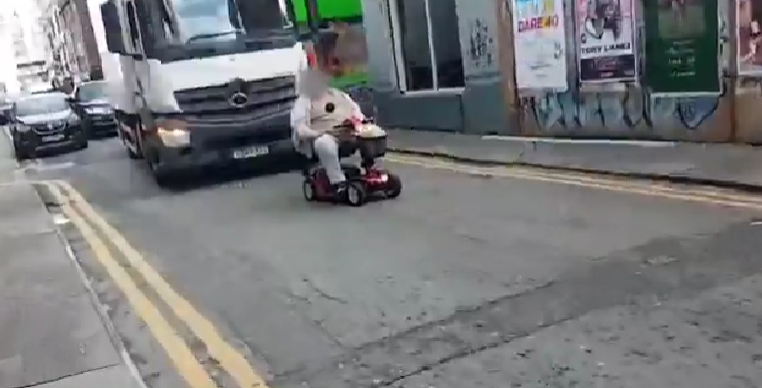 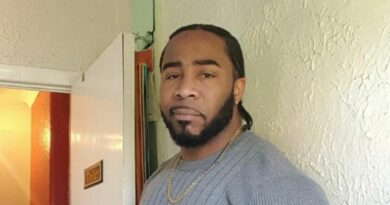 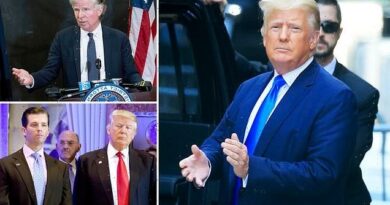 Grand jury convened to to weigh CRIMINAL charges against Trump