A mother feared she would never see her two-year-old son again after contracting a rare virus and going completely blind in both eyes for an entire month.

Desiree Taylor, 34, a life coach and motivational speaker in Sydney, said she was suffering what she thought was a common cold at the start of July when the sight in her left eye went.

But two weeks later, the sight in her right eye was gone as well, forcing her to spend the next month living in darkness – all while trying to care for her son Phoenix.

Ms Taylor was told by doctors she was at risk of losing her sight forever but after being blind for four weeks, Ms Taylor regained 80 per cent of her vision back. 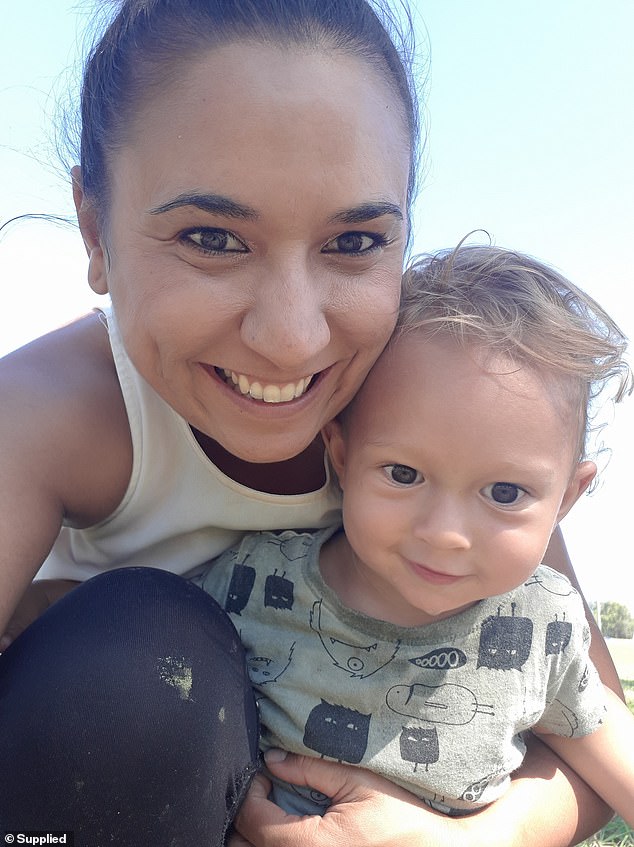 ‘I got the head cold, I was getting really sharp pains in my head and my eyes and then I woke up one morning and I thought: “I can’t see out of my left eye”,’ Ms Taylor told Daily Mail Australia.

Ms Taylor, who once represented New South Wales in hockey, said her career ended permanently when she was diagnosed with chronic fatigue after competing in a tournament in 2011.

She said having chronic fatigue had left lasting impacts on her body and made her susceptible to falling ill.

‘It took four years to feel good after I had chronic fatigue. My body was kind of already struck down once,’ she said. 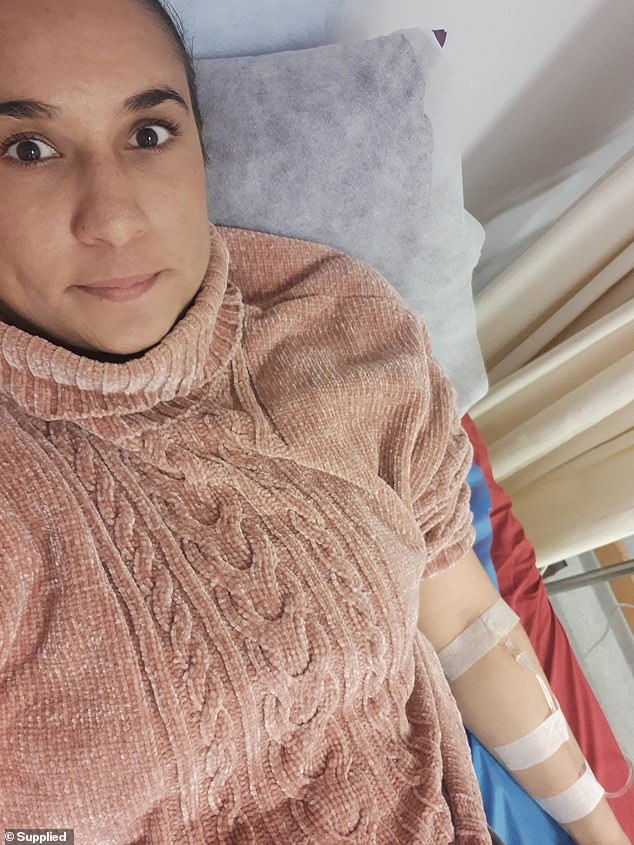 How Desiree Taylor lost her eyesight

Desiree Taylor contracted a virus which she thought was a common cold in July.

She began to lose her sight in her left eye and two weeks later lost vision in her right.

She spent the next four weeks in total darkness.

The virus had effected her optic nerve and she was diagnosed with optic neuritis.

The illness is caused by inflammation of the optic nerve and can lead to pain and temporary loss of vision.

After four weeks of having no vision, she regained 80 per cent of her sight back

With the birth of her baby, Ms Taylor said she had ‘everything sucked out’ of her.

She returned to playing hockey this April after six years out of the game but soon found she had taken on too much.

‘It was too much stress for my body to take. I’m my own worst enemy, I was getting frustrated I couldn’t do things I used to,’ she said.

It wasn’t until her partner Ben came down with a virus which passed onto her that Ms Taylor felt something might be wrong.

After losing her sight in her left eye she rushed to see a neurologist.

‘They said you’re going to have to get lumbar punctures, spinal tap fluids. I was diagnosed with optic neuritis, but I held off stupidly thinking it would get better,’ she said.

It wasn’t long before she lost the vision in her right eye and she then entered into a world of darkness.

‘If you were standing in front of me I wouldn’t be able to see any details of your face or who you were,’ she said. 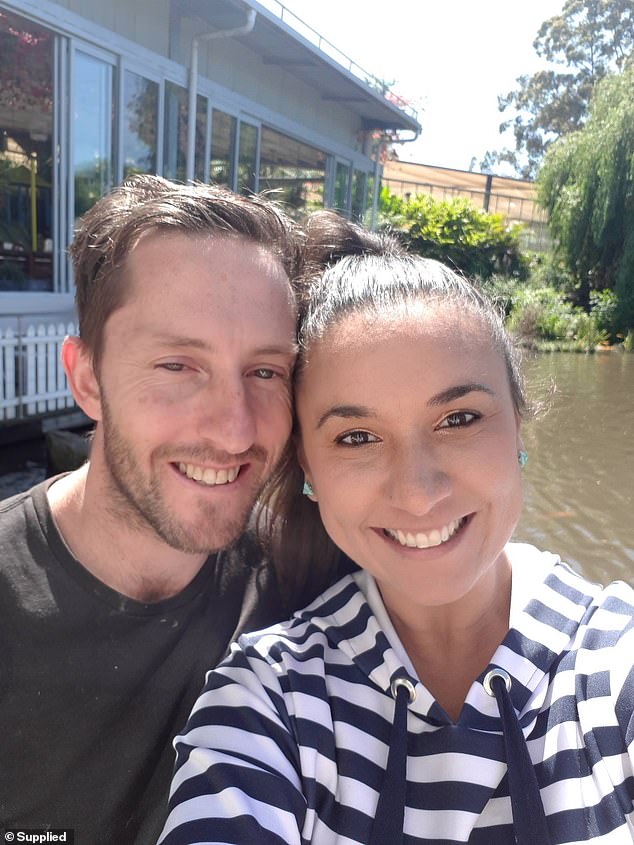 Ms Taylor said she spent the month in the dark listening to podcasts and things that would help her feel better.

‘All I really felt was fear,’ she said.

Luckily, Ms Taylor said she had the support of her partner and mother, only leaving the home to visit her parents’ house who live in the same suburb.

While she tried to stay positive, Ms Taylor admitted there were times when she would spend the whole day crying, as fears loomed in she would never be able to see her son again.

‘I didn’t know if I’d ever be able to see his little face again. I would cry a lot, but I would talk myself back up. You can’t heal when you’re in a depressed state. I thought it’s not going to be the end of my life,’ Ms Taylor said.

‘I did cry and break down. I was like what the f**k, I was so stupid for putting myself in that position.’ 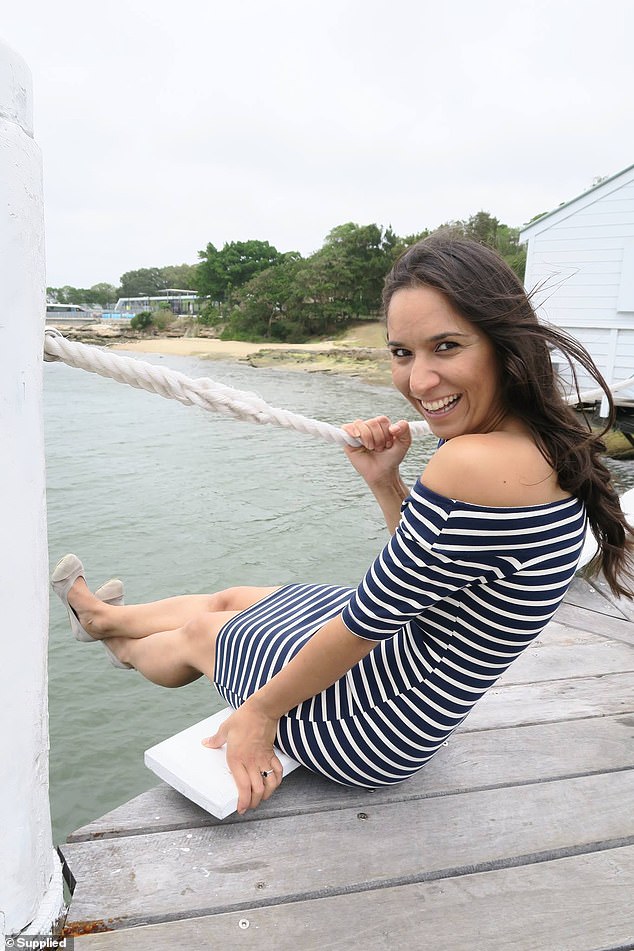 During the month without her sight, Ms Taylor’s eyes were inflamed and pointed in different directions.

Her two-year-old son Phoenix also had to get used to not relying on his mum.

‘It was a big adjustment for him, he would bang on the door for mum so I had to lock the door,’ she said.

‘One part that broke my heart was one morning I was crying and crying when my right eye went. When my mum picked him up in the afternoon, he said mummy was crying this morning because her eyes are hurting I think.’

Ms Taylor said she didn’t believe modern medicine was always the right treatment and often deterred from it.

But after hearing she may lose her sight forever if she didn’t have the steroid, prednisone, she decided to take it.

‘I was initially quite torn and thought I wasn’t going to take (the steroids) until it was quite bad, and then I thought “yeah I should take it”,’ she said.

On returning to the specialist, Ms Taylor was diagnosed with neuromyelitis optica, a branch off the debilitating disease multiple sclerosis.

‘It was scary because the worst case is I could also be wheelchair bound or if it gets worse I could go blind or paralysed,’ she said.

Ms Taylor has now regained 80 per cent of her sight back and has taken a break from her work as a life coach.

She said she is hoping to start work again in March but will spend the summer with her son and partner.

‘I felt like my eyesight went because I couldn’t see what was right in front of me,’ she said.

‘Now I’m feeling back to normal, I don’t want to push myself any further.’ 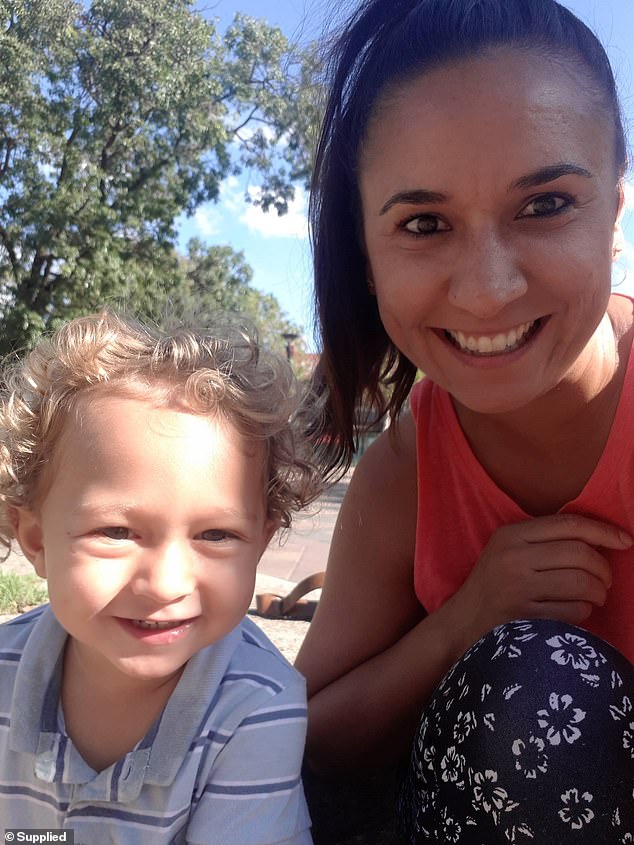 After spending a month in darkness, Ms Taylor finally regained 80 per cent of her eyesight back and plans to spend the summer with her son Phoenix

A deadly mosquito-borne virus is found in Florida