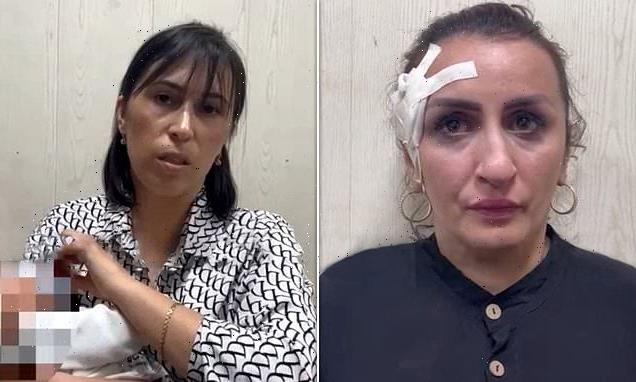 Mother is arrested for selling her five-day-old boy for £2,900 ‘to pay for a nose job’ in Russia

A Russian mother accused of selling her newborn son for £2,900 to pay for a nose job has been arrested.

The unnamed 33-year-old woman from Dagestan, in southern Russia, is said to have told a friend she did not want to keep the infant.

She arranged for a couple to buy the baby only five days after he was born on 25th April. 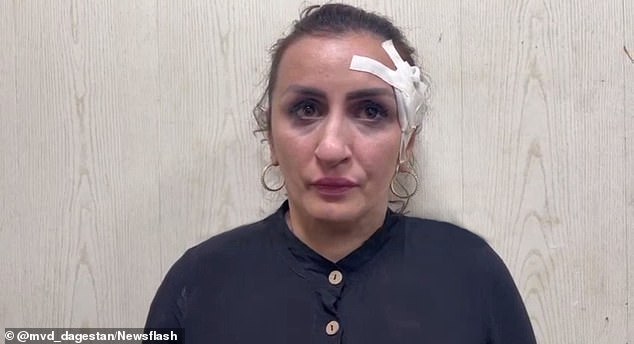 A detained woman who sold her newborn child for 200,000 rubles to get money for plastic surgery in Kaspiysk, Russia

‘She could not provide for the child, so I took the child.’

But the infant needed hospital treatment and medics asked the couple for his birth certificate.

When the couple went back to the woman asking for the baby’s birth certificate, she would only give it up in exchange for a further 100,000 rubles (£1440.98).

The mother had told the couple she did not have a job, a place to live or any money.

But upon receiving the amount on May 26, she told them she intended to spend the cash on a nose job.

The woman who bought the child said the mother told them she needed the nose job for better breathing.

But before the couple could hand over the remainder of the total fee, police arrested the group for human trafficking.

The statement said she was accused of selling another person.

‘According to investigators, on 25th April, 2022, a woman gave birth to a male child in Caspian City Central Hospital,’ the authorities went on. 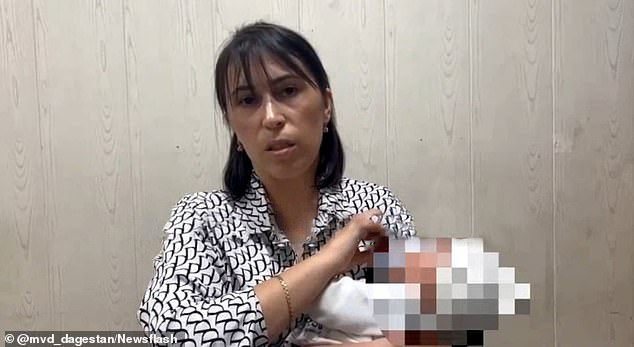 The woman who bought the infant from the mother is pictured

The husband and his wife agreed to adopt the child after they were told about the mother’s situation, encouraged by a neighbour.

‘I became friends with her and suggested she give the child to a family who couldn’t have kids anymore,’ the neighbour told police.

The mother went to a notary issued a waiver for the rights to the child on April 30, the investigators said, and exchanged the child for the cash.

‘She did not want to just leave the child, she wanted to find a family for her,’ said the woman who bought the child.

‘Currently, a series of investigative actions is being carried out, aimed at establishing all the circumstances of the crime committed and consolidating evidence of the suspect’s guilt,’ the statement concluded.

‘The issue of choosing a preventive measure against her is being decided.’ 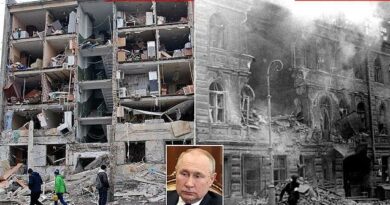