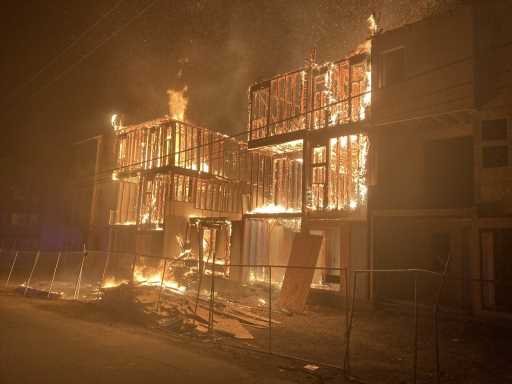 Crews arrived on the scene just before 4 a.m. as they responded to a two-alarm structure fire at 16th Avenue and Routt Street.

The townhome units were under construction, so there were no occupants, although numerous nearby homes were evacuated, the fire department said in a tweet.

One nearby home caught fire as a result of “heat exposure from the main fire,” according to West Metro Fire. Residents were able to make it out.

The cause of the fire is under investigation.