At least nine people have been killed in a mass shooting in Monterey Park, California on Saturday night (Sunday AEDT), the Los Angeles Times reported, police have confirmed .

The shooting took place after 10pm local time around the location of a Chinese Lunar New Year celebration held in Monterey Park, the newspaper said. 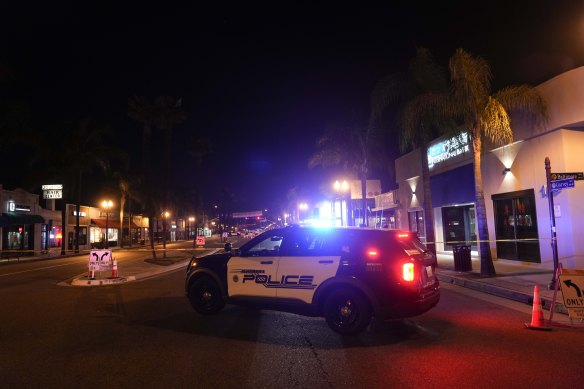 Police at the scene of a shooting in Monterey Park, California.Credit:AP

It was not clear how many other people had been injured or killed, or if the suspect was still at large.

Sargeant Bob Boese of the Los Angeles County Sheriff’s Department said the shooting occurred at a business on Garvey Avenue in Monterey Park.

The shooter is a male, Boese said.

Around the scene of the shooting – reported to have been at a nightclub – police had cordoned-off streets, the video showed.

“Our hearts go out to those who lost loved ones tonight in our neighbouring city, Monterey Park, where a mass shooting just occurred,” Los Angeles City Controller Kenneth Mejia said in a tweet.

Tens of thousands of people had attended the festival earlier in the day.

The LA Times quoted the owner of a nearby restaurant as saying that people who sought shelter in his property told him there was a man with a machine gun in the area.

Seung Won Choi told the newspaper that he believed the shooting took place at a dance club.

Monterey Park is a city in Los Angeles county, around 11 kilometres from downtown Los Angeles. 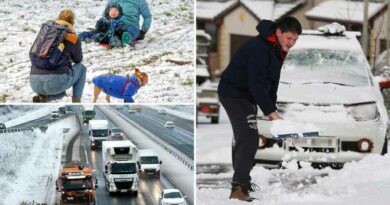 UK weather: Exact date temperatures will plunge to -10 as frost creeps across Britain in 'snowiest month of the year'