Home » Nestlé says 60% of its brands are unhealthy 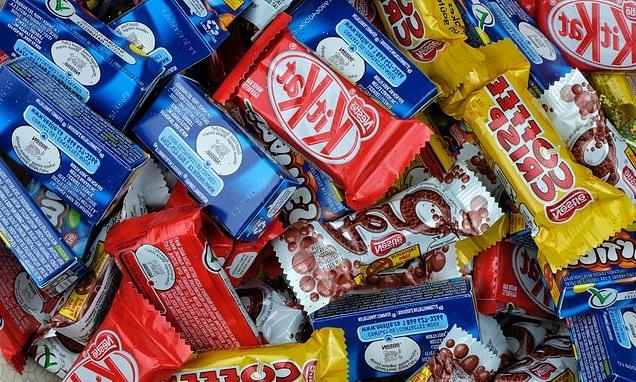 Nestlé has privately accepted that more than 60 per cent of its 2,000 products are not healthy and some never will be.

The admission from the food giant behind well-known brands such as KitKat, Nesquik, Quality Street and Cheerios comes despite its adoption of the slogan ‘Good Food, Good Life’.

A presentation circulated among senior executives acknowledged that most of its mainstream products do not meet a ‘recognised definition of health’.

The firm has cut sugar and salt levels but concedes ‘some of our products will never be ‘healthy’ no matter how much we renovate’.

The presentation revealed that only 37 per cent of its food and drinks by sales, excluding pet food and specialised medical nutrition, achieved a rating above 3.5 under Australia’s health rating system.

This threshold is a ‘recognised definition of health’. In the UK, a number of big-selling Nestlé products score a red rating for sugar, salt and fat under the Food Standards Agency’s traffic light system. 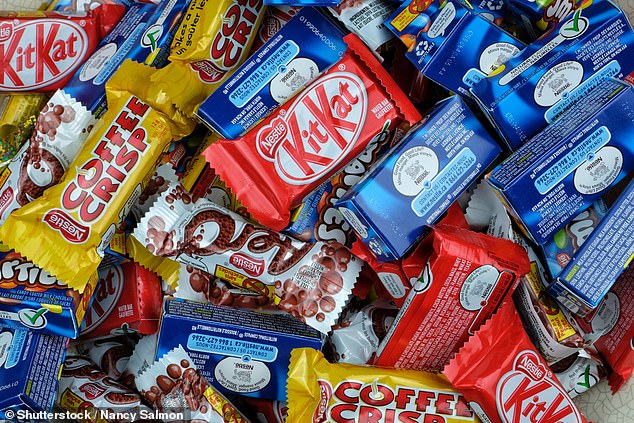 Nestlé has privately accepted that more than 60 per cent of its 2,000 products are not healthy and some never will be [Stock image]

The revelations could put Nestlé under pressure as food watchdogs in Britain and around the world impose tighter restrictions on marketing.

A tax on high sugar drinks in the UK led makers to dramatically cut levels. Now campaigners are lobbying for similar action on sugary foods and snacks.

The presentation, revealed by The Financial Times, highlighted products such as Nesquik which are very high in sugar. For example one glass of its chocolate drink comes in at 16.5g of sugar – equivalent to four teaspoons.

The presentation stated: ‘We have made significant improvements to our products… [but] our portfolio still underperforms against external definitions of health in a landscape where regulatory pressure and consumer demands are skyrocketing.’

There are 20g of sugar in a standard four finger Kitkat, which is equivalent to almost five teaspoons of sugar, and 11g of sugar in a 40g bowl of Coco Shreddies.

Nestlé, which is based in Switzerland, is updating its internal nutrition standards as part of a wider move to define itself as a ‘nutrition, health and wellness company’.

It said it is ‘working on a company-wide project to update its pioneering nutrition and health strategy’.

Chief executive, Mark Schneider, has acknowledged that consumers want a healthier diet but rejected claims that ‘processed’ foods including those made by Nestlé and other multinationals tend to be unhealthy.

A spokesman said: ‘We are looking at our entire portfolio across the different phases of people’s lives to ensure our products are helping meet their nutritional needs and supporting a balanced diet.

‘Our efforts build on a strong foundation of work over decades… For example, we have reduced the sugars and sodium in our products significantly in the past two decades, about 14-15 per cent in the past seven years alone.’ 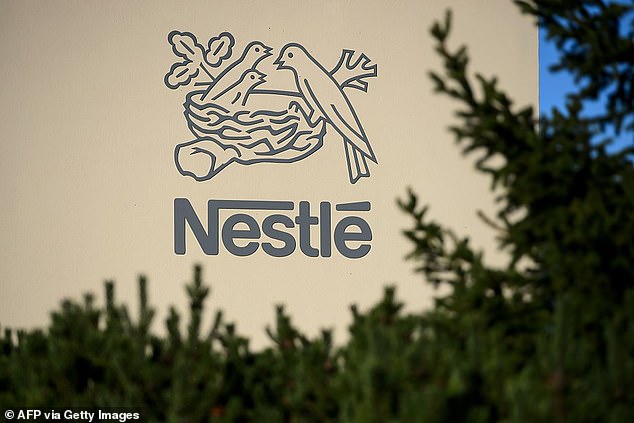 Nestlé, which is based in Switzerland, is updating its internal nutrition standards as part of a wider move to define itself as a ‘nutrition, health and wellness company’ [Stock image]