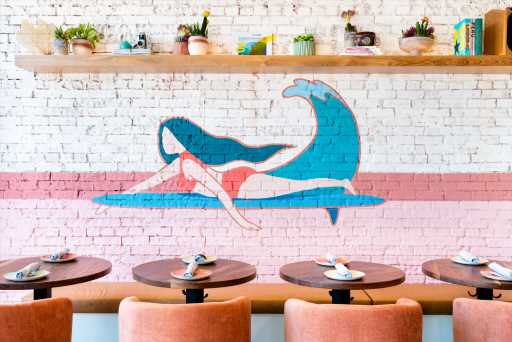 There’s only one more week until we’re officially (allowed to be) craving pumpkin spice, apple pie and Oktoberfests. So we thought we’d take the opportunity to recommend soaking up these last days of summer — and, hopefully, last days of hellish high temps — at some weather-appropriate spots. Go for the tropical cocktails, the grilled meats or the iced coffees and cold desserts. And get your fill before the snow starts.

Take the elevator straight up to The Red Barber rooftop at the new CatBird Hotel on Denver’s Walnut Street. You’ll walk outside to what feels like an entire city block in the sky, filled with nooks and views and an indoor-outdoor bar. Grab a seat overlooking the skyline or a secluded lounge area for your group. Food options consist mostly of skewers to share — grilled zucchini, bulgogi beef, octopus and prawn — as well as BBQ spare ribs and chilled shrimp lettuce cups. House cocktails come in single pours or buckets, which contain six-packs of margaritas, daiquiris and more.

For an iced coffee

Seek out the sweet new Tí Cafe on Broadway for Vietnamese cafe sua da (iced coffee with condensed milk), sparkling lychee soda and banh cam sesame balls filled with red bean, mung bean or taro inside. Sisters Sashaline, Shominic and Shasitie Nguyen started the hallway-sized shop this summer, and just a few months in, it feels like the freshest concept of the season. See a mixed-media art installation, intimate counter service and food and drink that’s like pop-culture in a cup — try fluffy flan atop the cafe sua da and “snowskin” mochi mooncakes filled with watermelon taro paste.

For a “trip” to the Baja coast

After debuting Perdida earlier this year in Wash Park, the Gastamo Group expanded its “Baja-rado” concept to Olde Town Arvada, where Lady Nomada has since opened shop. It’s a colorful, beachy dining room, bar and patio with dishes such as fish tacos, fajitas and ceviche on the food menu. To drink, there’s a whole menu of margaritas (try the Luau Rose with Herradura reposado, Aperol, pineapple, grenadine and lime); as well as a list of tropical cockails (painkillers, mai tais). Expect a lively atmosphere from the folks behind Perdida, Park Burger and Park & Co.

Subscribe to our new food newsletter, Stuffed, to get Denver food and drink news sent straight to your inbox. 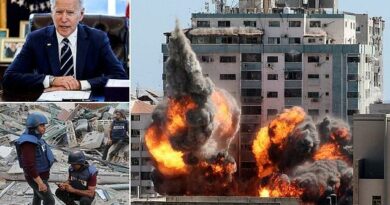