Home » World News » No beach holiday: the five big issues on the menu at G7 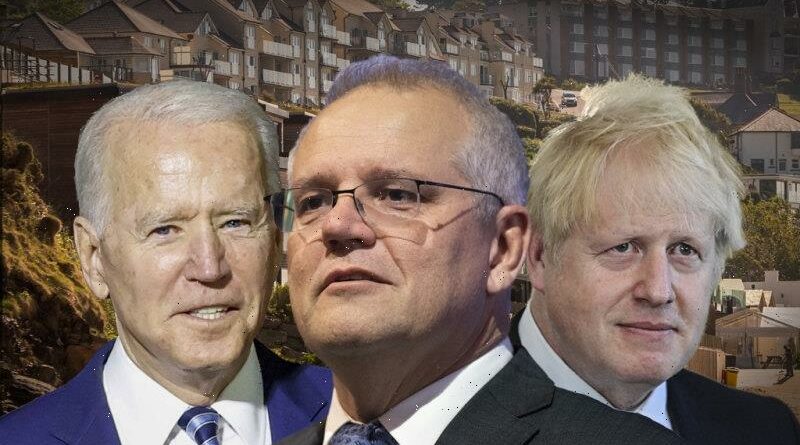 London: As Scott Morrison, Joe Biden and Boris Johnson mingle on a beach at Cornwall’s picturesque Carbis Bay this Saturday evening, waiters will hand out canapes of sparkling scallops, crab claws and mackerel before a main meal of barbecued sirloin and lobster with scorched leeks.

The menu has been created to showcase the best of British produce but more political factors were behind the choice of accompanying wine: Australian shiraz. Its inclusion is a not-so-subtle act of solidarity against China’s decision to slap huge tariffs on Australian wine imports last year as part of its campaign of economic coercion. 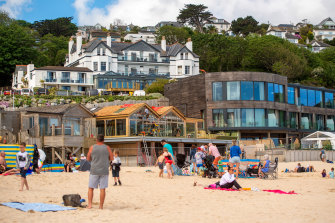 The beach in front of the Carbis Bay hotel where world leaders will toast marshmallows at a G7 barbecue. Credit:Bloomberg

The rise of China is one half-a-dozen core topics to be thrashed out at this weekend’s G7 summit in south west England – the first major in-person gathering of world leader since the coronavirus pandemic. The big issues include:

Morrison will have opportunities to speak to the G7 plus group throughout the weekend but his biggest contribution is expected on Sunday in a session on open societies and the recovery from the pandemic. He will continue the themes set out in a speech in Perth on Wednesday on the need for liberal democracies to work together against economic coercion by autocracies. While Europeans see risks from Russia, the G7 foreign ministers spoke up in May to criticise China’s treatment of the Uighur people, the crackdown in Hong Kong and expansion in the South China Sea. 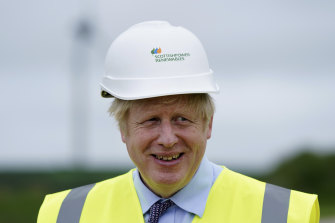 Each G7 nation has now signed up to achieving net zero emissions by 2050 but Australia is yet to do so. Morrison will likely come under pressure to shift on climate but any policy change from Australia will take place after this weekend’s summit, probably before the COP26 climate summit in Glasgow this November.

The meeting is likely to push hard on phasing out government subsidies and financing for fossil fuel projects. Morrison is also expected to warn European leaders against the use of carbon tariffs to force action on cutting emissions.

As G7 host, Johnson – who has presided over one of the world’s best vaccine rollouts – will push leaders to pledge to inoculate the entire world against COVID-19 by the end of next year.

“Vaccinating the world by the end of next year would be the single greatest feat in medical history,” Johnson said earlier this week.

The British Prime Minister wants commitments on stepping up vaccine production, lowering barriers to international distribution and sharing surplus doses with developing countries, directly and through the COVAX scheme for developing nations.

Morrison is expected to be quizzed on Australia’s policy response to the pandemic at a session on Saturday. The summit will also given him the chance to confront European Commission President Ursula Von der Leyen in person over the March decision to block the shipment of AstraZeneca doses bound for Australia.

A meeting of G7 finance ministers in London earlier this week paved the way for a major new accord on taxation, including a minimum tax rate of 15 per cent to crack down on dodgy behaviour from major companies and a scheme to boost tax revenue from multinational digital giants. Much of this work has been led by the Paris-based Organisation for Economic Co-operation and Development, now helmed by former Australian finance minister Mathias Cormann.

Bronwen Maddox, the director of London’s Institute for Government, says agreement on global taxation in Cornwall could make it the most successful G7 since the 2008 financial crisis. The removal of former US President Donald Trump is a key factor in the plan’s success. US Treasury Secretary Janet Yellen has strongly backed the idea of a “robust global minimum” company tax at a rate of 15 per cent.

One of the most tangible results for Australia at the G7 would be a commitment to restore the World Trade Organisation’s ability to rule on disputes, creating a pathway to end Chinese sanctions on Australian barley, wine and other products. Morrison needs the US to act to fix the WTO after years of neglect under Trump, who blocked appointments to the organisation’s peak appellate body. While the problem for Australia lies in Beijing, the solution lies in Washington DC.

Morrison has called for changes to the WTO but has not been prescriptive. His position is to leave room for the Biden administration to decide its next steps. The key Australian objective is to ensure liberal democracies at the G7 agree on the urgency and commit to a stronger WTO.