Home » No charges for officer in Capitol riot shooting: prosecutors 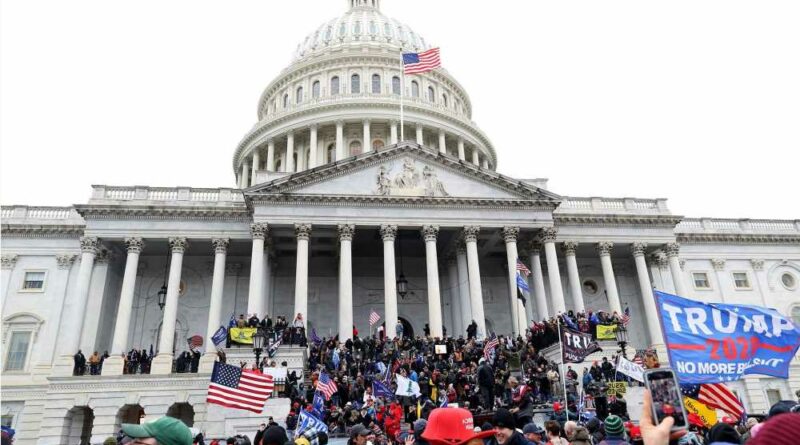 ‘Street fighter’ Pelosi claims she would have battled Capitol rioters

WASHINGTON — Federal prosecutors will not charge a police officer who shot and killed a woman as she climbed through the broken part of a door during the insurrection at the US Capitol on Jan. 6.

Authorities had considered for months whether criminal charges were appropriate for the Capitol Police officer who fatally shot Ashli Babbitt, 35, an Air Force veteran from San Diego. The Justice Department’s decision, though expected, officially closes out the investigation.

Prosecutors said they had reviewed video of the shooting, along with statements from the officer involved and other officers and witnesses, examined physical evidence from the scene and reviewed the autopsy results.

“Based on that investigation, officials determined that there is insufficient evidence to support a criminal prosecution,” the department said in a statement.

Video clips posted online depict Babbitt, wearing a stars-and-stripes backpack, stepping up and beginning to go through the waist-high opening of an area of the Capitol known as the Speaker’s Lobby when a gunshot is heard. She falls backwards. Another video shows other unidentified people attempting to lift Babbitt up. She can be seen slumping back to the floor.

Babbitt is one of five people who died in or outside the Capitol on Jan. 6, including a police officer. Three other people died of medical emergencies.

The Justice Department does not bring criminal charges in most police shootings it investigates in part because of the high burden for prosecution. Criminal charges were not expected in this case because videos of the shooting show Babbitt encroaching into a prohibited space, and second-guessing the actions of an officer during the violent and chaotic day would have been a challenge.

Coronavirus could kill 45,000,000 and infect 60 per cent of global population