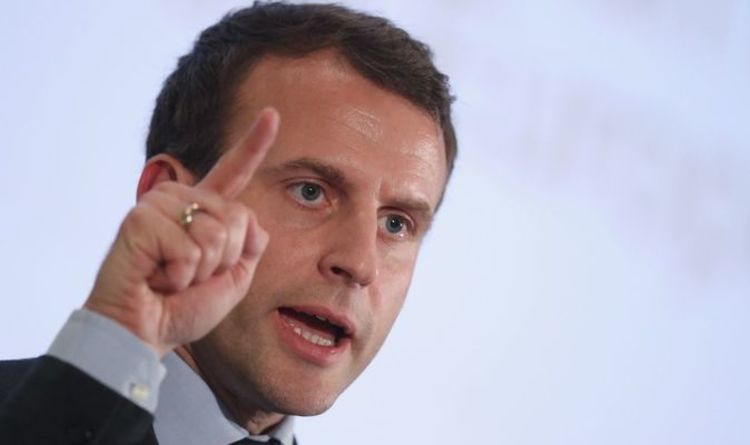 The French President’s government this week became embroiled in a row with the UK over migrants crossing the English Channel. It came as Home Secretary Priti Patel announced plans to send back migrants from France as they entered British waters. The strategy would see Border Force officers turn around boats in specific circumstances, which would require approval from the Home Secretary.

Earlier this year Britain struck a £54.2million deal with France to beef up coastal policing and patrols on the French coast.

However, Ms Patel has threatened to withhold the cash unless France can prevent more migrants making the crossing to Britain.

A resurfaced interview with Mr Macron reveals how he once made his own threat about sending migrants back across the Channel.

The French President spoke to the Financial Times in 2016 before Brexit, while he was still the country’s economy minister.

The paper said Mr Macron had suggested that the UK’s withdrawal from the EU could spell trouble for a key immigration agreement between Britain and France.

JUST IN: Monty Don’s savage reason for not accepting I’m a Celeb invite: ‘Why blow it all?’

Also known as the Le Touquet Treaty, it allows Britain to carry out border checks – and keep unwanted migrants – on the French side of the Channel.

Mr Macron was grilled over the possibility of migrants leaving refugee camps in the port of Calais in northern France for Britain.

He was also asked about the so-called “passporting” arrangement, which underpinned the UK’s financial services trade with the EU when it was a member of the bloc.

Mr Macron said: “The day this relationship unravels, migrants will no longer be in Calais and the financial passport would work less well.”

The French leader also suggested to Britain that financial services workers in the City of London may move to France after Brexit.

He said: “If I were to reason like those who roll out red carpets, I would say we might have some repatriations from the City of London.”

The French President also used the interview to warn that the UK would not get access to the EU’s single market in the event of Brexit.

He said: “People deciding to leave the single market will not be able to secure the same terms.”

He added: “The EU has no choice but to become a true military and diplomatic power, something it has always been reluctant to be, mostly by lack of ambition.”

Speaking about the migrant crisis, Mr Macron said it demonstrated the need for Europe to remain united.

He said: “The refugee crisis shows we can’t be isolated from the world’s geopolitical troubles.

“It’s true that the handling of this crisis is appalling. But the response can only be a European one, not a national one, with co-ordinated diplomacy and border controls.”

On the UK’s current approach to migrants in the Channel, Ms Patel has said she has got legal advice for Border Force boats to start turning migrants around.

However, France has been angered by the UK’s strong approach to the issue.

France’s interior minister Gérald Darmanin hit out at the Government’s plans in a series of tweets.

He said: “France will not accept any practice that breaks maritime law, nor any financial blackmail.”

“The UK’s commitment must be kept. I clearly said it to my counterpart Priti Patel.

“The friendship between our two countries deserves better than posturing which undermines the cooperation between our ministries.”
Source: Read Full Article

Queen and Donald Trump phone call: What did the Queen tell Trump? 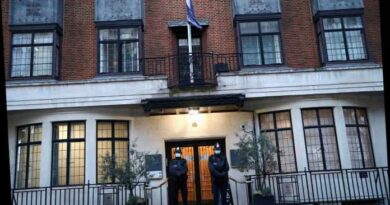 Where is King Edward VII hospital, is it private and what are the fees?

This shrimp recipe will bring you joy – The Denver Post