Drone light shows have been rejected for Sydney’s New Year’s Eve celebrations after they were found to be inferior environmentally and double the cost of the traditional Sydney Harbour fireworks show.

Lord Mayor Clover Moore declared this week that pyrotechnic displays were the most “egalitarian” option for New Year’s Eve. 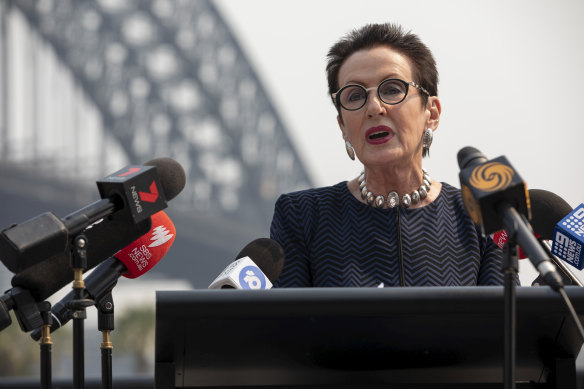 The use of drone light shows has grown sharply worldwide. For the opening ceremony of the Tokyo Olympics, 1824 drones were employed to dazzle crowds as they morphed in a revolving globe representing the Earth.

In January this year, 600 drones were used for the Elevate Sydney Sky Show, which wowed crowds as the tiny aircraft simulated giant cockatoos, love hearts and spelt out Sydney across the night sky.

In 2019, when smoke from the catastrophic bushfires blanketed the city, more than 250,000 people signed a petition calling for the Sydney fireworks to be scrapped, with some arguing that the emissions from pyrotechnic shows were no longer acceptable in a warming world. 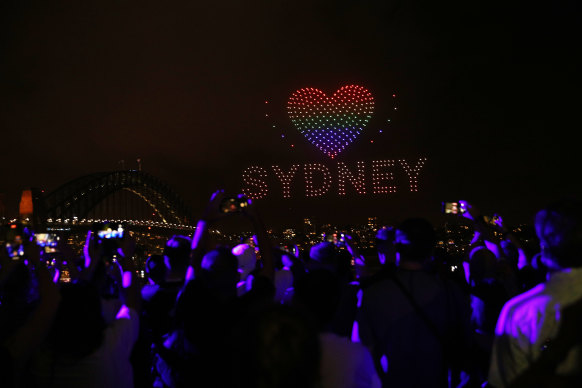 In the following years, the debate over New Year’s Eve continued after the COVID-19 pandemic led to major restrictions on celebrations, with council urged to adopt light shows, lasers and drones, and spread festivities across the city.

Now, Moore is forging ahead with the fireworks show, saying little would be gained from cancelling them.

A review commissioned by the City of Sydney, which the council would not publicly release citing commercial-in-confidence reasons, found it would take 6500 drones to produce a show close to the same scale as the New Year’s fireworks on the harbour.

“In addition, the show would need to be shorter and there would be a far greater risk it could be cancelled at the last minute, as drones are more susceptible to adverse weather events like high winds and they can’t fly in the rain,” a council spokesman said. 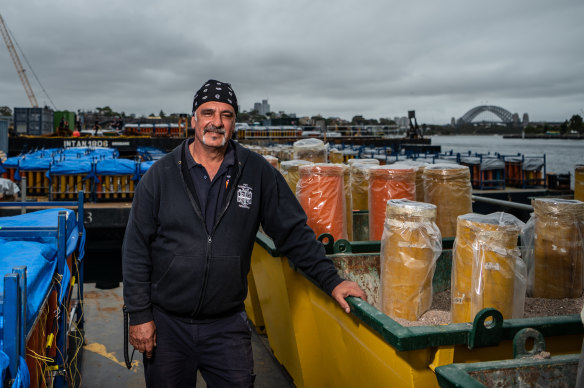 This year, the pyrotechnic display of more than 100,000 individual effects will cost $5.8 million and use seven tonnes of fireworks.

The council said emissions generated by the fireworks display were offset and the council was continually looking for other ways to reduce greenhouse gases released by the event. 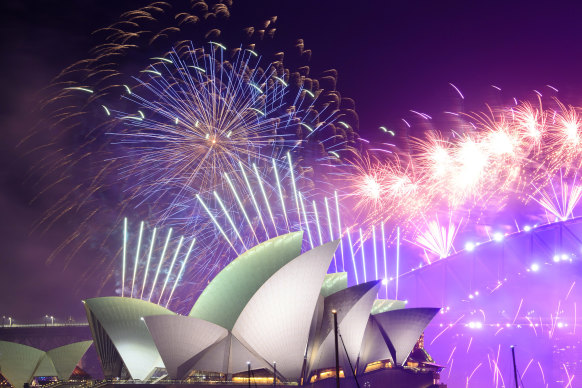 This year’s fireworks display will cost $5.8 million and use seven tonnes of fireworks.Credit:Getty

“We therefore believe fireworks still provide Sydney with the best bang for our buck for the New Year’s Eve celebrations.”

Moore said the fireworks brought more than one million people to the Sydney Harbour foreshore, 425 million people watched the show around the world, and it contributed $280 million to the NSW economy.

“Fireworks are still the most spectacular, economical and egalitarian entertainment the city can provide, but we are always looking for new ideas and technologies to enhance the event and keep it the premiere local and global NYE celebration,” she said.

Numerous towns in Colorado in the US have stopped staging firework displays in favour of drones shows for Fourth of July celebrations, after the pyrotechnics started bushfires.

This year, the ski resort town of Vail in Colorado hired a company to create a drone display this year in the shape of the Statue of Liberty with 200 drones for onlookers, with music replacing the sound of booming fireworks.

Get to the heart of what’s happening with climate change and the environment. Our fortnightly Environment newsletter brings you the news, the issues and the solutions. Sign up here.