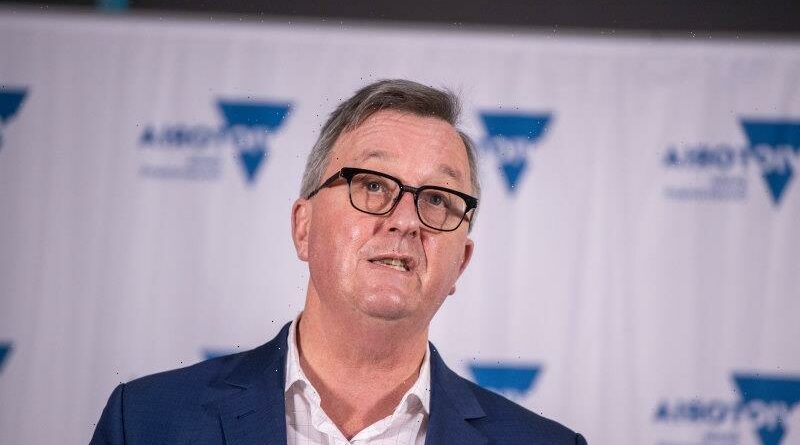 Australia’s plan to reopen and move beyond lockdowns this year will be in jeopardy unless NSW drives COVID-19 case numbers close to zero as well as hitting a vaccination target of 70 per cent of the adult population.

Experts predict Victoria and other states could return to a COVID-normal situation if vaccination targets were reached and case numbers remained low, but NSW would be shut out by the rest of the country.

If Australia did open up at 70 per cent adult vaccination with daily cases in the hundreds, as they were in NSW on Saturday, modelling from the Doherty Institute suggests 385,000 coronavirus cases and almost 1500 deaths could occur in six months.

To avoid thousands of cases a day, states and territories – including Victoria – would be required to continue using border closures and lockdowns even after hitting 80 per cent vaccination.

By comparison, reopening with low or no cases at 70 per cent vaccination would bring 2737 infections and 13 deaths over six months.

On Saturday NSW reported 466 cases in a single day – another record total – and rules were toughened hours before lockdown was extended to the entire state. 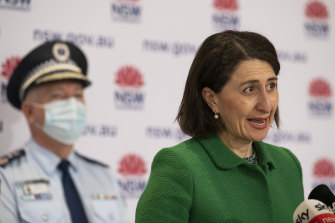 Three federal MPs from Sydney – Fiona Martin, Dave Sharma and Jason Falinski – said on Saturday that they believed it would be impossible for NSW to return to zero COVID-19 cases and that mass vaccination offered the only path to freedom.

The dramatic decision to belatedly lock down all of NSW, made on Saturday afternoon, did not change the view of those MPs over the state’s longer-term prospects in the battle against the virus. 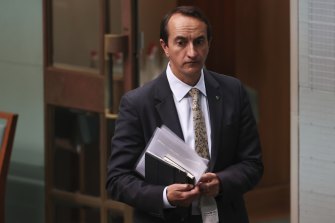 Federal Liberal MP Dave Sharma is among those in Canberra who do not believe NSW can reach zero transmission.Credit:Alex Ellinghausen

Prime Minister Scott Morrison has said lockdowns, rather than vaccination, are the way out of NSW’s outbreak – a markedly different emphasis from Premier Gladys Berejiklian’s focus on rapid vaccination over recent weeks.

With over 100,000 jabs now being administered each day, Ms Berejiklian has estimated NSW will hit 70 per cent double-dose vaccination by late October and 80 per cent by mid-November.

Under the national four-phase reopening plan based on the Doherty Institute modelling, lockdowns would be “unlikely but possible and targeted” at 70 per cent vaccination then “highly targeted only” with minimum baseline restrictions at 80 per cent. Domestic border closures would also become unnecessary.

Nic Rebuli, a researcher at the University of NSW School of Population Health who worked on the Doherty Institute modelling, said in his view anything above 100 cases a day was probably too high to consider moving beyond border closures and lockdowns, even at 70 per cent vaccination.

“NSW’s hope is if they can get vaccines to more at-risk areas such as essential workers, they can bring transmission down while also increasing vaccination rates.”

Victorian Health Minister Martin Foley emphasised on Saturday that moving to a world without lockdowns was only possible with “zero or low cases” nationwide. 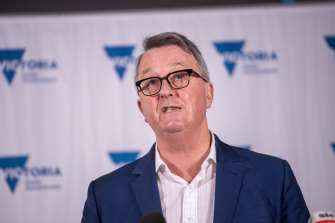 “I would encourage NSW to take all the measures it needs to, to drive those numbers down … we can’t have that level of confidence until all of us have achieved the preconditions that the Doherty modelling is predicated on.”

Melbourne University epidemiologist Professor Tony Blakely said that even with a stage 4, statewide lockdown it was difficult to see NSW returning to zero cases before November or December given the extent of transmission.

“From there, there is a question over whether they might just choose to live with it. When vaccination coverage is higher it is easier, we believe, to achieve elimination then, as it tips the balance your way,” he said.

Michael Lydeamore, an infectious-diseases modeller at Monash University who also worked on the Doherty Institute modelling, said it was clear opening up at a higher base level of cases would accelerate new infections.

“Everything gets riskier the more cases you start with – a lot riskier, really.”

University of NSW mathematician Jason Wood, another co-author of the Doherty Institute modelling, said it forecast two scenarios: zero or low cases versus an unchecked epidemic.

In the latter, an initial high number of daily cases puts an increasing strain on testing, tracing, isolation and quarantine safeguards, allowing 385,000 cases to be recorded over six months. In reality, however, government measures such as lockdowns and border closures would prevent the epidemic reaching those heights. 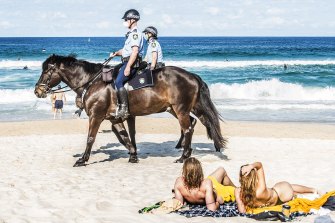 Professor Nancy Baxter, the head of Melbourne University’s School of Population and Global Health, said the most important thing for NSW to do in the short term was to reduce the R0 – the reproduction rate of the virus – to below one to ensure the spread of the virus was slowed.

“The relevant question is what we do to get reproduction under one because otherwise it’s not 500 cases a day, it’s 5000 cases. It doesn’t take too long once reproduction is over one to get to a shocking number of cases,” she said.

“Can NSW get to zero cases? I don’t know. It will take longer than two months. They have to impose all the things they’ve resisted until now because it maybe won’t make a difference – they need to impose them now, try them.”

Mr Foley conceded Victorian authorities had “growing concerns” about Victoria’s outbreak, which grew by 21 cases on Saturday, with only 11 in quarantine during their infectious period.

The acquisition source remains unknown for eight cases recorded over the past week, spread across eight local government areas.

Victoria set a new daily record for COVID-19 vaccine doses with 29,490 administered on Friday, but concerns remain about more wastewater detections across the state.

The Carlton wastewater detection was identified as coming from a public housing estate with health officials contacting residents directly and CoHealth setting up onsite testing at the estate.