Journalists pray for miracle to stave off Tribune takeover by Alden

The New York Times is trying to beat back feelings of COVID-19 burnout with “global days off.”

The Gray Lady told staffers last week that its adding three extra days off for the remainder of the year — one per quarter — in an effort to offset the “burnout” and “exhaustion” that staffers have been feeling as a result of the COVID-19 pandemic.

“Recognizing how hard the past year has felt, today we’re announcing the launch of quarterly Global Days Off for the remaining three quarters of 2021,” said the memo from executive editor Dean Baquet, CEO Mereith Kopit Levien and chief human resources office Jacqueline Welch.

The company chose May 14, August 13 and November 5 as days when non-essential staffers can safely take off work. Everyone else will receive one additional personal day to be used within that quarter, the company said.

“The goal of the Global Day Off is to create a few moments to reset as we have just come through a difficult period that has produced a sense of exhaustion, burnout and a need for respite for many,” said the memo. “We aim to support having as many people as possible take off at the same time so that we can meaningfully reduce the flow of emails, slacks, and texts and give everyone a quiet days to refresh.”

The Times avoided mass layoffs last year as as the pandemic crushed advertising revenue for months. Many other news organizations that suffered layoffs have been working with limited staff ever since — leading some to call it quits, including two top editors of Wired.com.

Still, one insider noted: “Everyone is pretty stressed out due to the pandemic.” And while the source said he didn’t want to look a gift horse in the mouth, he wondered aloud if the added days off might be tied to management’s efforts to appear benevolent amid negotiations over a new union contract with 1,400 journalists and business staffers.

As The Post has previously reported, management has so far balked at the union’s top requests, including to bring in “Ally McBeal”-style gender-neutral bathrooms and to retroactively revise the bylines of transgender journalists who have changed their names.

“Global Days Off is one of several things we are doing to support greater flexibility as we work toward a return to the office in the fall,” the memo said. No date was specified.

Management said it’s planning to allow more flexibility “where people who’s jobs allow can work anywhere two days a week.” They also made sure to point out that they’ve already increased days off in 2020 as the pandemic raged, including five extra sick days in 2021 and 14 day COVID-quarantine days to US-based workers.

The trio concluded rather humorously, “We look forward to not seeing as many of you as possible during our first Global Day Off on May 14.” 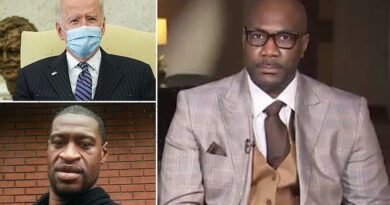 Democratic governors vow that all votes will be counted