Home » Warren proposes wealth tax: 'It's time for them to pay a fair share' 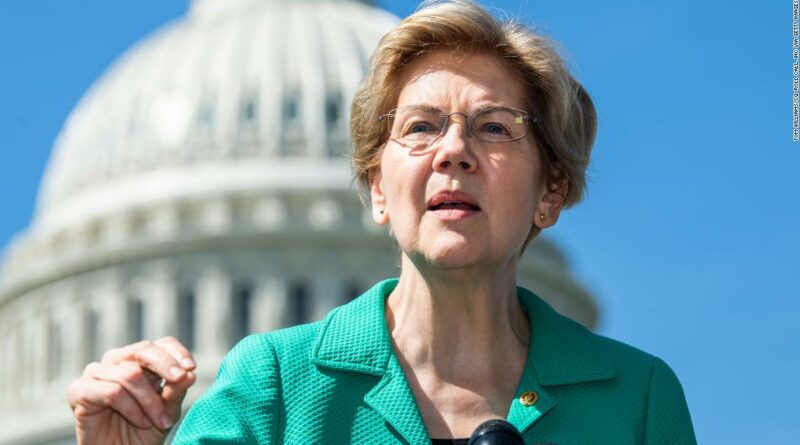 New York (CNN Business)Senator Elizabeth Warren is making her case for why America’s tax system is rigged by calling out Amazon, Netflix and other companies that pay little or nothing in federal income taxes.

“Congress didn’t wake up one morning and say, ‘Let’s punch enough holes in the tax code so that Amazon and Netflix can earn billions and pay nothing,'” Warren told CNN Business on Tuesday after chairing her first Senate finance subcommittee hearing. 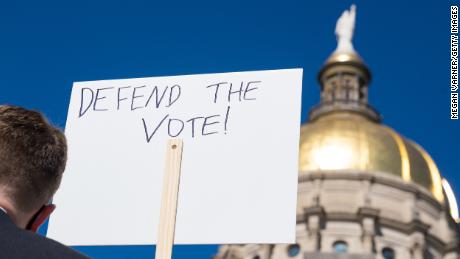 During the hearing, Warren argued the solution is what she’s dubbed a Real Corporate Profits Tax: a 7% tax on book income. That’s the figure that companies report to shareholders. It’s often higher than what gets reported to the IRS after the impact of exemptions and loopholes.

Warren’s tax would apply only to companies that report book income above $100 million. It would seek to raise $1.3 trillion.

“No tricks, no deductions, no loopholes, nothing fancy. Seven cents to the IRS,” Warren said during the hearing.

Paying little or no taxes

President Joe Biden has proposed raising the corporate income tax rate to 28%, up from 21% but below the 35% before the Trump tax cuts. Biden is also pushing a 15% minimum tax on book income.
Despite reporting large pretax profits, at least 55 large corporations paid no federal corporate income tax in their most recent fiscal year, according to the Institute on Taxation and Economic Policy, a progressive think tank. The list of profitable companies that avoided all federal income taxes last year includes FedEx (FDX), HP and Nike (NKE) — three companies Warren called out during her hearing.
Netflix (NFLX) paid a tax rate of less than 1% last year, while Amazon’s (AMZN) federal rate was 9.4%, according to ITEP.
“Our taxes, which are publicly reported, reflect our continued investments, employee compensation, and U.S. tax laws,” Amazon said in a statement to CNN Business.
The company reported $1.7 billion in federal income tax expenses last year in addition to nearly $2 billion in other federal taxes and $2.6 billion in state and local taxes. Amazon added that it collected $18 billion in sales taxes that boosted revenue for state and local governments. The company said it created nearly a million US jobs over the past decade.
“US tax laws were designed to encourage the kind of investments Amazon has made to move the US economy forward,” Amazon said.
Netflix was not immediately available for a comment.

Republicans and some academics have warned against taxing book income.
“When you increase taxes and increase government control, you destroy investment and job numbers suffer,” Senator Bill Cassidy, a Louisiana Republican, said during Tuesday’s hearing. 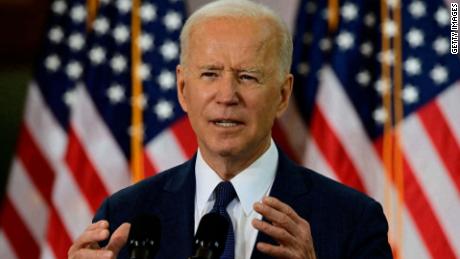 Jeff Hoopes, an accounting and tax professor at the University of North Carolina, said during the hearing that taxing book income would complicate the tax code and make stock markets less efficient because CFOs would manage earnings to avoid the tax. He described it as a “band-aid solution that creates more problems than it solves.”
Warren argued that the current system is unfair to small business owners, who don’t have the resources to pay for lobbyists to influence Congress.
“Small business owners are paying their fair share, but the giants are not and that creates a disadvantage for every small business in America,” Warren told CNN Business.

To crack down on tax evasion and raise much-needed revenue, Biden will seek $80 billion to fund enhanced Internal Revenue Service enforcement of high-earners, CNN reported on Tuesday.
The administration estimates the tougher enforcement will boost tax revenue by $700 billion — money that can be used to pay for his American Families Plan.
Warren suggested Biden could go even bigger on IRS enforcement.
“I’m very happy about the direction the president is going,” said Warren, who has proposed $100 billion for IRS enforcement. “I just hope he goes a little further. Tax cheats should be called out. They should be investigated and, in some cases, sent to jail, not left to enjoy their money because the IRS doesn’t have the resources to audit them. That’s just wrong.”

The Biden administration has proposed raising taxes on corporations and wealthy individuals to pay for the president’s ambitious domestic agenda, including a $2 trillion infrastructure program. However, the White House has not endorsed Warren’s proposed wealth tax on the net worth of Americans above $50 million. 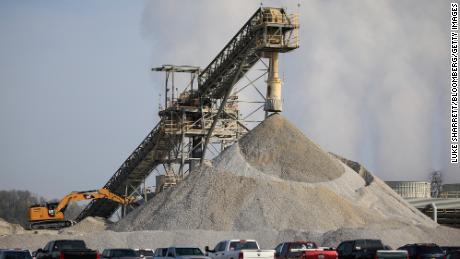 Asked if she’s disappointed that Biden is not pursuing a wealth tax, Warren suggested she’s not giving up just yet.
“I’m out there fighting for why the rich and the powerful need to pay a little more and the IRS needs a little more enforcement muscle so that we have the money to invest in a future for all American families,” Warren said. “I’m going to keep that fight up.”
Warren is also urging Biden to think big on helping parents — especially mothers — whose careers have been sidelined by the pandemic. Warren and Democratic Congressman Mondaire Jones reintroduced a $700 billion universal childcare bill Tuesday that would ensure no family pays more than 7% of income on childcare.

A staggering number of women dropped out of the workforce during the pandemic as schools and daycare facilities were shuttered.
“Universal childcare is the necessary infrastructure so that mamas can get back to work,” Warren said. “Millions of women learned during this pandemic that without affordable, dependable available childcare they just can’t manage it all.”
Source: Read Full Article

Equinix is launching a $1 billion dollar venture with Singapore’s sovereign fund to help cloud customers like Amazon, Microsoft, and Google keep up with their massive data center needs