Home » World News » Owners of quarry where boy, 16, died plead with public to stay away 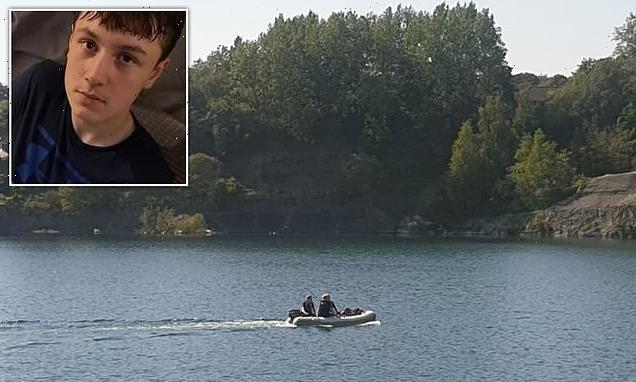 Owners of quarry where boy, 16, became the third teenager to die plead with public to stay away – as they say they will reduce the depth of the water

The owners of a quarry where a teenage boy died on Saturday are pleading with the public to stay away – while revealing plans to reduce the depth of the water.

Jamie Lewin, 16, was the third teenager in just seven years to lose his life getting into difficulty in the water at East Quarry in Appley Bridge, Wigan.

The tragedy sparked shock, grief and anger in the local community, but visitors still flocked to the site to try and access the water amid the hot weather.

This is despite signs and fencing urging people to stay away as well as Lancashire’s fire service occasionally setting up a mobile station outside the quarry to try and deter day-trippers.

Officers from Lancashire Fire and Rescue Service were at the scene earlier this week and could be seen talking to youths next to a fence in the vicinity of the disused, water filled quarry.

Owners Maybrook Investments have also issued a fresh plea for people to stay away and said they are planning to reduce the depth of the water to minimise the risk.

The owners of East Quarry in Appley Bridge, Wigan, where a teenage boy died on Saturday, are pleading with the public to stay away – while revealing plans to reduce the depth of the water 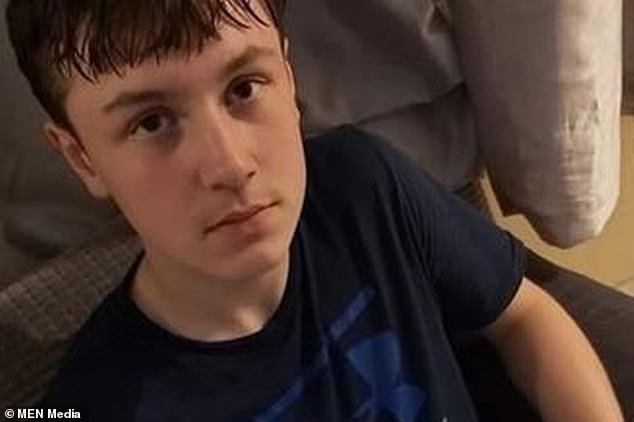 Jamie Lewin, 16, was the third teenager in just seven years to lose his life at the quarry

The company has previously received permission from the Environment Agency to drain 75% of the water and discharge it into the Calico Brook, which runs directly to the east of the quarry.

But it was then refused a planning application by Lancashire County Council for a new road which would have allowed HGVs to access the site.

Under advice from a different consultant, it has pressed ahead with the ramp on a permitted development basis and now plans to ask for a certificate of lawfulness from the council to raise the level of the quarry from a low as 60ft in some places to no more than one metre.

It is hoped that this would stop the water being an attraction for visitors as well as reducing the risk of drowning.

Jamie, from Southport, was the third teenager to lose his life in the water after Miracle Godson in 2015 and Craig Croston in 2019.

In a tribute, his mother Steph Lewin said: ‘Jamie was a promising boxer who loved life and had so much to look forward to. He was so loved by everyone. He touched so many peoples’ lives in such a short time, he really did spread himself far.

A spokesperson for the quarry owners said: ‘The owners and staff at Maybrook are deeply saddened at the tragic death at East Quarry on 9th July 2022 and would like to pass their condolences to his family and friends.

‘Our team have been maintaining the perimeter fencing and working with the emergency services to discourage young people from entering the site.

‘Despite the tragedy of the weekend there are still groups of youths attempting to access the quarry. We appeal directly to them: please stay away and stay safe.

‘As for the future of the quarry, the emergency access is very nearly complete and Maybrook have already prepared a Certificate of Lawfulness Application to drain, fill and re-water the quarry.

‘Given the delays and objections rather than wait for the determination of a planning application for development of the site, which could take years, we decided in late 2021 that we would just remove the attraction and the danger it poses by reducing the depth of the water within the quarry to between 0.5 and 1m by raising the level of the Quarry floor.

‘The external appearance quarry would be the same, but it would be safe. Upon issuing of the certificate Maybrook will be able to commence the drainage and works.

‘In view of the clear and ongoing risk to life Maybrook plead with the council to issue the certificate immediately and without further delays or obstacles. We would be grateful if interested parties could provide us a letter supporting the application.’ 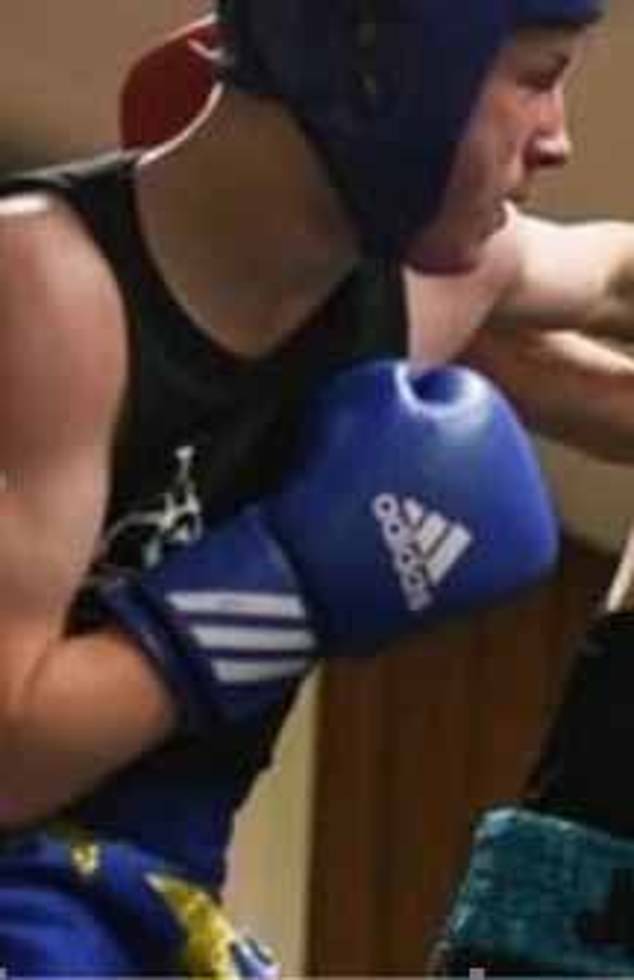 Heartfelt tributes have since poured in for the schoolboy, with his mother Steph describing him as a ‘promising boxer who loved life and had so much to look forward to’ 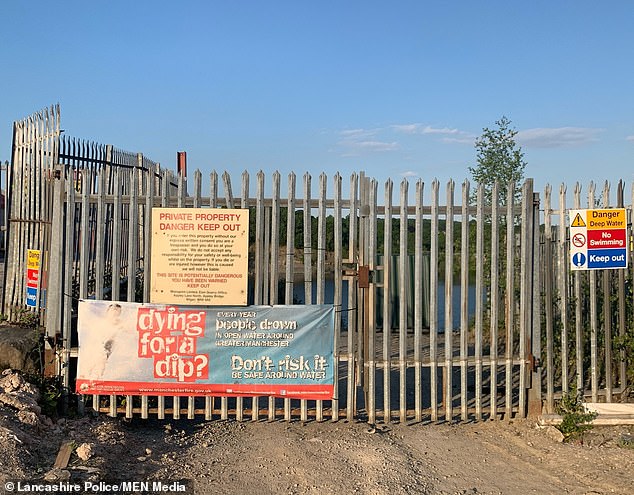 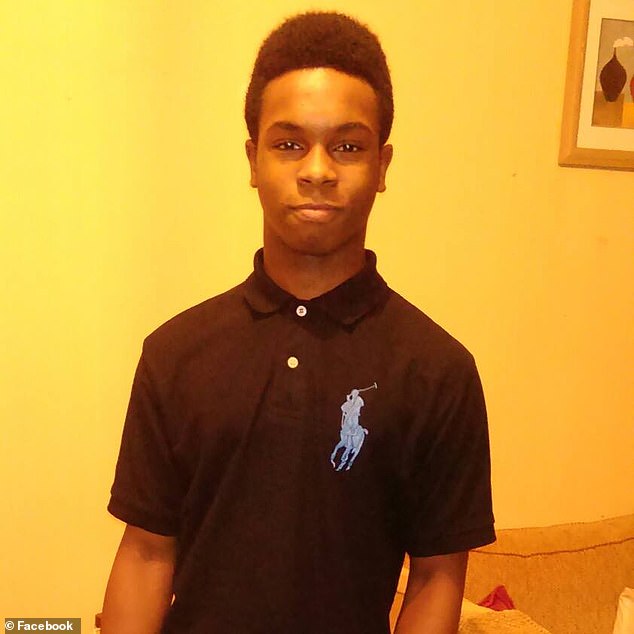 Jamie, from Southport, was the third teenager to lose his life in the water after Miracle Godson (pictured) in 2015 and Craig Croston in 2019

The company is asking people to write to West Lancashire MP Rosie Cooper and Lancashire County Council’s planning service to express their support.

Ms Cooper issued her own call for action two days after the tragedy, saying: ‘I am saddened by the tragic news that a teenager has died in the East Quarry in Appley Bridge. My deepest sympathies are with his family and friends.

‘Although the police, owners and local authorities have consistently done what they can to secure this Quarry to advise and prevent people from swimming in the lake, the size of the site has proved this difficult.

‘Whenever we have a period of good weather, this has led to young people ignoring advice and warnings not to swim in the Quarry.

‘The Quarry must now be drained as a matter of urgency, and I am calling on Lancashire County Council to give the final approval to any pending applications for the developers to begin draining the Quarry.’

Long-term, Maybrook hopes to completely fill the quarry and redevelop the space, as well as West Quarry, for a mixture of residential and community use.

Proposals presented to Wrightington Parish Council in 2019 remain the ultimate ambition and would include a housing estate, car park for the nearby train station, a community centre and public greenspace.

Blame game after 16,000 Covid cases missed due to Excel glitch 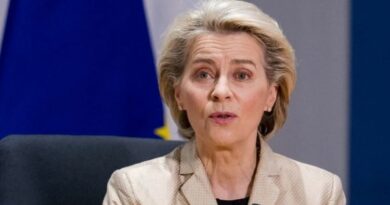