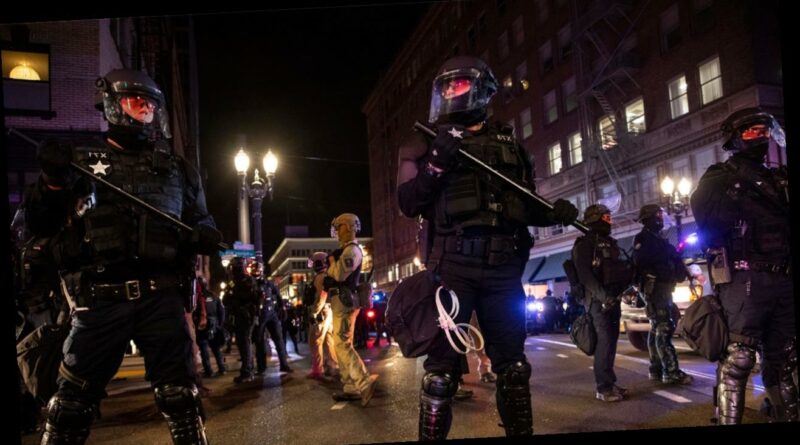 Fireworks set off in downtown Portland, Ore., on Thursday night had little to do with New Year’s Eve celebrations – and more to do with continuing the unrest that has plagued the city for nearly a year, according to reports.

Once again, city police declared a riot as a gathering estimated to be about 100 people targeted a federal courthouse, FOX 12 of Oregon reported.

A string of messages included a warning to those congregating in the streets.

"If you do not leave you are subject to arrest, citation, and/or the use of force," the police wrote, "including but not limited to impact weapons and tear gas."

Police began using pepper spray or mace against the crowd, as well as what appeared to be rubber bullets or pepper balls, KOIN reported.

Some videos shown on social media showed police officers advancing against the crowd.

Most of the riots in Portland have occurred since May 25, when George Floyd was killed while in police custody in Minneapolis. That same event sparked numerous other protests and rioting across the U.S.