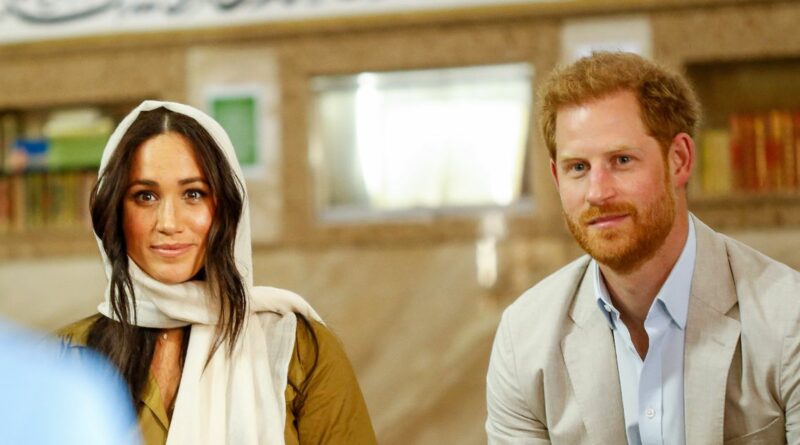 For the last two years the world has been hearing all about the news revolving around Prince Harry's and Meghan Markle's exit from the Royal Family.

But 84 years before the Duke and Duchess of Sussex made their announcement public that they would be taking a "step back" as "senior members" of the Firm, Harry's great-granduncle, King Edward VIII, had also left the royal life behind.

The then-Prince Edward first met Wallis Simpson – an American socialite and already a one-time divorcée – at a party in 1931, when she was still married to her husband at the time, Ernest.

Similarly, when Harry met Meghan in 2016, the American was famous for her portrayal of Rachel Zane in hit US TV series, Suits, and was also herself a divorcée.

Back in the 30s, Wallis quickly earned the attention and affection of the Prince of Wales, with family members starting to suspect an affair.

Although Edward denied the relationship to his father, King George V, he still insisted on inviting her to the Jubilee Ball at Buckingham Palace and Ascot in 1934.

On January 20, King George V died and King Edward VIII was crowned, calling Wallis soon after to let her know the news. 20 days later, on November 16, now-King Edward invited the Prime Minister, Stanley Baldwin, to Buckingham Palace and told him that he planned to marry Wallis and was subsequently prepared to abdicate the throne.

He later told his mother, Queen Mary, who insisted he give up his beloved, but Edward declared his love for Wallis.

Royal expert, Gertrude Daly, told the Daily Star that she believes this declaration of love would have been a powerful motivator for the Sussexes.

She said: "The Sussexes, in part, made their decision to step down to protect each other and their children from the toxicity of Royal life. And if King Edward could do it for love, why not them too?" Edward however said he would not properly serve as king without Wallis by his side and before his abdication was even finalised, he proposed to her.

On December 10, he signed the Instrument of Abdication and his brother Albert, was named king and became King George VI.

According to Daly, while love was the excuse King Edward gave – and that was certainly a big part of the reason he abdicated – it was also because Edward never really wanted to be King.

She said: "I think that is another parallel with Prince Harry, as neither Edward nor Harry really wanted the job they were born into and they hoped that stepping away would give them the freedom they craved. "King Edward spent a lot of time at his country house and his daily red box with government papers would often go unread or left unattended where guests at his home might be able to access them.

"Prince Harry even before meeting Meghan, had issues with his public role. It was never one he felt completely comfortable with.

"I think Prince Harry always wanted a life away from Royal Duties. He clung to his job in the military for as long as he could." Edward and Wallis tied the knot in France in June 3, 1937, where no one from Edward's family attended.

Harry and Meghan's wedding on the other hand was a major event, with not only the Royal Family in attendance, but also a very prestigious celebrity guestlist including the likes of Oprah Winfrey, George Clooney and Serena Williams.

Both Simpson's and Markle's relationships with British royals turned them into some of the biggest celebrities around the world. But that also brought intense scrutiny from the press, along with criticism from the public.

Although Harry and Meghan's departure from the Royal Family and the UK sent shockwaves around the world, it ultimately didn't affect the line of succession all that much, as it was highly unlikely that the Duke of Sussex would ever become king, whereas Edward's did.

The Daily Star has approached the Duke and Duchess of Sussex for comment. 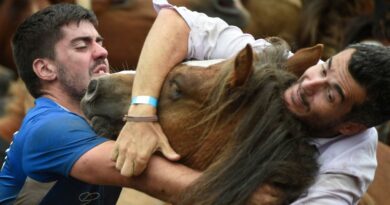