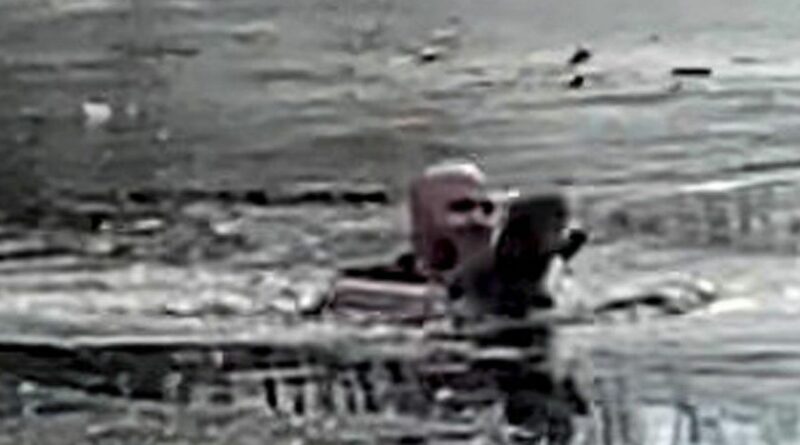 A heroic puppy owner dove into an icy lake to rescue his stranded pet yesterday.

The dog, believed to be a poodle, was happily chasing a duck in Victoria Park, East London.

But disaster struck as the petrified pooch fell through the ice into the freezing cold lake.

Thankfully the dog’s quick-thinking owner was on hand to save the day, diving into the water and punching through blocks of ice to get to the pup.

The incident happened at 11:30am and the puppy was heard crying as it struggled to stay afloat.

But it was in safe hands as the owner brought him back to dry land, with several witnesses applauding and cheering the heroic act.

Footage of the rescue showed the man swim out to the deepest part of the lake and break through the ice to rescue the dog, who was swimming in circles.

And one onlooker was relieved to see the dog safely returned after being concerned it may die.

Scott Bratton, who lives near the park, said: "It was quite scary, we were worried that if he doesn't get to the dog soon he might die. We could hear the poor dog squealing as he was trying to get out.

"Half of the water was frozen, half wasn't and the dog ran over the frozen bit and fell through a bit that wasn't frozen. People around us said the dog was trying to grab a duck when he fell in.

"The owner was shouting at him to get out but where the dog was so small he couldn't do it. The owner was weighing up whether to jump in or not and in the end he had to go in.

"He jumped in and started swimming but had to start banging the ice to get to the dog.

"It was so cold we were worried the owner might get hypothermia as well. It's not something you see in the park everyday."

Thankfully, the puppy soon got his confidence back and returned to chasing animals in the park.

Mr Bratton added: "We carried on walking further down the park and the owner caught up with us and we saw the same dog trying to chase a squirrel, so I think he was fine, just a bit wet." 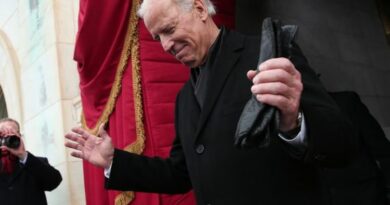 Joe Biden inauguration timeline: What will happen on Inauguration Day?