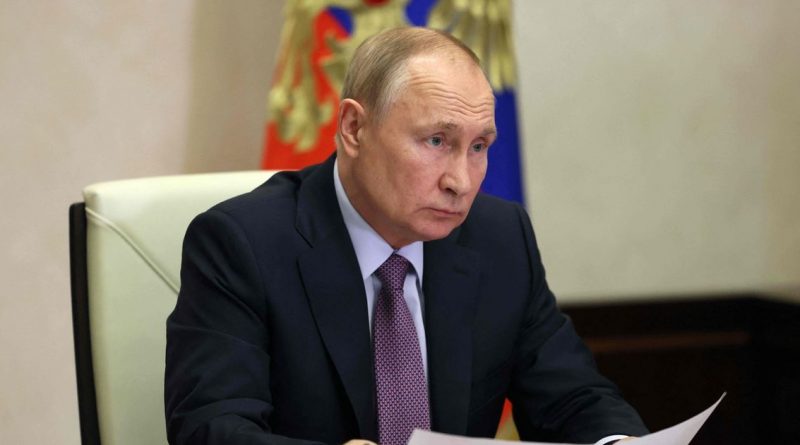 Ukrainian intelligence services have claimed Vladimir Putin is planning a "false flag terror attack" on a Belarusian nuclear plant, for which he will blame NATO.

The power-mad Russian leader will target the Astravets power plant in the Grodno region, close to the Belarus-Lithuania border, and also infrastructure in Brest, a city in the southwest of the country on the Polish border – according to Ukraine's military intelligence intelligence service.

The location of the state-run plant, powered by Russian state-made equipment, and proximity to the Lithuanian capital, has sparked concerns of a nuclear fallout in a NATO country.

The intelligence report stated: "It is known that in the near future a number of terrorist attacks are planned on the territory of Belarus, artificially provoked man-made disasters on critical infrastructure objects.

"The place of alleged 'incidents' is the territory bordering the borders of the EU countries and Ukraine, in particular, Grodno and Brest oblasts.

"One of the main targets is the Belarusian nuclear power plant Astrovets."

Russia will blame the attacks on Ukraine and NATO, according to the report from the Main Directorate of Intelligence of the Ministry of Defense (GUR MOU).

The perpetrators will be disguised in Belarusian military uniforms, the report continued.

And the "terror" attack would be the kicker for Belarus to join the war, too, it claimed. The news comes as new evidence suggested that Putin is sending convicted murderers to fight in Ukraine.

One of the troops sent off to the frontline was ex-policeman Vadim Tekhov, 33, who was released from jail just one year into his 16-year sentence for the murder of his ex-wife, Regina Gagiev.

Tekhov was found guilty of repeatedly stabbing the 22-year-old at her office and thrown in jail – but reports say he was released to fight with a "special regiment" of the Defence Ministry.

He is one of the hundreds of murderers who have been released from prison in a bid to up the number of Russian troops fighting in Ukraine.

Many of them are fighting with the secretive Wagner Group, a private army group set up by one of Putin's pals – although it's believed jailed cops like Tekhov are being recruited into a normal Army regiment.