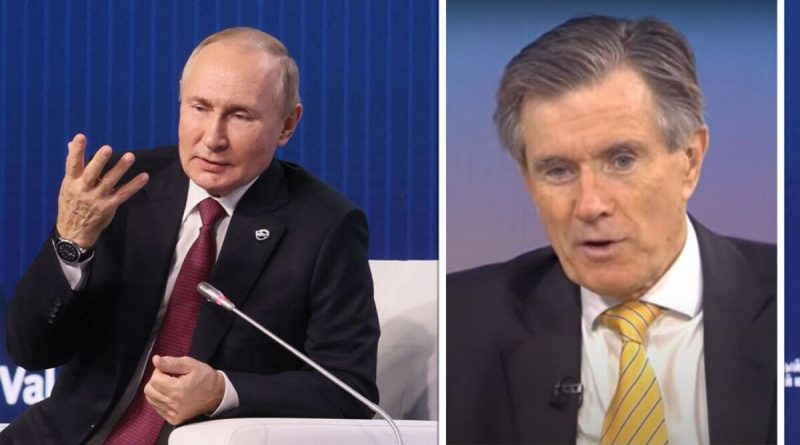 Sir John Sawers claimed that he did not believe that China would make the same mistake Putin had made by invading Ukraine. The former MI6 head explained that it was possible for China to try and annex Taiwan but it was unlikely to happen as he explained that the Chinese president had seen the power of the global community’s sanctions which have been placed on Russia. The former head of Secret Intelligence claimed that he was reassured by President Xi Jinping’s willingness to meet with US President Joe Biden earlier this week ahead of the G20.

“I don’t think the Chinese will make the sort of mistake that Putin has made.

“And launching a sort of operation militarily to seize Taiwan, that is not likely, it’s possible.

“But we have to be prepared for that sort of thing.

JUST IN: ‘Smoking Bro’ grandad ran marathon in under 3.5 hours slowed only to light cigarette

He added: “I think the bigger impact of the Russian invasion of Ukraine on China is that the Chinese have seen the power and the strength of international sanctions.

“And I was quite reassured actually by the meeting between President Xi Jinping and President Joe Biden, earlier this week.

“Where the two seemed to be trying to manage their great power relationship.”

The two global leaders met earlier this week in Bali where Mr Biden assured the Chinese President that there was going to be ‘no new Cold War.’

During the three-hour meeting between the two presidents, Tawain was a major talking point and dominated much of the conversation.

In August tensions between China and the US arose when House Speaker Nancy Pelosi visited Taiwan.

Putin has had a strong alliance with China thanks to the commercial agreements binding the two nations.

The Russian President has also been ramping up his war efforts in Ukraine, and threatening countries with the use of nuclear weapons if he believes that they are involving themselves in the ongoing conflict.

Despite the allyship, President Xi Jinping condemned the use of such weapons during a meeting with German Chancellor Olaf Scholz earlier this month.

“As large and influential countries, in times of change and turmoil China and Germany should work together all the more, to make more contributions to world peace and development.”

He added: “At present, the international situation is complex and volatile.”