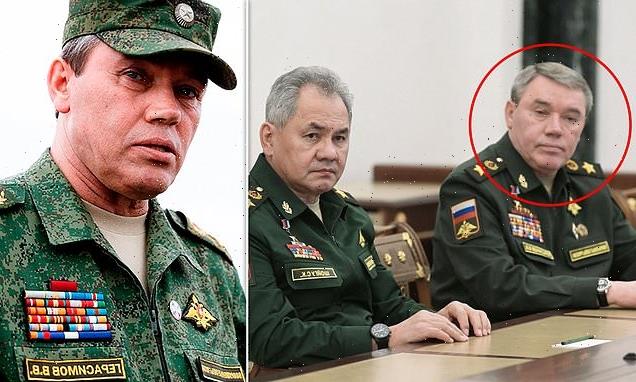 Putin’s chief of staff Valery Gerasimov is ‘wounded by shrapnel after being sent to Ukraine by Russian president to secure victory’, reports claim – as ANOTHER mystery explosion rocks Russian city

Vladimir Putin’s top military commander has been flown out of the war zone with shrapnel wounds after being to sent to Ukraine by the Russian president to secure victory, a former Russian internal affairs minister has claimed.

Valery Gerasimov, the chief of staff of the Russian army, was today wounded in Izyum in Ukraine’s Kharviv region, which has been at the centre of intense fighting since Russia’s invasion.

Putin had sent Gerasimov to the region to take personal control of his push to grab territory in eastern Ukraine, after the Russian army abandoned its plans to take Kyiv at the end of March in favour of a concentrated assault on the Donbas region of Donetsk and Luhansk.

An unofficial Russian source reported that Gerasimov sustained ‘a shrapnel wound in the upper third of the right leg without a bone fracture.

‘The shard was removed – there is no danger to life,’ he said.

But Gerasimov’s injury was severe enough to have him flown away from the frontlines and back to Russia to undergo further treatment, marking another embarrassing defeat for Putin’s forces.

The chief of staff’s injury came just one day after Russian Major General Andrei Simonov, 55, was killed in Kharkiv, according to an adviser to Ukrainian president Volodymyr Zelensky.

He is Russia’s ninth general to have been killed since the start of the invasion. 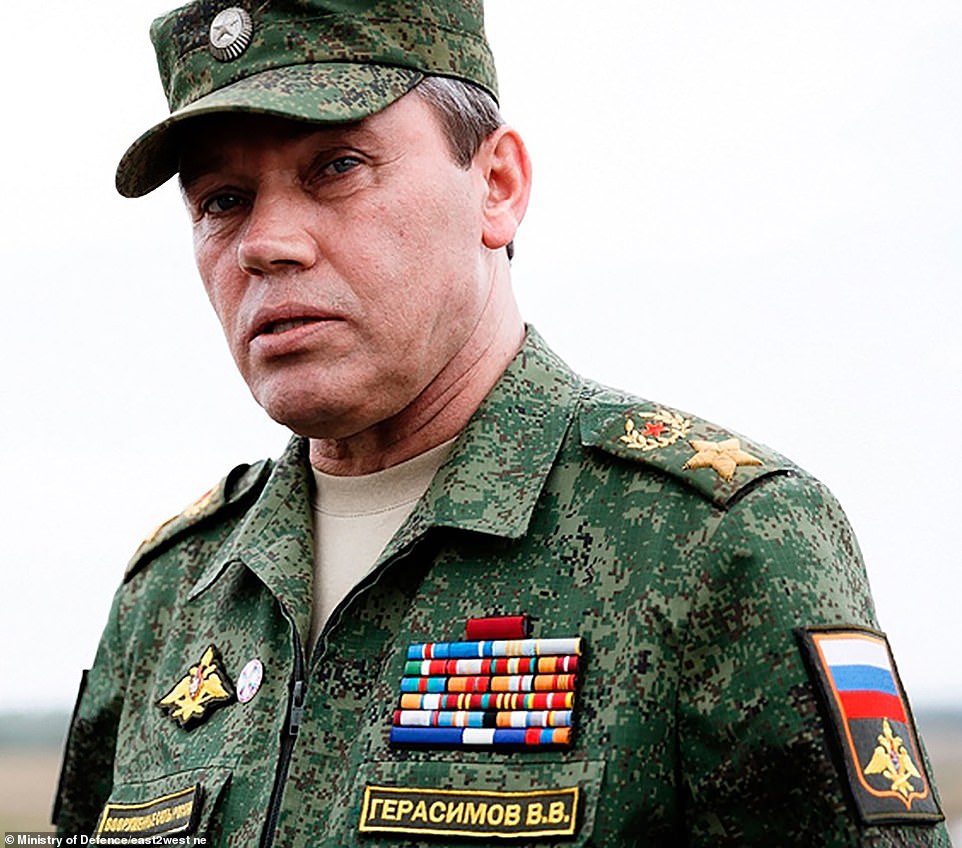 Valery Gerasimov, the chief of staff of the Russian army, was wounded in Izyum in Ukraine’s Kharviv region, which has been at the centre of intense fighting since Russia’s invasion 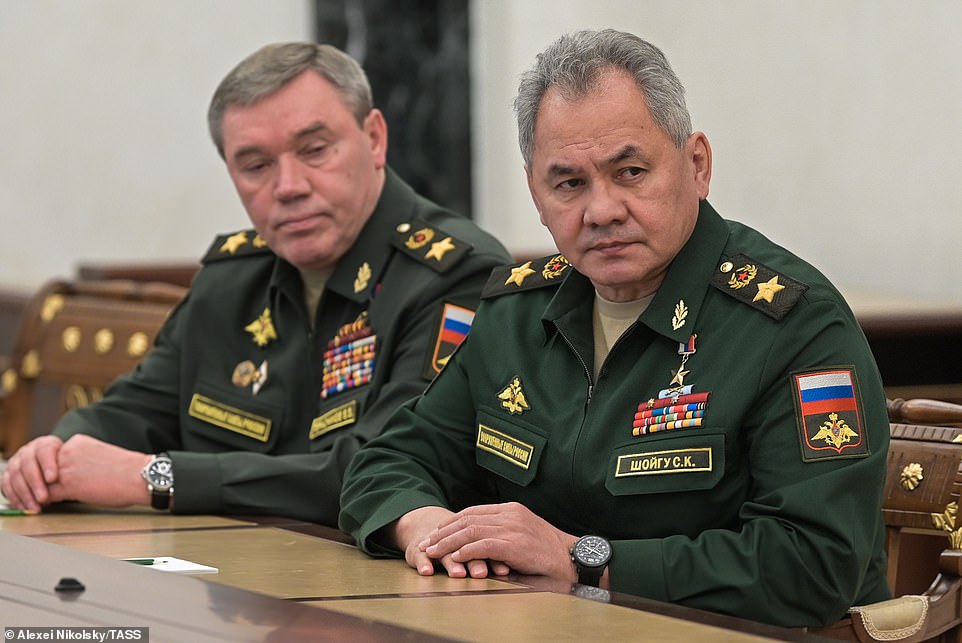 Valery Gerasimov (L), Chief of the General Staff of the Russian Armed Forces, and Russia’s Defence Minister Sergei Shoigu look on during a meeting with Russia’s President Vladimir Putin at the Kremlin

Ukrainian interior ministry adviser Anton Gerashchenko said the attack on Izyum was ‘the very place where…Gerasimov, who personally came to lead the attack on Slavyansk, was located’.

A ‘large number’ of senior officers were killed in the attack which wounded Gerasimov, Gerashchenko said.

‘Our source reports that his legs and hips are damaged,’ Vertikal said.

It suggested that three of Gerasimov’s entourage had been killed before he was evacuated.

Russia is believed to have sustained heavy casualties in the eastern Donbas region and around cities Kharkiv and Izyum, as Ukraine’s armed forces continue their bitter defence of the Donetsk and Luhansk territories which have been partially occupied by Moscow-backed separatists since 2014.

Russia’s military leaders are pouring troops and equipment into the east of Ukraine in an attempt to force a bloody victory after they abandoned plans to blitz through Ukraine’s north and seize Kyiv earlier in the war.

Britain’s ministry of defence yesterday said Putin’s troops in the east are still struggling to make ground despite the renewed support, citing poor tactics and the deployment of low-skilled troops as reasons for the slow progress.

‘Russia hopes to rectify issues that have previously constrained its invasion by geographically concentrating combat power, shortening supply lines and simplifying command and control,’ it said.

Agentstvo media outlet reported that Gerasimov was flown out of the war zone initially by an Mi-8 military helicopter to Belgorod in western Russia – the site of what is suspected to be yet another strategic strike on a Russian military site by Ukrainian armed forces.

Then in Belgorod he boarded a Defence Ministry Tu-154 plane which flew to an unknown destination.

Videos which emerged today showed a military site in Belgorod region on fire – one of many Russian sites which have mysteriously erupted into flames in recent days.

Kyiv has not acknowledged carrying out any of the attacks – which have also hit railway bridges, fuel depots and ammo dumps – but is widely thought to be orchestrating them.

The attacks are thought to be part of an attempt to cripple Russian supply lines close to Ukraine’s eastern border, where Russian troops and armour is massing and forcing its way towards the front lines. 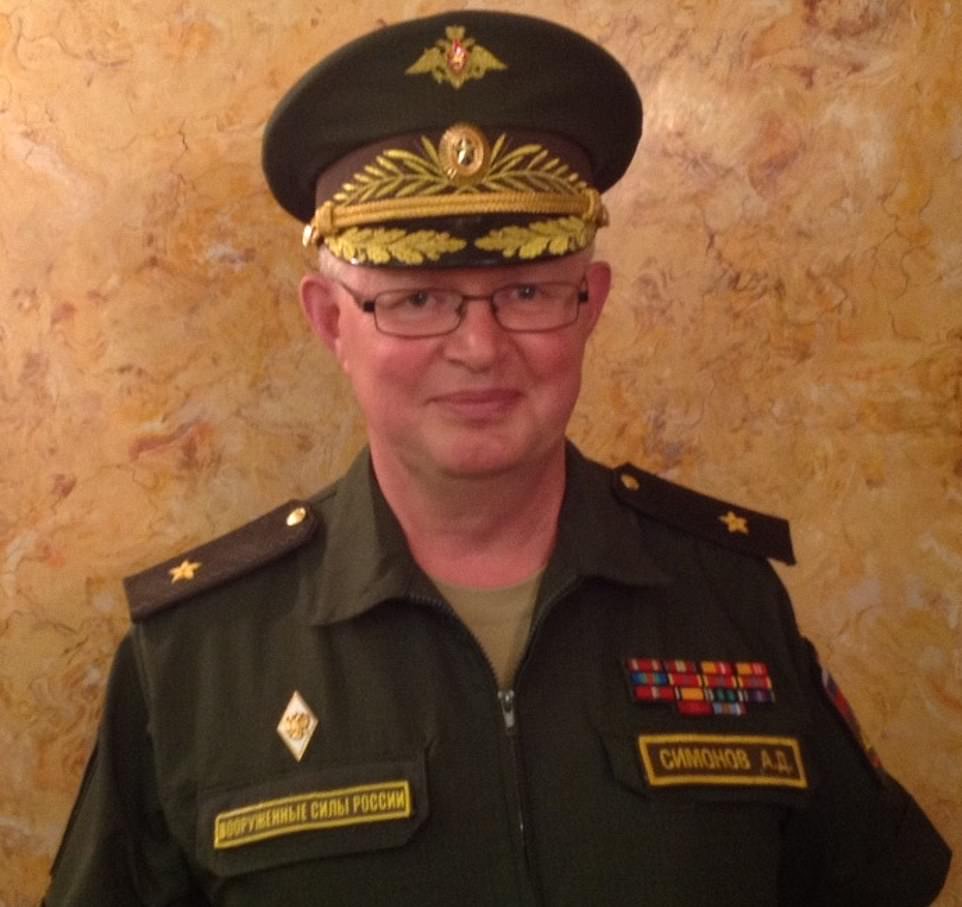 Founder of independent Conflict Intelligence Team Ruslan Leviev said an eyewitness at the airport had seen Gerasimov board the plane unaided.

‘The source confirms that it was Gerasimov who flew away,’ he posted.

‘But he went on board himself, alive and well.’

His wounding by the Ukrainians would be another deep psychological blow to Putin and his faltering war campaign.

Gerasimov is in charge of the Russian war campaign alongside defence minister Sergei Shoigu.

General Magomed Tushaev: Chechen special forces leader who had led ‘anti-gay purges’ killed in an ambush near Hostomel on February 26

Major General Andrei Sukhovetsky: Deputy commander of the 41st Combined Arms Army of the Central Military District killed during a special operation by a sniper on March 4 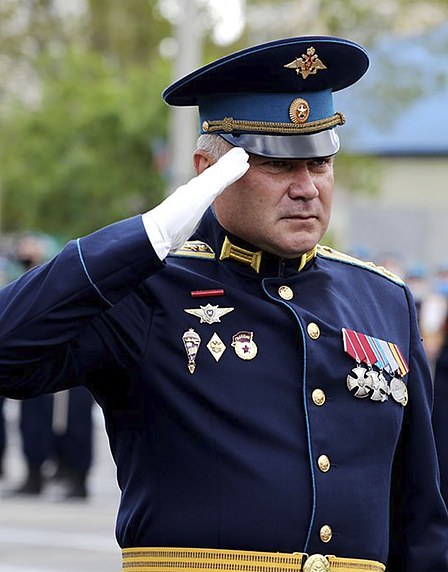 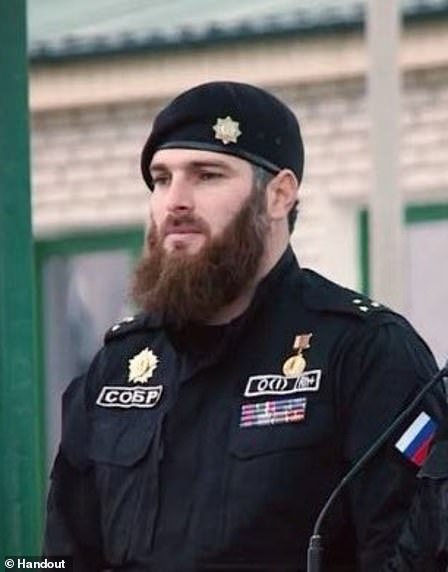 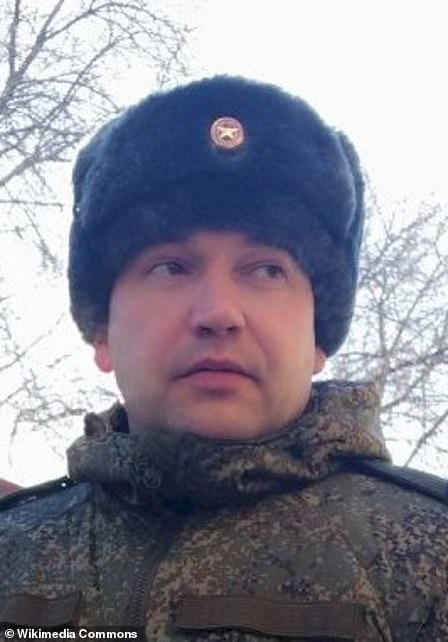 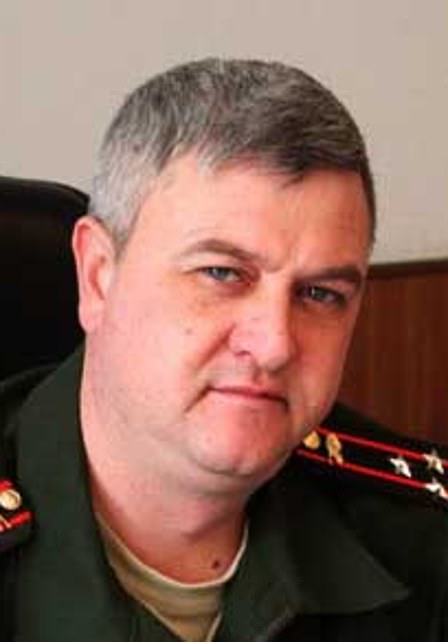 Major General Vitaly Gerasimov (left) was first deputy commander of Russia’s 41st army, taking part in operations in Syria and Crimea. He was killed in fighting around Kharkiv on March 8

Major General Oleg Mityaev, died fighting near the city of Mariupol on 16 March

Lt Gen Yakov Rezantsev, commander of Russia’s 49th combined army, was killed in a strike near the southern city of Kherson on March 25

Major General Vladimir Frolov was deputy commander of the 8th Guards Army in east Ukraine. His grave in St Petersburg was pictured two weeks ago 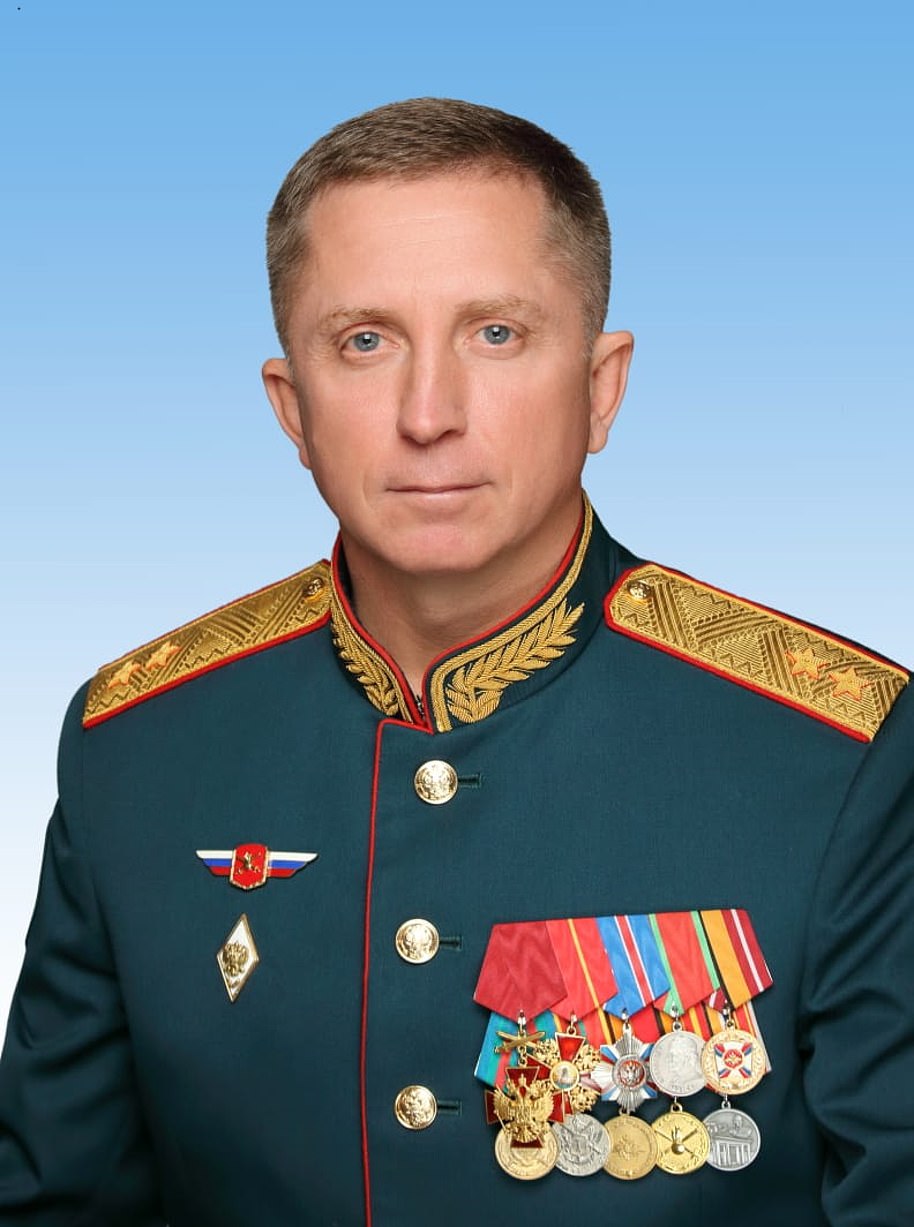 Lt Gen Yakov Rezantsev, commander of Russia’s 49th combined army. He was killed in a strike near the southern city of Kherson on March 25 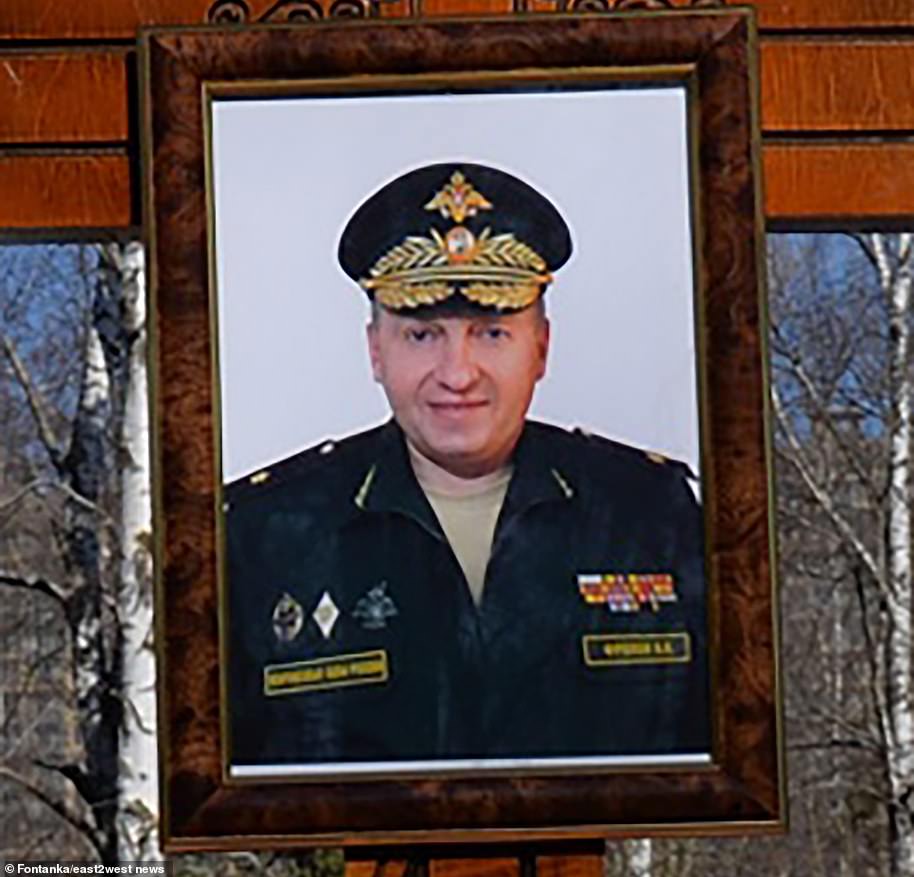 The grave of Major General Vladimir Frolov in Serafimovskoe Cemetery, St Petersburg. The circumstances of his death remain unclear 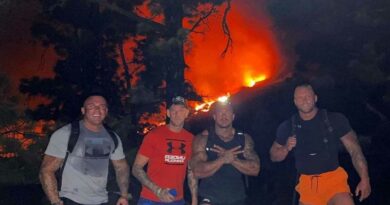