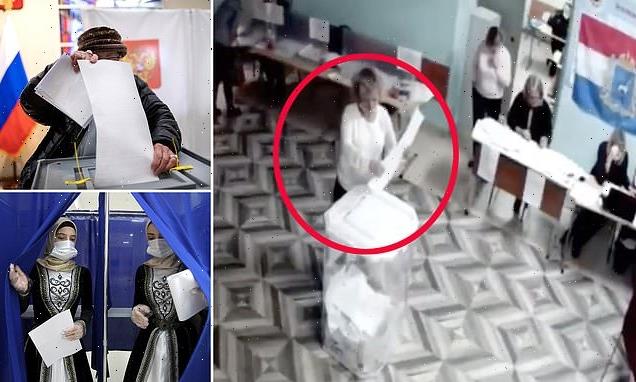 The main party backing Vladimir Putin is well ahead in parliamentary elections, early exit polls indicate today amid a torrent of allegations about vote-rigging.

Polls from the Russian Far East suggested pro-Kremlin United Russia had between 40 and 45 per cent of the vote with the Communists in second place on around 18 per cent.

The ultranationalist Liberal Democrats were nudging ten percent, while other parties struggled in single figures.

Another exit poll based on voting in Moscow and St Petersburg suggested United Russia had 44 per cent with the opposition Communists on 21 per cent.

But shocking videos were revealed allegedly showing illegal rigging in favour of the main pro-Putin party which pundits expect to win a clear majority.

In Vladivostok, a camera behind a plant showed an official apparently marking many previously blank ballot papers.

In Belovo, Kemerovo region, a hidden figure behind a woman in yellow repeatedly stuffs ballots into a polling box.

In Bryansk region, two women are seen packing ballots into a box, as laughter is heard in the polling station. 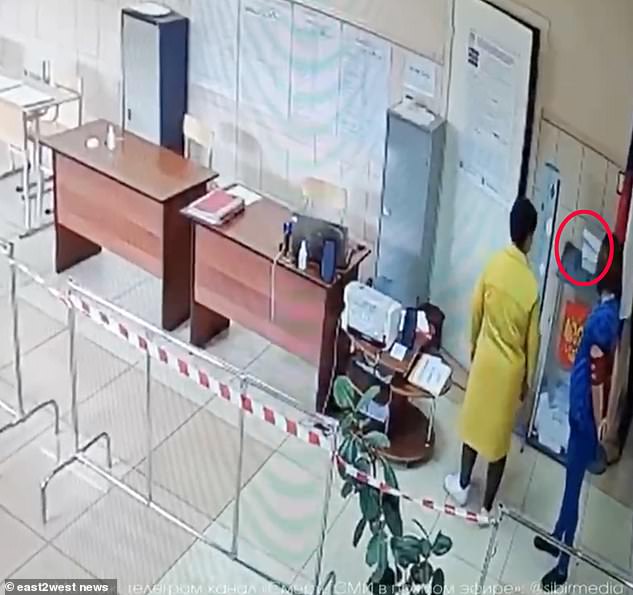 In Belovo, Kemerovo region, a hidden figure behind a woman I yellow repeatedly stuffs ballots into a polling box

In Pyotr Dubrava, Samara region at polling station 706 an election official is seen filling in papers before audaciously walking over to place them in a ballot box.

Most of the ‘abuse’ went ahead in full view of CCTV cameras.

All these cases are highlighted by opposition sites as evidence of rigging in the key parliamentary election.

There were reports of voters being bribed in TransBaikal, – where one said he was offered 150 roubles (£1.50) for his vote as well as Yakutia and Novosibirsk.

Elsewhere there were claims of people driving around polling stations to vote multiple times.

At a polling station in Yakutia, some 30 per cent of ballot papers had not arrived, prompting fears they were illegally completed, to be added to piles of votes at the count.

The regions were Bryansk, Kemerovo and the republic of Adygea, she said.

‘At the moment, eight cases of ballot stuffing have been confirmed,’ she said.

But the moves were seen as a token initiative unlikely to convince the opposition that the poll was fair.

Recent months have seen the banning or jailing of key Putin foes, and their parties, such as anti-correction campaigner Alexei Navalny, now jailed.

Some have been labelled ‘extremist’ or ‘foreign agents’.

Despite this, Navalny repeatedly posted messages during the election calling for tactical voting against pro-Putin candidates.

The popular Telegram messenger had removed Navalny’s ‘Smart Voting’ bot, while the opposition claimed Western web giants had been cowed by the Kremlin in removing Google Docs and YouTube videos containing lists of the recommended candidates.

Yet several opposition parties expected to slightly gain regularly back the Kremlin on key issues.

Putin has remained on self-isolation during the three days of polling after a reported outbreak of Covid-19 in his entourage.

The impact of online voting – more widely available tha in previous elections – was not clear.

‘Criminals are not ashamed of anything and shove packs (of votes) right under the camera of the observers.

‘They know perfectly well that they will not be punished, rather they will get promoted.’

Earlier huge queues of ‘state employees’ including soldiers were seen at polling stations around the country amid claims they had been ordered to vote at specific locations to sway the result.

In a week when Russia has seen non-stop war games close to its western frontiers, it seemed like the latest military exercise: Operation Get Out The Vote.

In St Petersburg, a woman was detained after carrying a bag to a voting place stuffed with 100-plus ballot papers. 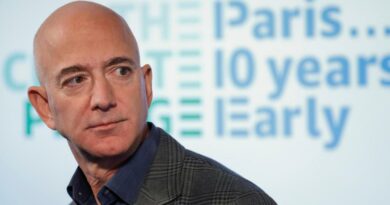 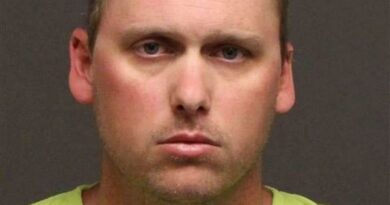