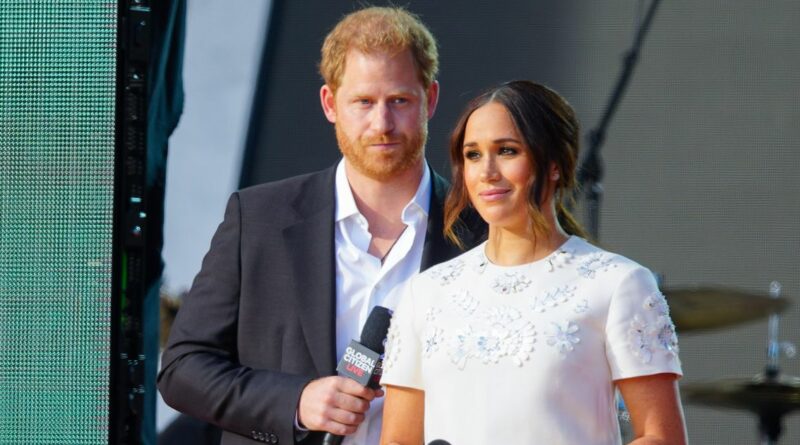 Lady Louise Windsor, who insiders have labelled “the Queen’s favourite grandchild”, recently turned 18 and so has the option to officially become ‘Her Royal Highness Princess Louise Windsor’.

Louise made her official royal debut when she appeared on a BBC documentary commemorating the life of her grandfather Prince Philip in September, and was well received by the public.

When Meghan and Harry left the Royal Family to move to the US last year, they agreed to drop their ‘HRH’ titles and left behind many of their royal patronages.

And now, with a hole left to be filled, royal fans on the Royally Obsessed podcast have speculated that Louise might take up the opportunity of receiving a patronage.

“Yes, I thought this was so interesting because her parents have elected to give her the option [of becoming a HRH at 18],” said host Rachel Bowie.

Co-host Roberta agreed, suggesting that Louise might be inclined to fill the royal gap.

“I think they would want to steer her towards that because there is such a gap in royal coverage now with Harry and Meghan gone, and Andrew off the scene,” she claimed.

“They really do need to fill some of those patronages… the Queen now has like thousands of patronages, somebody has to fill in big shoes.”

Since the Sussexes departed from their royal duties, royal experts have claimed that the Wessexes have “stepped up”.

Roberta noted that it might soon make sense for Louise to do the same, suggesting: “I kind of feel like this could be a big moment for her, and we could see her on the royal stage pretty soon.”

However, the royal fans did acknowledge that Louise is currently studying for her A-Levels, and with a variety of opportunities open to her to explore in the future.

Although Louise has been labelled the “royals' secret weapon” by some commentators, her mother Sophie Wessex is reportedly keen for her to go to university.

“Her mum is pretty confident that she’s going to go to school, work, all that stuff,” Rachel added.

To get more royal stories from Daily Star delivered straight to your inbox sign up to one of our free newsletters here . 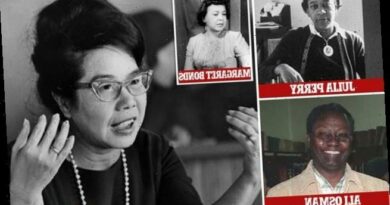 In Japanese New Year Dishes, a Family Connects With Its Past