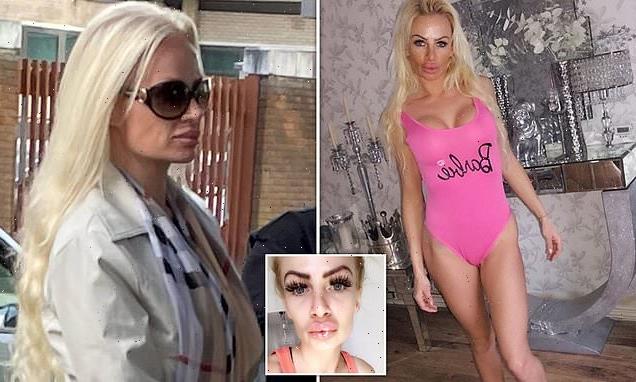 ‘Real-life Barbie’, 37, is banned from hospital and fined £1,370 for punching a nurse and hurling a LAPTOP at NHS staff after kicking off about visiting times on ward in lockdown

A ‘real-life barbie’ who attacked NHS nurses in a rage over hospital visiting hours in the midst of the coronavirus pandemic has been spared jail.

Kerry Miles, 37, hurled a laptop and desktop monitor at one NHS worker before punching a nurse in the chest on an old people’s ward.

The mother-of-one has previously hit headlines after boasting about spending nearly £300,000 on plastic surgery to transform herself into a ‘Barbie doll’.

Today, Miles was handed a suspended 16-week jail sentence at Chelmsford Magistrates’ Court after she was found guilty of assaulting emergency workers.

On August 26, 2020, Miles flew into a rage while visiting Broomfield Hospital in Chelmsford, Essex, where her grandmother was a patient.

When staff advised her to arrange another visiting time due to Covid restrictions, Miles lobbed a laptop and folders at one nurse, injuring her shoulder.

Miles then punched another nurse in the chest before driving her car carelessly towards a security guard who tried to photograph Miles’ number plate before she left the hospital. 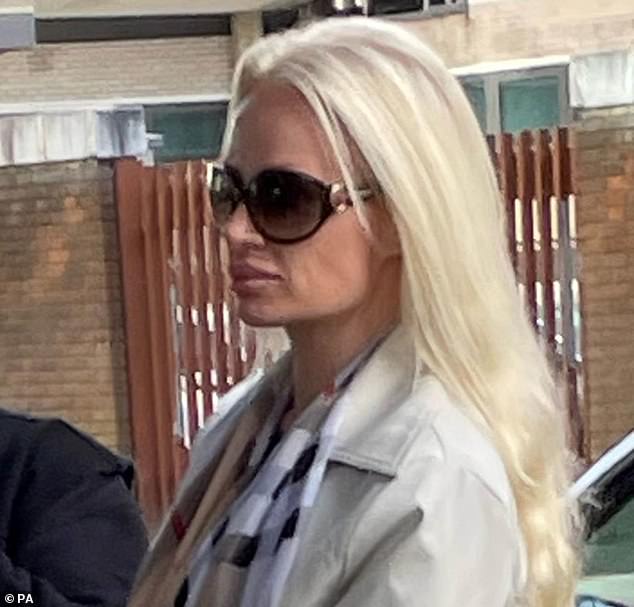 Kerry Miles, 37, arrives at Chelmsford Magistrates’ Court where she was sentenced for assaulting two emergency workers at Broomfield Hospital in Essex 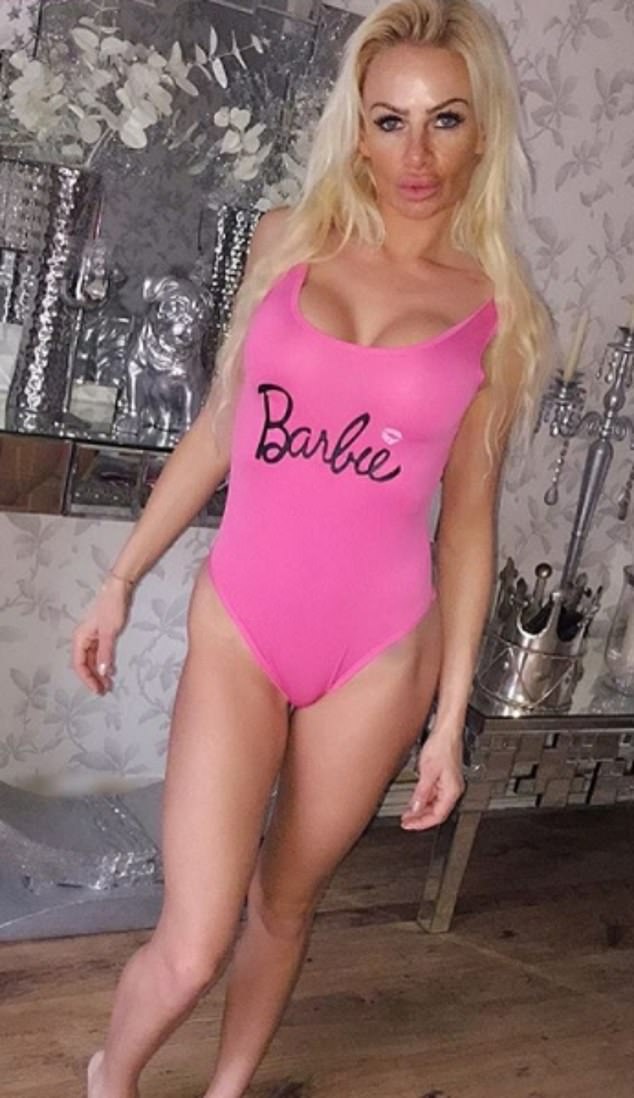 Miles claims to have spent over £280,000 on plastic surgery in an effort to look like her idol Barbie 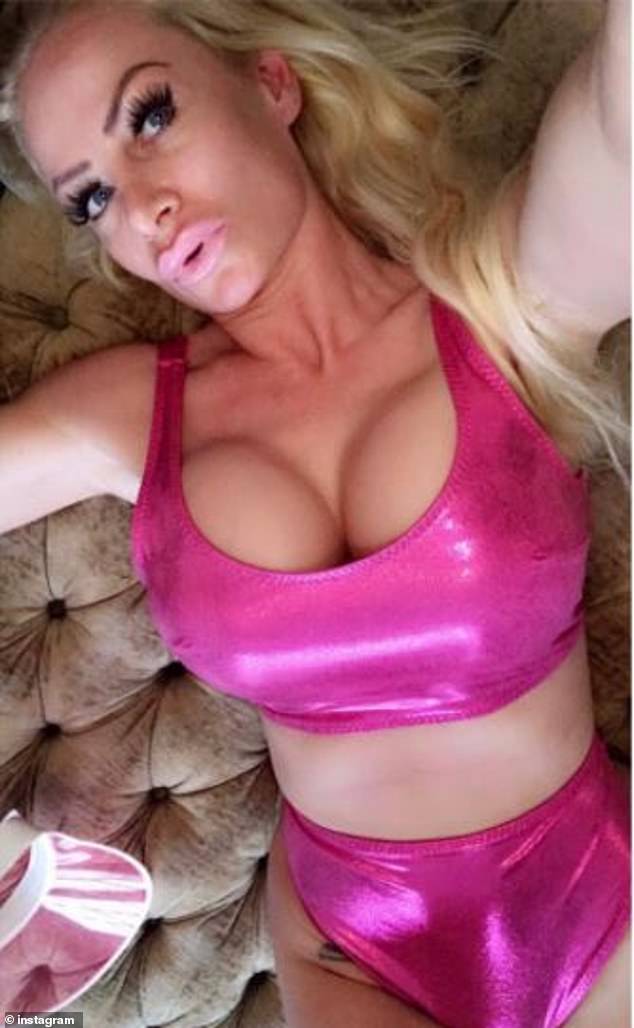 Miles, who claims to have spent over £280,000 on plastic surgery, regularly likens herself to Barbie on Instagram 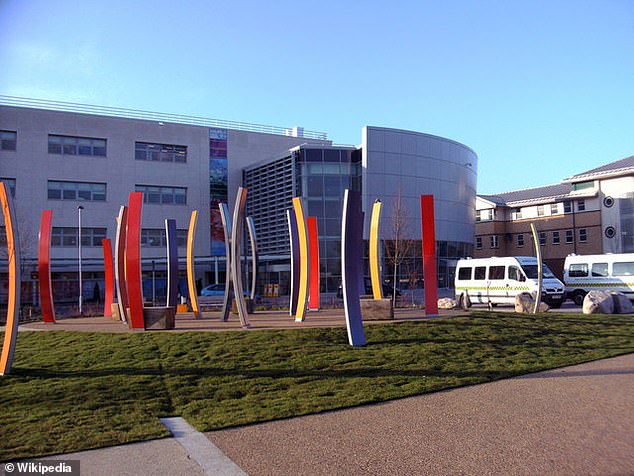 Prosecuting, Jacqueline Dankyi told the court that one of the victims had considered quitting her job at the hospital due to the attack.

The court heard from Isobelle Dobson, a ward sister, who watched the carnage unfold after she simply tried to negotiate with Miles about finding a better time to visit.

She was left with bruising after she was struck by a laptop thrown by Miles.  A trial had heard how Miles launched into a tirade of abuse towards Ms Dobson. 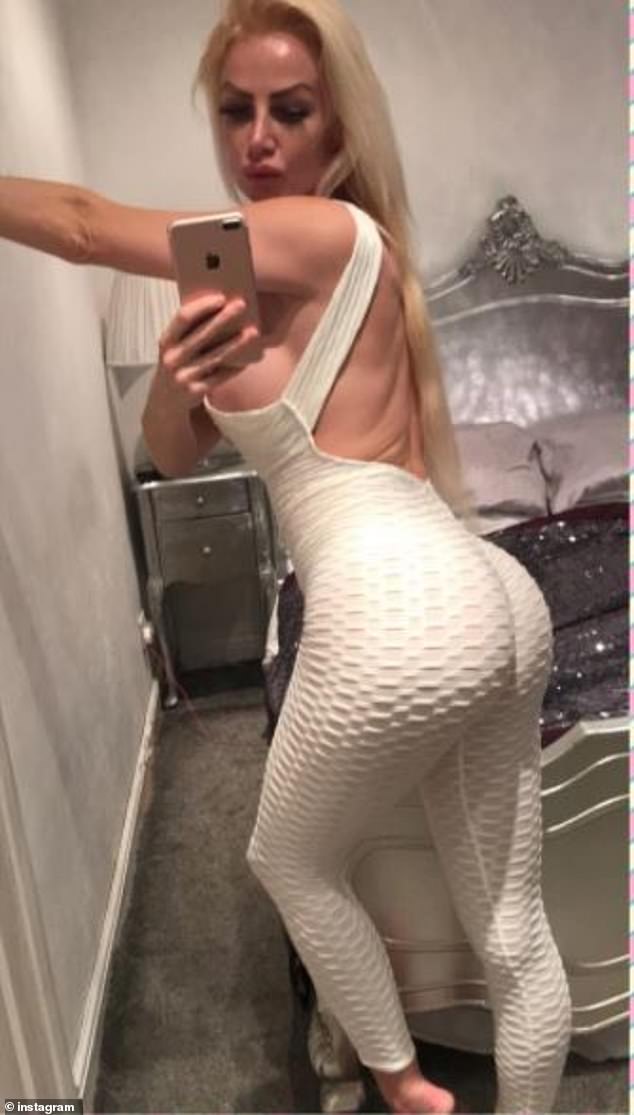 Miles was handed a 16-week suspended sentence at Chelmsford Magistrates Court and ordered to pay £1,370 in total 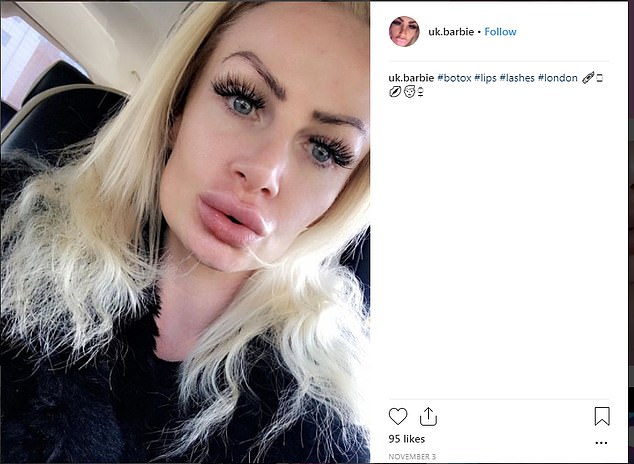 Miles regularly updates her followers on Instagram after her cosmetic procedures

‘Then she picked up a folder – it hit me on my right forearm. I suffered a large black bruise across the top of my arm.’

The experienced junior sister broke down in tears as she gave evidence at Colchester Magistrates’ Court last month.

‘I do remember her calling me a w***e and a s**g. When I heard the doors of the ward shut I was so relieved’, she added.

In her defence, Miles claimed that she had been attacked by staff and acted in self defence, using her martial arts training. ‘I felt like I could be assaulted or sexually violated, or trapped or detained against my will,’ she added. 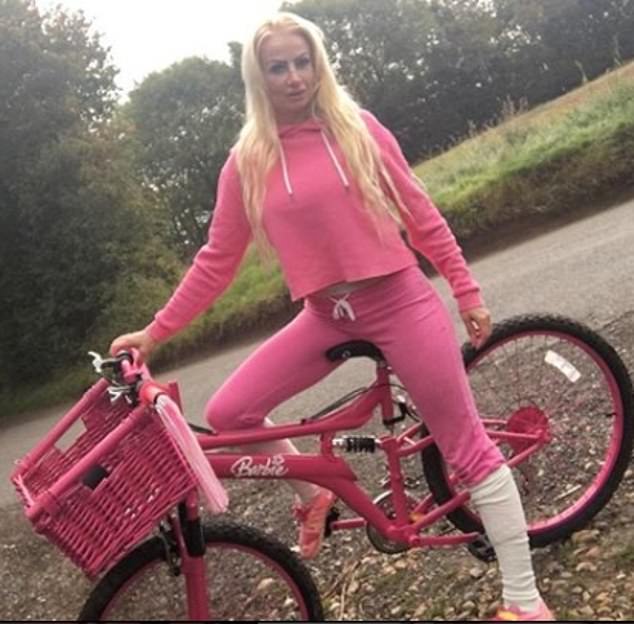 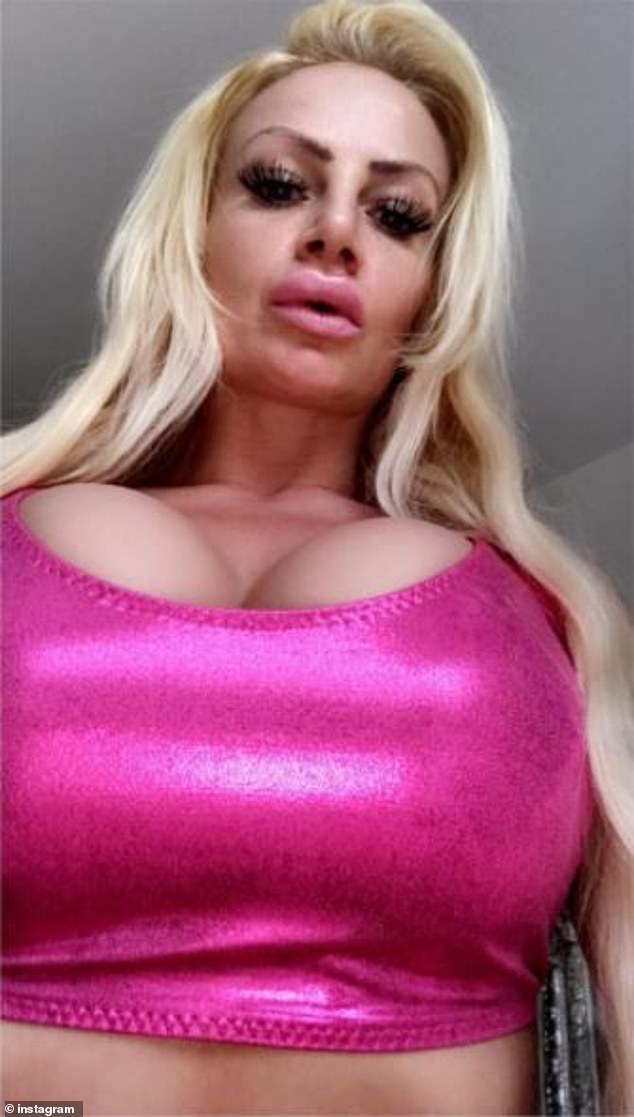 Miles was found guilty of three counts of assaulting an emergency worker, as well as criminal damage and careless driving

‘I am constantly reminded of what happened, I have had to stop meeting up with friends. I am frightened I will see the defendant again and be further assaulted.

‘I am terrified and I feel so isolated, this has caused me to struggle to turn up to work.’

Ms Dobson, a dedicated NHS worker, revealed she had been missing shifts.

‘I am constantly looking over my shoulder.. I have considered leaving my job. I believe this incident will stay with me for life.’

Miles was found guilty last month of three counts of assaulting an emergency worker, as well as criminal damage and careless driving.

Today, she was sentenced to 16 weeks in prison, suspended for one year. She was also ordered to pay £1,370, which included £620 court costs, £250 in criminal damage compensation for Broomfield Hospital, and £500 in victim surcharge. 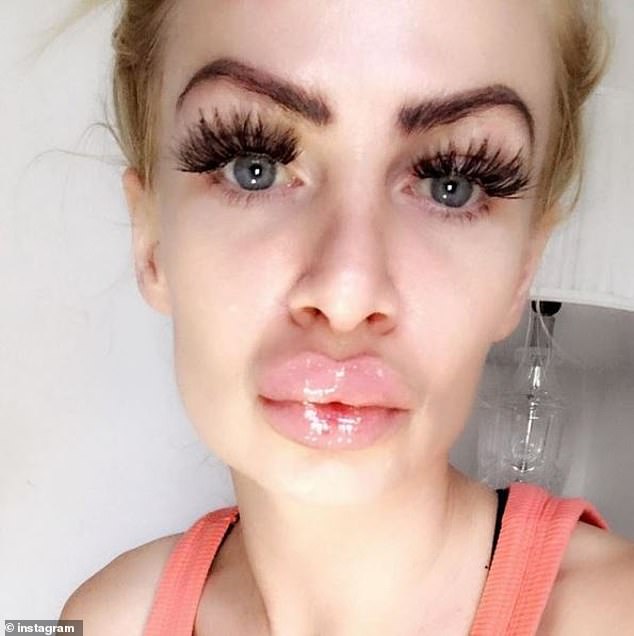 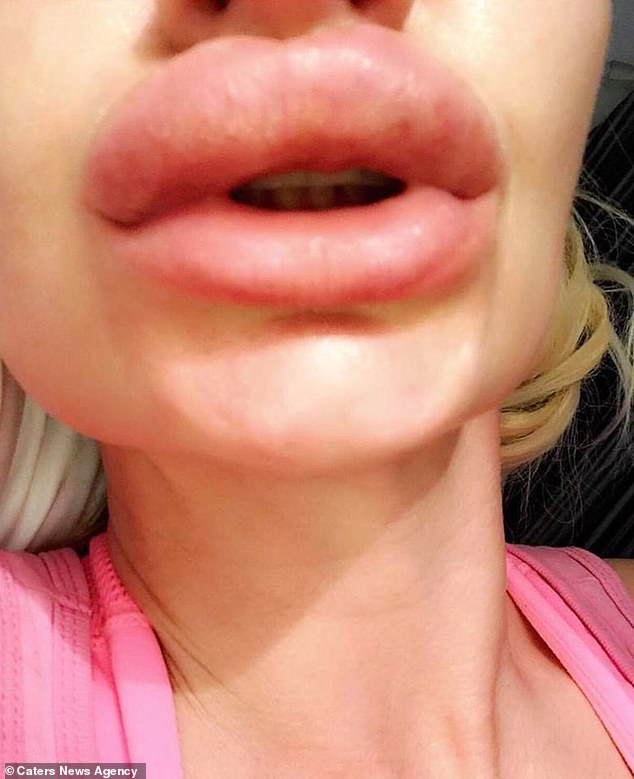 Two years ago, Miles complained she had been left with botched lips after claiming baby oil was injected into her lips instead of filler. 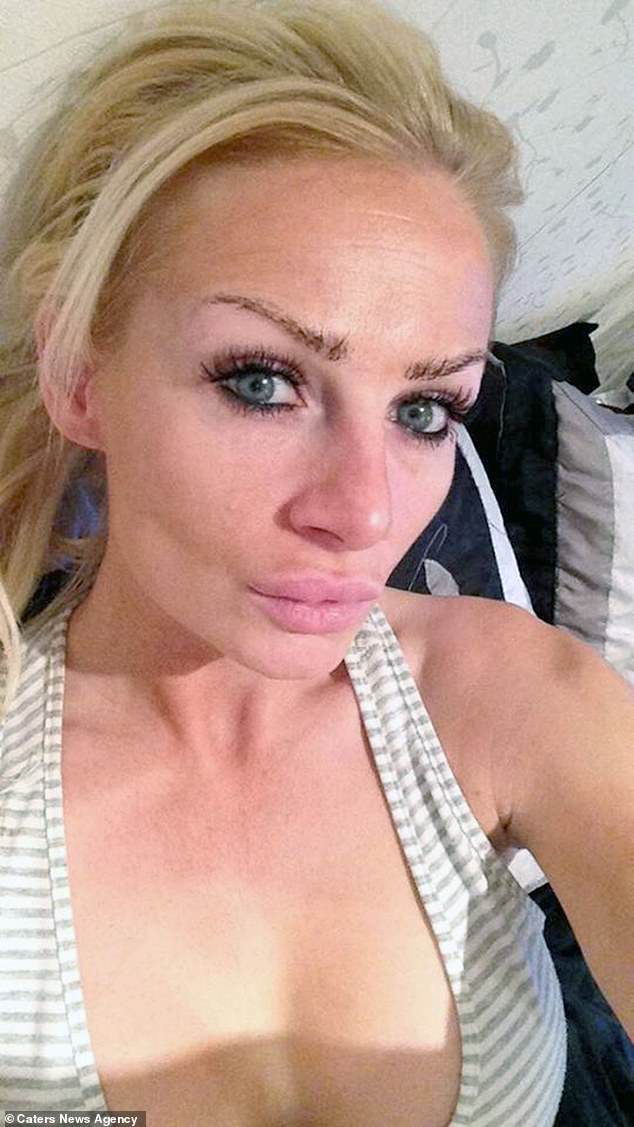 Miles previously hit headlines while saying she was devastated when her lips doubled in size after having lip fillers in a bid to enhance her smile.

Magistrates also handed Miles a one-year restraining order banning her from returning to the ward at Broomfield Hospital and contacting her victims.

Bench chair Margaret Macallan said: ‘This was an assault where weapons were used around vulnerable people.

‘It was in the middle of a global pandemic when visiting hours were restricted nationally.’

Mitigating, Luke Jaques said that Miles had recently been diagnosed with autism and that she suspected that she had ADHD.

He added: ‘She accepts that she didn’t manage her emotions in the correct way.’ 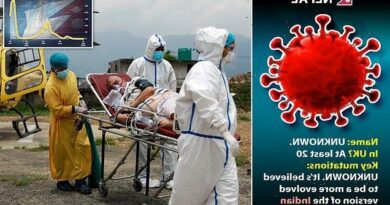