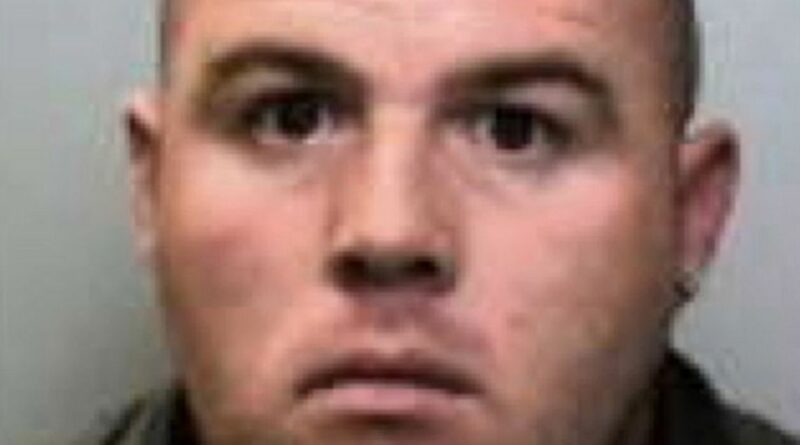 One of Britain's most wanted men who was dubbed "The Running Man" is finally behind bars after he managed to evade capture for 13 years.

Ambrose Nicholas O'Neill, 42, was given the nickname for his skill at escaping and had been on the run as a wanted man since 2007.

Police had been hunting the thug after he viciously attacked a 67-year-old antiques dealer in a terrifying robbery in Seagrave, Leics.

Following his arrest he attended the first day of his trial in July 2008 – but failed to appear for the rest of the case.

Despite being sentenced in his absence to eight years in jail in December 2008, he had yet to serve any prison time.

But the fugitive has now been snared after being arrested by TV cop PC James Gill of Nottinghamshire Police.

The officer “made it his mission" to find O'Neill.

Officers carried out the arrest on Friday and finally got him back into custody.

He has now been taken straight to jail to start his eight-year term and will appear in Leicester Crown Court where the sentence could be extended.

PC Gill, who featured in TV documentary Bodycam Squad, said: "He is known as 'The Running Man'.

"We knew he had changed his appearance and lived in an area where people do not know him and he had an assumed identity.

"He was laughing at the police so we were determined to do everything to find him.

"It has taken an incredible amount of work to find him. It's making these people know their time on the run is over.”

During the robbery, O’Neill knocked on the victim's door posing as a pizza delivery man before pushing him over and punching him in the face.

He demanded for the victim to open his safe before leaving empty-handed.

Police launched a manhunt to find O'Neill after he skipped court in 2008.

After detectives had exhausted all lines of enquiry the trail went cold.

But a breakthrough came following an anonymous tip-off he may be living in the Wyberton area near Boston, Lincs.

Officers had to develop the intelligence and used a number of tactics to pinpoint his location.

Chief Superintendent Rob Griffin, of Nottinghamshire Police, added: "Once our officers sank their teeth into this operation they wouldn't let go.

“Without their tenacity this fantastic result wouldn't have been possible.

"They left no stone unturned and a result O'Neill now at last must face the consequences of his actions.”

A 41-year-old woman was arrested on suspicion of assisting an offender and remains in police custody.

IMF to continue new-loan talks with Ukraine in coming weeks