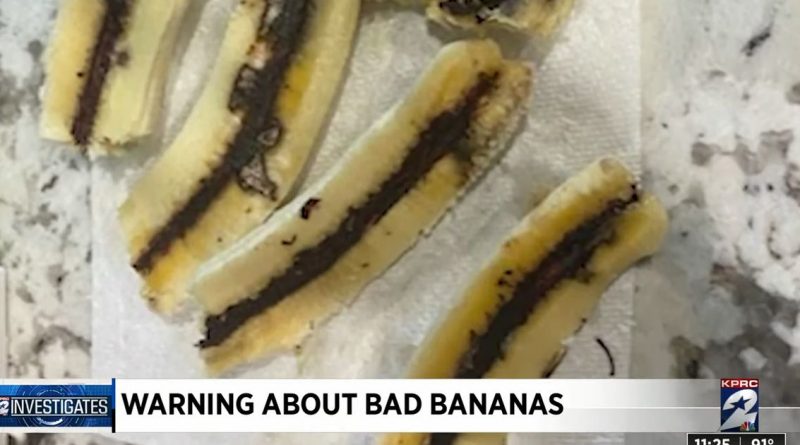 Shoppers in the US are complaining about a new mysterious dark red “mould” that lurks at the centre of bananas.

Bananas are the most popular fruit in the US, with Americans eating on average around 13lbs of bananas every year.

But unusually-heavy rainfall in banana-producing regions of South America is causing a sudden increase in “Red Finger,” or Mokillo.

This eerie discolouration has led to some people falsely claiming that bananas contain blood.

In fact, Mokillo is a bacterial infection that can occur naturally on the tip of the banana flower, and in some cases enters into the fruit itself.

The effect is a long, reddish-brown line of crunchy material that runs up the centre of the fruit but is completely invisible until it’s been cut or bitten into.

She says her two-year-old daughter suddenly started turning her nose up at bananas: “She wasn’t wanting to eat it and she had had an upset tummy. She was eating bananas Sunday and Monday,” said Ashley. “I didn’t notice anything wrong with them.

But then she cut one in half: “It was just black centre of banana and I freaked out. I sliced it, cut it open and they all had this mould fungus. Just this really disgusting horrid look inside of them.

“Just because a banana looks perfect on the outside you might want to check what’s on the inside,” she added. "It’s very deceiving that the core of the banana may be black.”

Any shoppers discovering a case of the mystery "mould" inside their bananas are advised to return the item to point of sale for a refund.

Dole, one of the major importers of bananas into the US, says it is looking into the epidemiology of the disease and trying to find effective ways to prevent the problem from happening in the future. 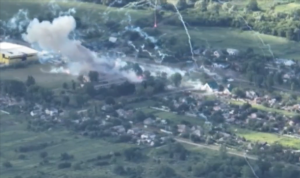