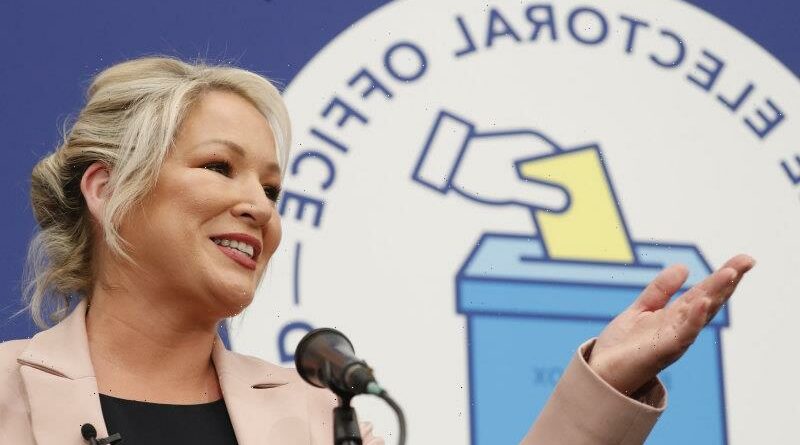 Belfast: Sinn Fein, the former political wing of the IRA, hailed its first election win in Northern Ireland’s history as a “defining moment” for the British-controlled region and called for a debate on the creation of a united Ireland.

Sinn Fein secured 29 per cent of first-preference votes for the regional parliament, way ahead of pro-British Democratic Unionist Party’s 21.3 per cent, official results showed. While the final seat count has not been declared, analysts said no one could catch Sinn Fein.

“Today represents a very significant moment of change. It’s a defining moment in our politics and for our people,” the head of Sinn Fein in Northern Ireland, Michelle O’Neill, said after securing re-election. 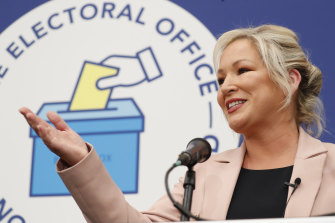 She said there should now be an “honest debate” around the party’s goal of unifying the territory with the Republic of Ireland.

The Sinn Fein victory will not change the region’s status, as the referendum required to leave the United Kingdom is at the discretion of the British government and likely years away.

But the symbolic importance is huge, ending a century of domination by pro-British parties, supported predominantly by the region’s Protestant population.

Asked by a journalist if she expected to become the region’s first Irish nationalist First Minister, O’Neill said: “The people have spoken.”

While the largest party has the right to put forward a candidate for First Minister of the region’s compulsory power-sharing government, disagreements with the DUP mean such an appointment could be months away.

DUP leader Jeffrey Donaldson said it would not join the government unless the protocol governing Northern Ireland’s trade with the rest of the UK following its exit from the European Union was totally overhauled.

The DUP was heavily criticised during the campaign for its handling of Brexit. The scrapping of what it calls an effective trade border between Northern Ireland and the rest of the United Kingdom was a key election promise. 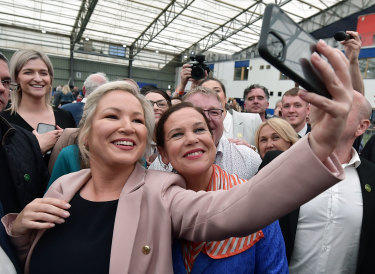 Sinn Fein was long shunned by the political establishment on both sides of the Irish border for its links to paramilitary violence during three decades of fighting over Northern Ireland’s place within the United Kingdom that ended with a 1998 peace deal.

Since then it has reinvented itself to become the most popular party in the Republic of Ireland, where it has carved out a successful base by campaigning on everyday issues such as the cost of living and healthcare.

It followed a similar path in the Northern Irish elections, where it focused on economic concerns rather than Irish unity to appeal to middle-ground voters.

The election follows demographic trends that have long indicated that pro-British Protestant parties would eventually be eclipsed by predominantly Catholic Irish nationalist parties who favour uniting the north with the Republic of Ireland.

The cross-community Alliance Party scored its strongest ever result as it bids to establish itself as a third pillar of the political system.

Coronaphobia is BACK: Anxiety about virus hits highest level since MAY