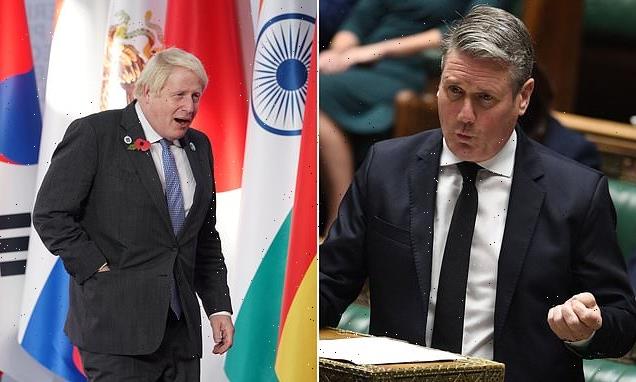 Sir Keir Starmer has accused Boris Johnson of ‘turning into a commentator, rather than a leader’ on tackling climate change.

The Labour leader claimed the Prime Minister is guilty of ‘lowering expectations’ on the issue as world leaders prepare to meet in Glasgow for the COP26 summit.

Sir Keir said the alleged failure to lead the fight against climate change poses a ‘risk to our international reputation’. 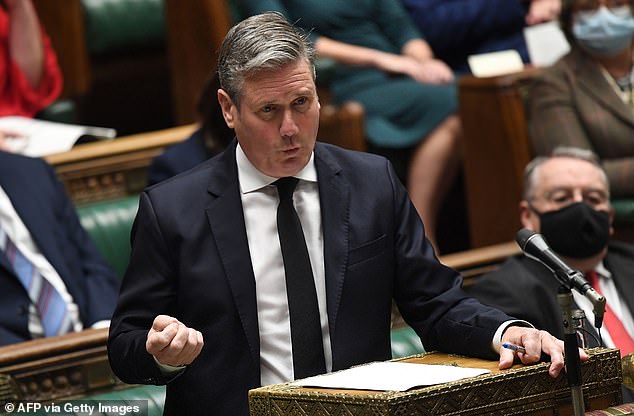 Sir Keir Starmer has accused Boris Johnson of ‘turning into a commentator, rather than a leader’ on tackling climate change

He said the UK, as chair of the G7 this year and host of the major United Nations climate summit, was in a prime position to lead efforts to cut global carbon output but said Mr Johnson ‘isn’t doing it’.

The aim of the UN summit in Glasgow to secure action to prevent global temperatures rising above 1.5C degrees against pre-industrial levels.

But the Labour leader said Mr Johnson was looking to lower expectations on such ambitions with his pronouncements – repeated in Rome on Saturday before his G20 meetings – that the gathering of world leaders has only a six out of 10 chance of success.

In comments made to the Sunday Telegraph, Sir Keir said: ‘The Prime Minister has not been out there, on the front line, showing the international leadership that we need.

‘Therefore, we’ve got the position now, and you’re seeing it today, the Prime Minister is turning into a commentator, rather than a leader in relation to COP26, lowering expectations by a commentary instead of leadership on the global stage, which is what he should be doing, or, frustratingly, he could be doing.

‘It is a big risk and it’s a risk because our Prime Minister hasn’t shown that leadership when he has been in a position to do so.’

Asked what Labour would do differently to the Conservatives, Sir Keir said his party would be encouraging the ‘big emitters’ to pledge to cut their emissions by 2030, adding: ‘When they put forward plans which say what we’re going to do in 2050, 2060, we should not be saying that’s heroic.’ 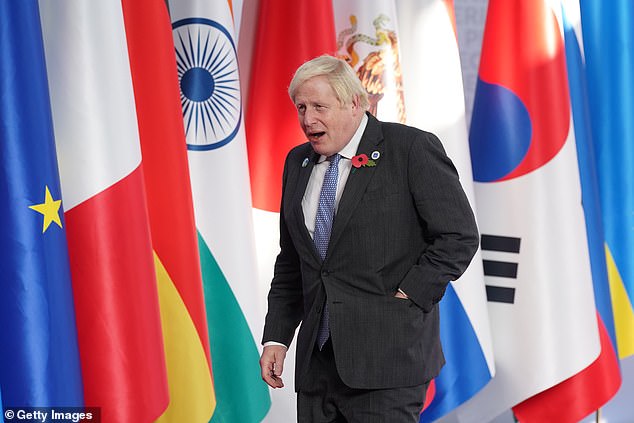 Mr Johnson, who is due to fly from the G20 in Rome to Glasgow on Sunday evening, has said the summit will be ‘the world’s moment of truth’.

‘The question everyone is asking is whether we seize this moment or let it slip away,’ he said.

‘I hope world leaders will hear them and come to Glasgow ready to answer them with decisive action.

‘Together, we can mark the beginning of the end of climate change – and end the uncertainty once and for all.’ 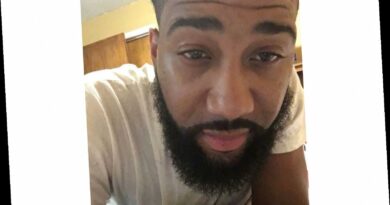 Tenn. Cop Accused of Kidnapping Man into Patrol Car and Killing Him While on Duty