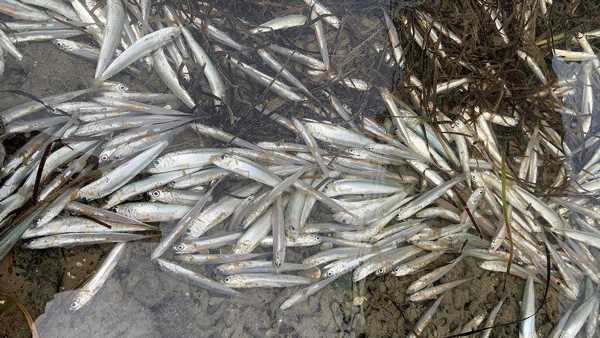 Thousands of fish have been found dead along Auckland’s Beachlands coastline, worrying locals as a strong stench lingers.

Mandy Reeves was going for a walk on Monday when she noticed a smell near the Pine Harbour marina.

But it wasn’t until around 1pm on Tuesday when she discovered a sea of dead fish.

Reeves told the Herald there were thousands of the same type of fish dead in the water and on the rocks.

“There are thousands of them. On Monday there was a smell but no sign of fish. Tuesday I was down near the marina and I thought oh gosh what is that stuff?

“And the coastline was covered in white. There were thousands of them.

“They were white-silvery long fish. It’s very smelly, it really stinks down there. But the water looks relatively clear.”

In photos obtained by the Herald, the fish are seen lying lifeless in the water, along the coastline and on top of rocks near Pine Harbour’s marina.

A Department of Conservation spokesperson told the Herald the fish are a mixture of anchovies and sprats.

“These are important forage species for terns and penguins.”

While Reeves doesn’t know what caused them to die, she said it looked like they were trying to “save their own lives”.

“It looks like they’ve tried to jump up on the rocks and get out of the water. There were about 40 of them that looked like they were trying to save their lives.

“It’s such a terrible sight to see.”

Another local who saw the fish said the “seagulls weren’t touching them and it stank”.

The Ministry for Primary Industries has confirmed it will be investigating.

Wendy McDonald, acting director MPI Diagnostics and Surveillance, told the Herald at this stage their deaths don’t appear to be due to algal blooms or spills.

“MPI Aquatic and Environment Health investigators are looking into the report from a member of the public that large quantities of dead fish have been found close to the Pine Harbour Marina.

“We take New Zealand biosecurity very seriously and we have been in contact with DoC and the regional council.

“So far, there has been no notifications of algal blooms or spills events that we are aware of. Fish samples (most likely pilchards or anchovies) are being submitted to the Animal Health Laboratory for testing for the presence of exotic disease organisms.”

Reeves has since handed over samples from the dead fish to authorities to investigate further. 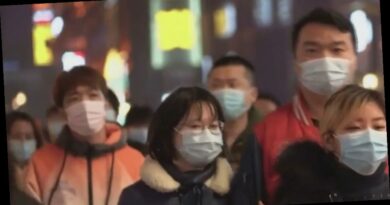 Nearly 3,800 incidents of racism against Asian-Americans in past year, study says