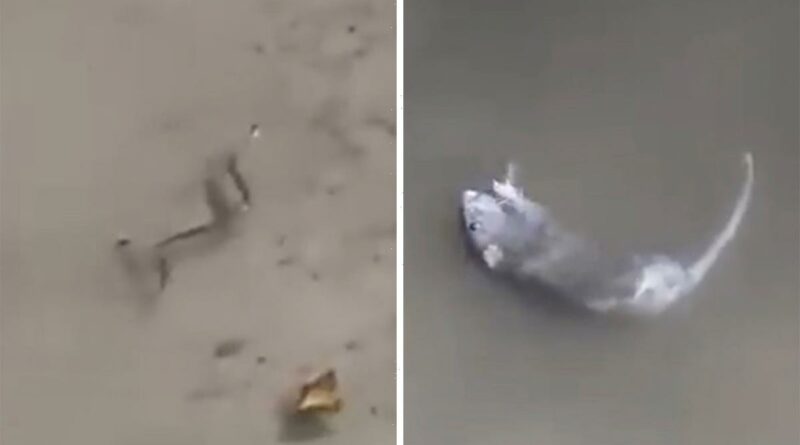 SNAKES and rats were seen swimming through the floodwaters in New York and New Jersey on Wednesday night as crazy videos showed the damage caused by record levels of rain.

The powerful remnants of Hurricane Ida swept through the tri-state region overnight, reportedly resulting in the deaths of at least 24 people. 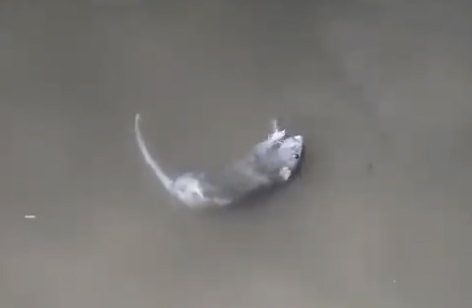 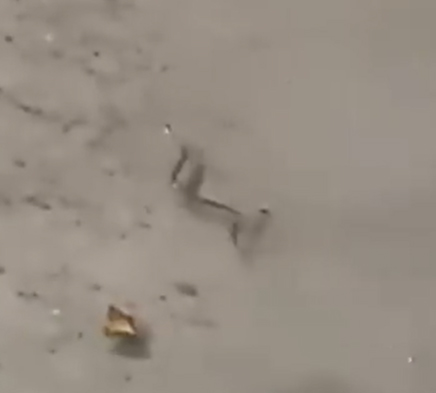 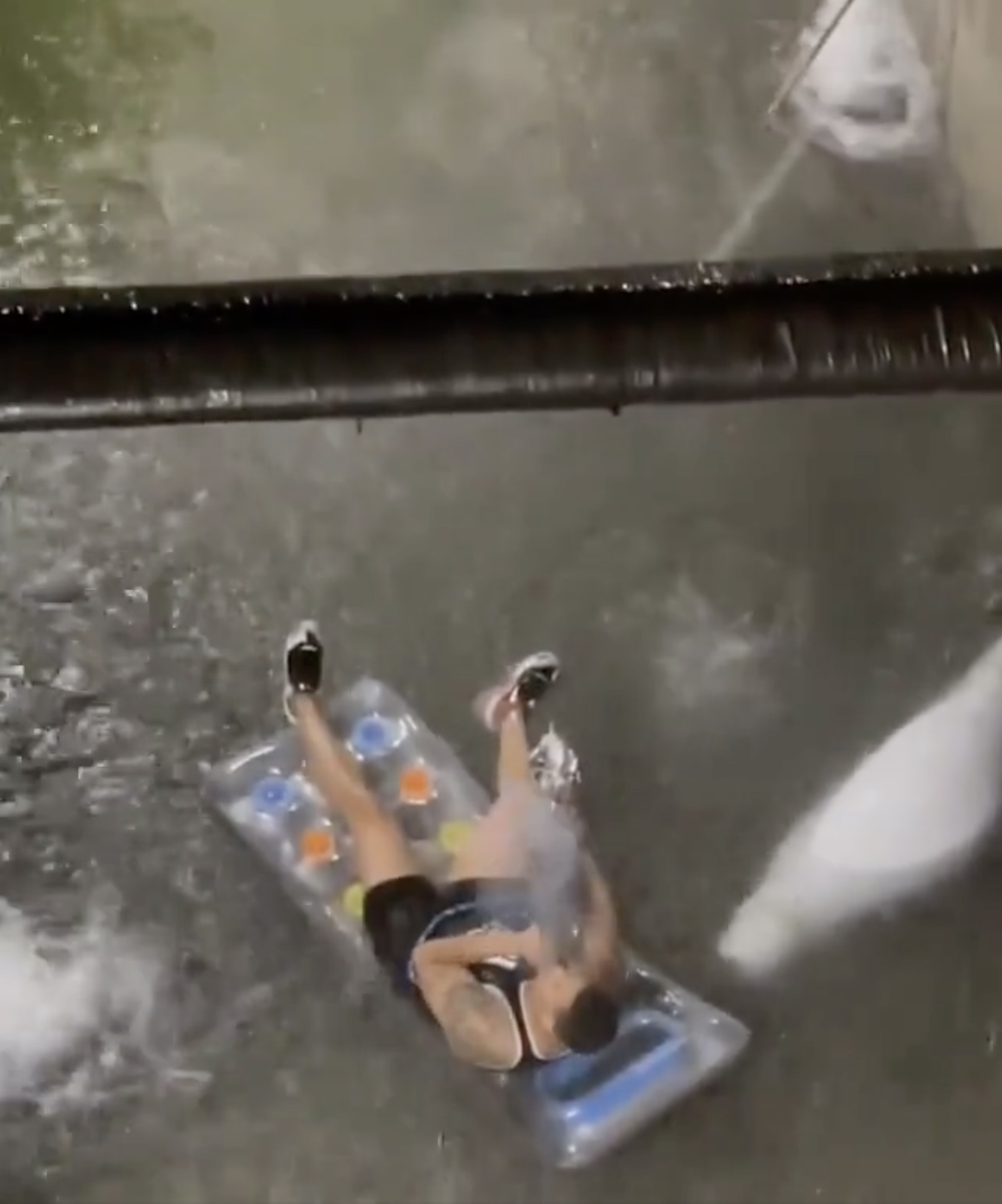 As the floodwaters rose, some were forced to abandon their cars in the streets, and subway service was suspended as New York Governor Kathy Hochul admitted on Thursday that the city was caught out.

Videos posted to social media showed rats swimming through the subway floodwater as commuters desperately tried to get home.

Other footage showed fires being sparked by the water damage to the subway system, and passengers being aided through tunnels trapped in between stations.

Water flooded through the roof of many stations leaving commuters wading through knee-high water to escape the storm.

The flooding chaos in New York comes as…

Before the subway service was suspended, passengers were filmed running through waterfalls of water over the train doors in order to get onto the car.

And some subway station stairs were left impossible to climb as water rushed down.

Passengers on NYC buses were forced to reckon with the floodwaters rising in the vehicle as they tried to make it through the streets.

While in Queens, abandoned cars were seen floating along streets where floodwaters had reached extreme levels.

Others tried to make the most of the record-high floodwaters with one man filmed taking out an inflatable water lounger and smoking a bong or a hookah as he floated outside his apartment.

In New Jersey, snakes were filmed darting through the floodwaters as residents battled against both the rain and devastating tornadoes.

A two-year-old boy and two of his relatives were among the 24 dead after torrential downpours and tornadoes battered the northeastern USA. 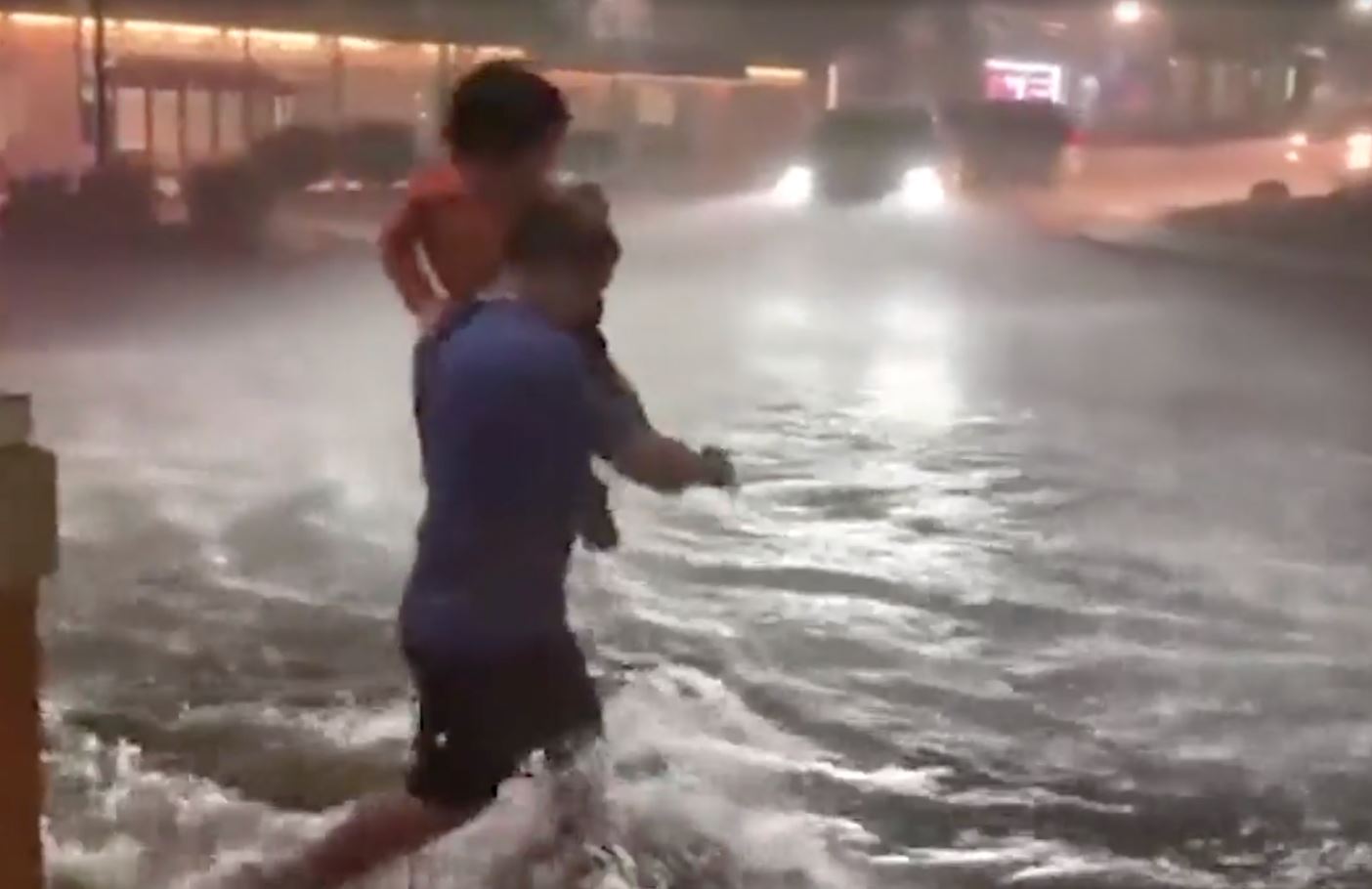 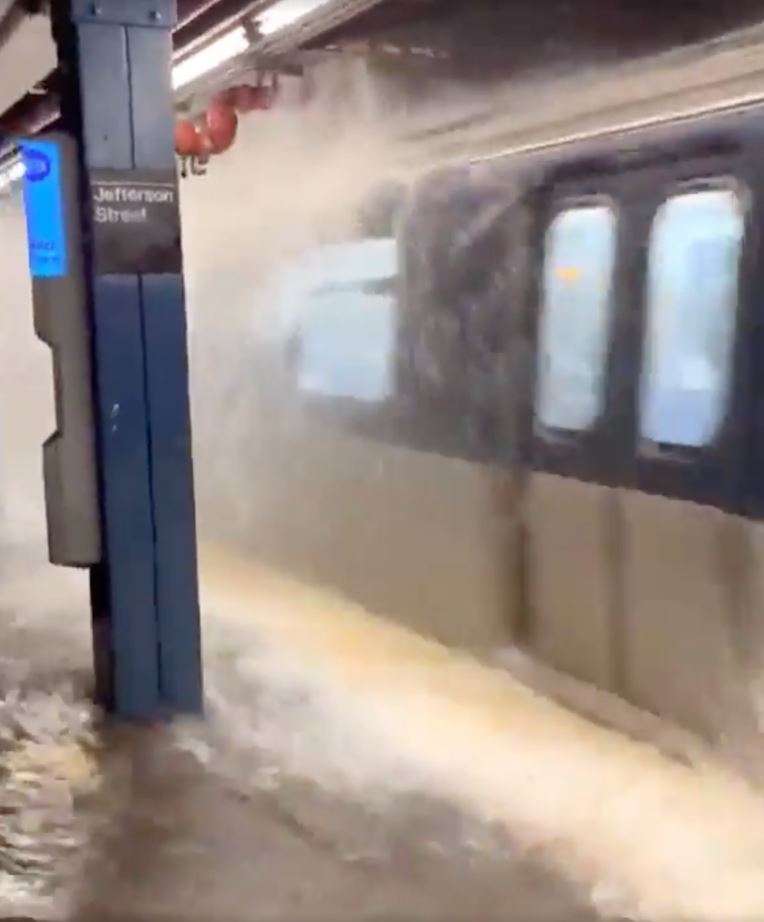 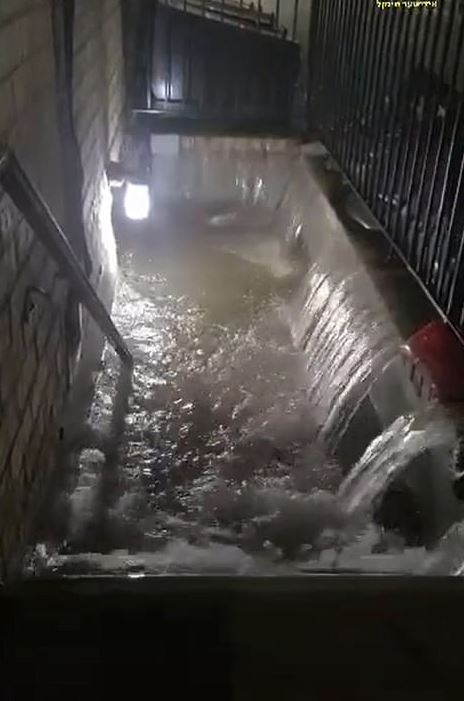 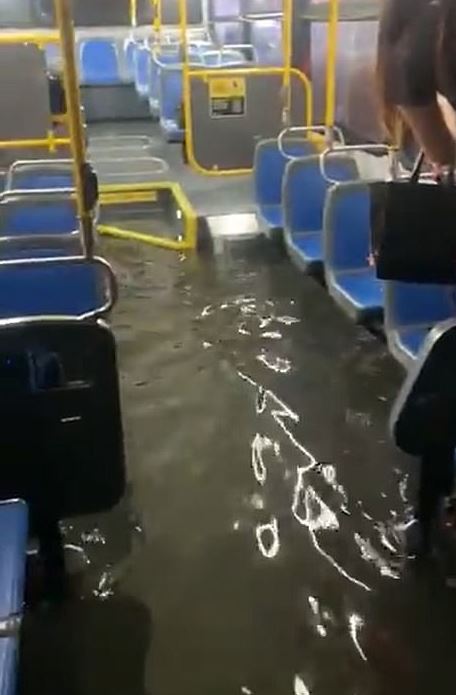 In NYC, four women, three men, and the two-year-old died in five separate flooding incidents in the city, police said.

The body of a ninth victim was discovered in the back of a submerged car earlier this morning.

In New Jersey, five residents of the same residential building were found dead in Elizabeth and at least one elderly man drowned in a car submerged by floodwaters.

Details regarding the other eight deaths in the Garden State were not immediately clear.

At least two other people have been reported missing.

Mayor Bill De Blasio and Governor Hochul of New York City declared a state of emergency for the metropolitan area on Wednesday night, as did officials in New Jersey.

The alert level is reserved for “exceedingly rare situations when a severe threat to human life and catastrophic damage from a flash flood is happening or will happen soon.”

Central Park and Newark each saw more than three inches of rainfall in just one hour yesterday, the most ever recorded at those locations in that timeframe.

Between six and 10 inches of rain fell over the space of several hours, the National Weather Service reported.

Climatologist Brian Brettschneider called the freak rainfall a once in a 500-year event. 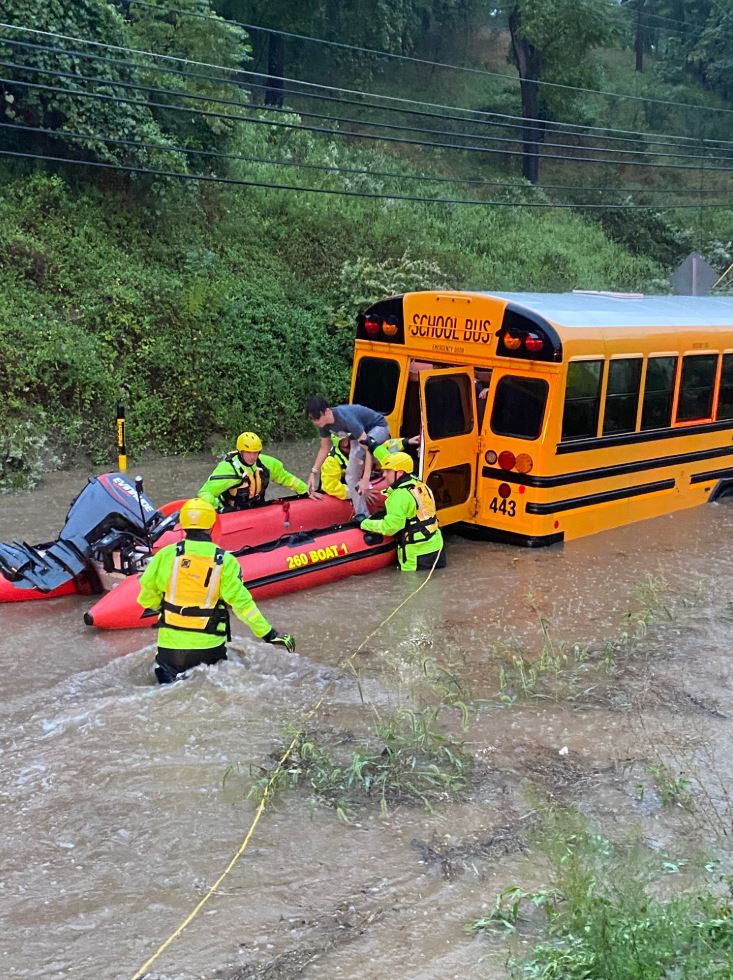 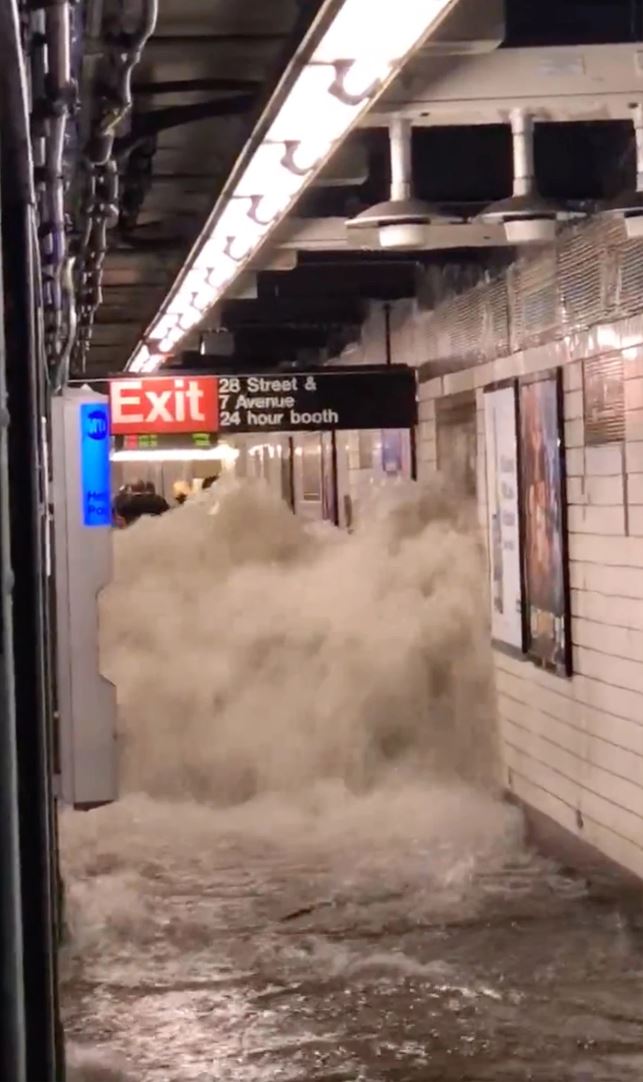